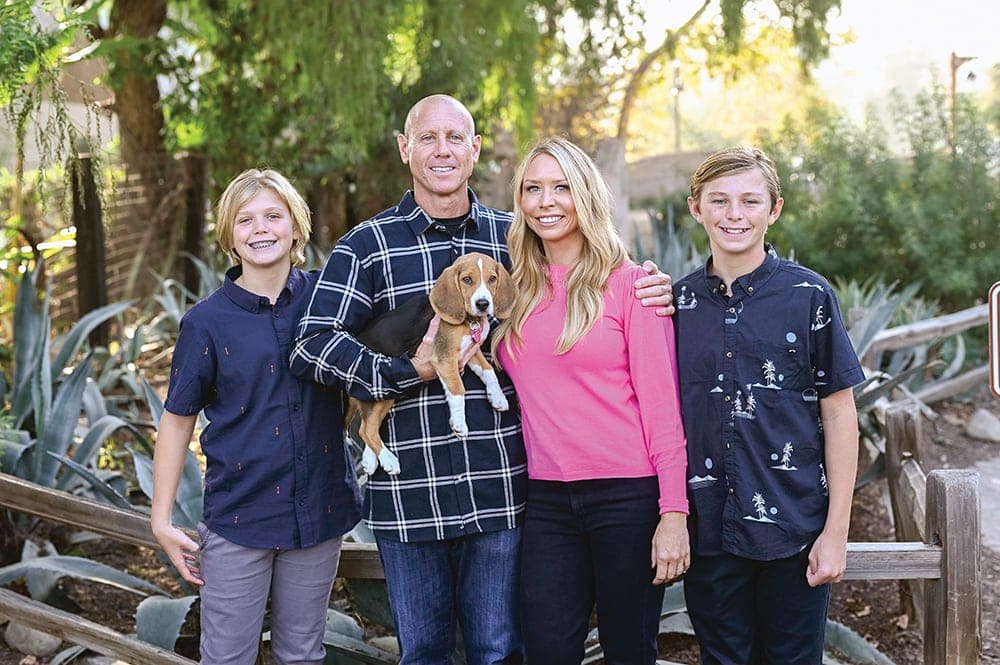 On January 6, firefighter Jonathan Flagler lost his life in the line of duty while battling a house fire in Rancho Palos Verdes. The husband, father of two, and San Pedro native served as a firefighter for 21 years and is remembered as a kind spirit by friends and colleagues. Ron Good, a close friend of Flagler’s for over a decade, describes him as an easygoing and compassionate individual. “Some people are hard to get along with, but that was not the case at all with Jonny,” reflects Good. “He was a genuine person and was easy to be around. He cared about everybody and about the things that were important to them.”

Flagler grew up in San Pedro, where he discovered a love for firefighting as a teen in Los Angeles County’s Fire Explorer program. After graduating from San Pedro High School in 1992, he enrolled in El Camino College’s Fire Sciences program and later completed the Rio Hondo College Fire Academy. He went on to earn his bachelor’s degree in Fire Administration from Cal State Los Angeles in 2001 before being hired as a firefighter at Station 1 in the City of Vernon in 2002. He would serve Vernon for the majority of his 21-year career until it was subsumed by the Los Angeles County Fire Department in 2020. From then on, he worked at Station 83 in Rancho Palos Verdes, mere blocks from his childhood home. 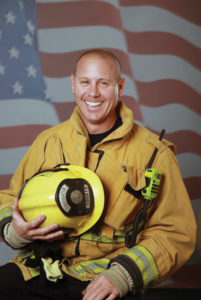 Along the way, he met his wife, Jenny. The pair married in 2003 and settled down in Flagler’s San Pedro home. They soon became parents to two boys and moved to San Clemente, where Flagler’s life revolved around his family. He coached his sons’ baseball teams, and the family held holidays at their home. He spent his yearly vacation with his wife and kids, bringing the bunch skiing in Aspen or camping on Pismo Beach. Retired Fire Chief David Moore, who worked with Flagler at Station 1 for 19 years, recalls the vacations fondly. “When Jon got that guaranteed one week off, he took advantage of it. He got the nickname ‘Jonny Grande’ for living large and always doing it with his family.”

At the station, Flagler is remembered as a family man. JP Vittorio, whom Flagler trained when Vittorio joined Vernon Fire in 2010, recalls that Flagler often thought of his sons while on duty. “At the station, we’d joke that Jon never wanted to work weekends. It was because he wanted to spend time with his kids — they were his number one.” Moore agrees. “I can’t tell you how many times Jon would be on the phone with his kids helping them with their homework.” In addition to his family, Flagler cared deeply for his coworkers. “Jon would take you out hot walking,” recalls Moore. “If you had problems in your life, and everyone does, Jon would say, ‘Hey, let’s go and take a hot walk.’ That was his term for going out behind the station, walking up and down the alley, and listening to you. He would counsel you and help you through it.”

Devoted to his loved ones as he was, Flagler hardly shirked his firefighting duties. Moore describes him as an exceptional firefighter whose shrewdness made him a valuable crew member. “Jon was sharp. I could put him anywhere on the fire truck — he could do paramedic work or bust a roof in. When he was on my unit, I knew we were in good hands.” When speaking of Flagler as a mentor, Vittorio lauds his leadership skills. “When I first started as a volunteer, Jon was that mentor that I looked up to,” he explains. “He was just the nicest guy, the guy I felt comfortable going up to and talking with. But he also wanted to make sure that I was a good firefighter, and he was always willing to take time out of his day to help me practice what I needed to work on.”

According to Moore, Flagler was also a joyful individual with an infectious attitude. “You remember the sticker ‘No Bad Days?’” he asks. “That was Jon.” Vittorio elaborates. “He was the funniest guy to be around. There were so many times at the firehouse where we’d be in the kitchen, and he would have me crying laughing. That’s how hilarious he was. And his laugh — it was the icing on the cake.” That humor proved to be an asset on the job, and Flagler was known for his ability to put people at ease. “Jon and I went to Chico to fight the wildland fires,” recounts Moore. “When you spend 14 days out on the road in the dirt, it’s not easy. We work 24-to-48-hour shifts. It’s all about the people you go with, and when I was with Jon, it was fun. The guy was just so jovial, so hilarious, so easy to get along with.”

To commemorate 21 years of exceptional service, Flagler’s former station will be renamed the Jonathan Flagler Memorial Training Center. Moore, Vittorio, and Good believe it’s an excellent way to honor the man beloved by many and remind others that firefighters risk their lives on behalf of their communities. Friends and colleagues also plan to build a private memorial solely for his wife and two sons at their home in San Clemente. “Ten or so of us guys are going to his house to build a memorial wall for his family,” Moore says. “It’s the least we all can do for Jon. He was larger than life. He had an infectious smile and a laugh that was contagious. He was a great man, great firefighter, great husband, great father, and a great friend.” spt