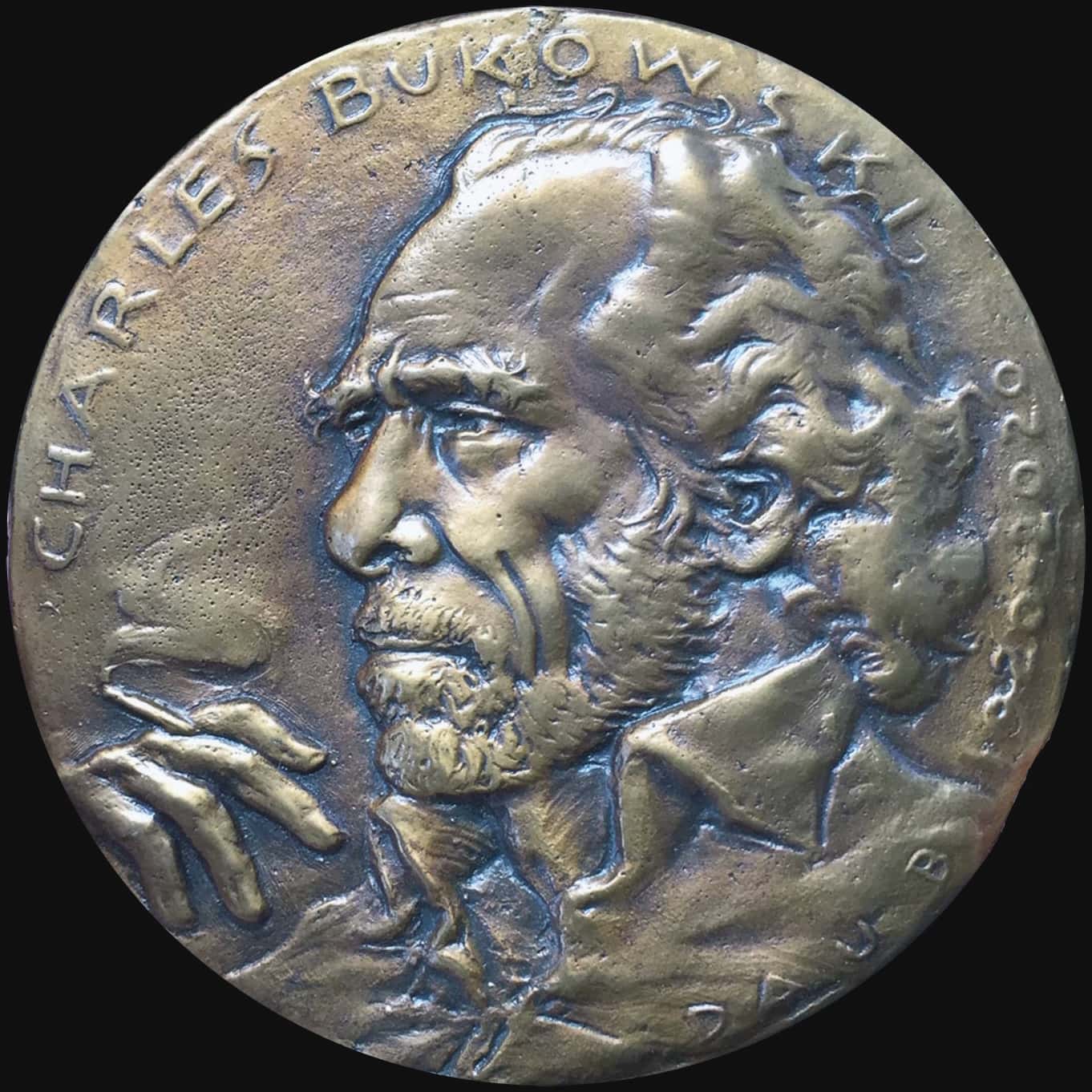 You Deserve a Medal

When we first announced our campaign to honor Charles Bukowski with a statue, the community support was overwhelming. Two years later, we’re still dedicated to making our dream of “Bukowski in Bronze” a reality. So much so that we’ve created a little something to tide us over while helping us reach our goal.

During quarantine, with the Bukowski celebrations canceled, famed sculptor Eugene Daub was sitting in his San Pedro studio thinking of another way to honor the local poet’s centennial. After staring at some of his preliminary sketches for the statue, Daub was inspired to create a bronze medallion that featured a relief sculpture of Charles Bukowski smoking a cigarette. On the medallion’s reverse, Daub carved one of his favorite quotes, “What matters most is how well you walk through the fire.” The words carrying much deeper meaning during a lockdown when so many were suffering.

Eugene Daub knew that what he had created was special because it was most likely the first time the writer had ever been immortalized on a medal. Daub, who serves as the vice president of the American Medallic Sculpture Association (AMSA), submitted his Bukowski medal to the group’s American Medal of the Year competition, where it was chosen as the runner-up for 2021.

Eugene Daub has generously offered to make a limited casting of his award-winning bronze medallion available as a fundraiser for the Bukowski in Bronze project. Less than 100 bronze medallions are available for a donation of $195 (plus shipping costs). Each unique medallion was cast from a clay mold and hand-finished. The medallions measure four inches in diameter and weigh about a pound each.

If bronze is too much of a heavy metal for you, there is also a porcelain casting of the design available with your choice of two different Bukowski quotes on the back, “What matters most is how you walk through the fire” and “Find what you love and let it kill you.” The porcelain medallions are available for a donation of $75 (plus shipping costs).

I’m sure we all deserve a medal for one reason or another. These Bukowski medallions are not only award-winning collector’s items, but all proceeds will go to support the Bukowski in Bronze project. Until we can get our full-sized Bukowski statue, we can all hold our bronze medals close knowing that we helped bring it even closer to reality.

If you are interested in a Bukowski medallion, please email angela@sanpedroheritage.org.

Orders will only be taken via email; donations made via GoFundMe are not eligible for this fundraiser.

About the Artist: Eugene Daub is highly recognized for his expressive portraits and figures. His heroic figure of Rosa Parks was unveiled in the Statuary Hall of the U.S. Capitol in 2013. Daub has completed over 40 major public art commissions. He has heroic bronze figures in three U.S. capitals and works in the collections of the British Museum and the Smithsonian Institution. Daub is the recipient of the highest national awards for sculpture and relief sculpture. spt