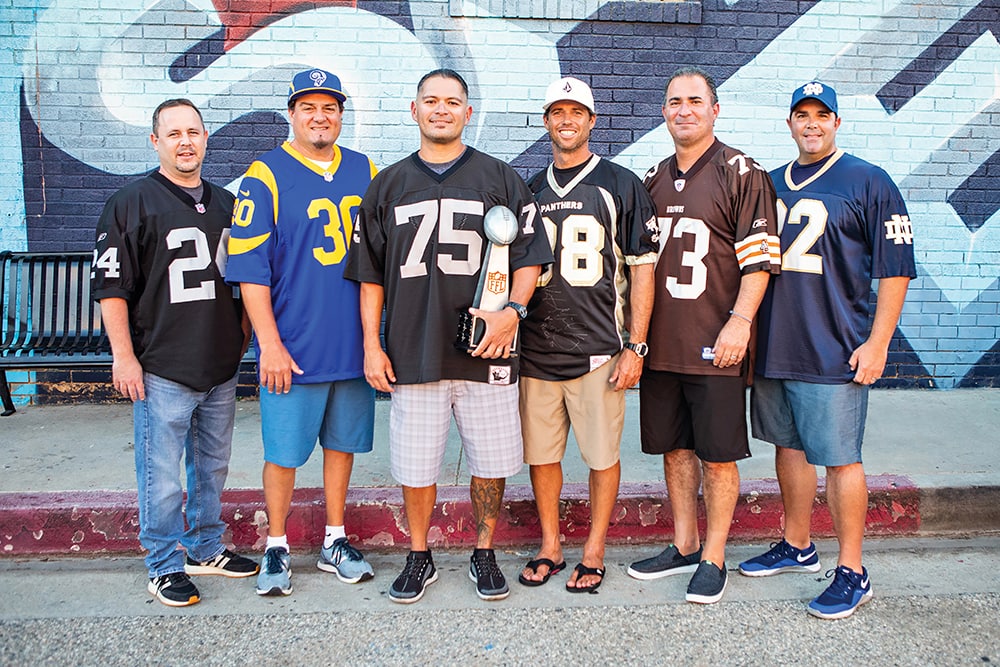 For a small group of lifelong friends in San Pedro, every Labor Day weekend for the past 19 years has been spent together in heated competition. It’s their fantasy football league draft day, a day that holds almost as much importance to them as New Year’s, Christmas, and maybe even their own birthdays. That isn’t an exaggeration.

If this was a typical year, a barbecue pool party would ensue. Their families would get together, plenty of food and beverages would be had, and the aptly named San Pedro Fantasy Football League’s 20th draft would take place. But with 2020 being the complete dumpster fire of a year that it’s been, there will be no pool party this year. Instead, this group, some members of which have known each other since grade school, will get together responsibly in their league commissioner’s backyard, with masks on and seats socially distanced apart, with no families or non-league friends allowed, and have their annual draft. This wasn’t exactly how they wanted to be celebrating their 20th anniversary, but here we are.

“The draft was and will always be the most fun part of the entire season,” says John Mattera, 47, a freelance photographer (San Pedro Today) and one of six remaining original members of the league. “This year, because of everything going on, we wanted to be responsible and asked everyone if they felt comfortable meeting this way, and we all agreed it would be okay.” Fortunately for this particularly rambunctious group, they can still trash talk with a mask on.

Formed in 2001 by Mike Trani and James Santos, the SPFFL started when most of its members were in their mid to late 20s. As the years rolled on, members came and went. The current league, made up of 12 teams, includes original members David Young, Matt Redlew, and Tony Galletti, along with Trani, Santos, and Mattera.

“Our [draft day] parties were a lot of fun,” says Trani, 48, co-owner of Gold Star Catering. “Great friends, amazing food, smack talk, ‘champ juice,’ and I usually wake up the next morning not remembering a single draft pick.”

A lot can happen in 20 years. As the men grew up, the league’s dynamics changed. Girlfriends would eventually join in on the draft festivities (some would even play and win); some would turn into fiancés and then wives; kids would eventually be born. As their families grew, so did their draft day party, which had turned into a multi-family event over Labor Day weekend.

“Being a part of this fantasy league has been a great experience,” says Young, 44, a teacher and the head football coach at Peninsula High School. “We have had so many members come and go, along with some memorable years.”

While writing about a local fantasy football league might sound silly, the fantasy sports industry’s success is impressive. According to a 2016 report from the Fantasy Sports & Gaming Association, fantasy sports is a $7.22 billion industry with nearly 60 million fantasy sports players in the United States and Canada, with 80 percent playing football. The game has become so popular that there was even a sitcom on FX called The League (2009-2015) starring Mark Duplass and Nick Kroll that centered on a fictional fantasy football league.

In an interview last fall, Paul Charchian, president of the Fantasy Sports & Gaming Association, told Sports Business Journal, “I challenge anybody to come up with a single element in the history of football that has changed and progressed the game more than fantasy football has. It has been a seismic shift in how the game is consumed and the level of interest.”

For those unfamiliar with the game, here’s a quick primer: Every year before the NFL season starts, millions of people spend endless hours researching the statistics of NFL players in order to “draft” them onto their fantasy teams that they “own.” There’s usually a buy-in to own a team, which consists of a virtual roster of real NFL players. The SPFFL plays in a points-per-reception league, where players (in any position) earn one point for each reception or catch. Players also get points for yardage and touchdowns scored. During every NFL game, players are tracked, and points are tallied by their performance on the field. Basically, the team with the most points wins, usually a cash prize. There are other prizes for the Super Bowl and individual team/player performances. There’s a lot more to it, but you get the picture.

“Cash rewards are okay, but nothing beats bragging rights among friends,” says Santos, 43, the league commissioner, a record five-time SPFFL champion, and an ILWU Local 13 longshoreman.

Each season brings with it its ups and downs. Players get injured, trades are made. Players they thought would perform don’t, while undrafted players can become heroes. For the 17 weeks of the regular NFL season, the members of the SPFFL ride a rollercoaster of emotions as they try and manage a winning fantasy team.

“It’s insane,” says Tony Galletti, 45, a seafood salesman. “[Santos] forces the trash-talking with his incessant appreciation of his team and all of its ‘fortunate’ success.”

With the coronavirus pandemic still engulfing the country, questions remain to see whether the NFL can even pull off a 2020 season. The NBA and NHL have proven it’s possible by setting up quarantined environments (or “bubbles”) for players and staff and playing games in empty arenas. However, Major League Baseball, which did not set up a bubble and instead are playing their normal games in empty stadiums across the country, found itself having to reschedule a number of games due to COVID-19 outbreaks. Like MLB, the NFL also chose to proceed without a bubble system. With the 2020 NFL season set to start on September 10, only time will tell if the league’s preparations will work, because if there’s no NFL, there’s no fantasy football either, and the SPFFL’s 20th anniversary will have to wait another year.

“I believe that if they make it through week five or six, then they may be able to get through the full season,” says Trani. “Although, I do think that it’s going to be a big challenge for them to reach that point.” spt 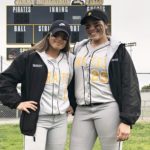 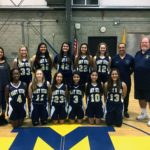 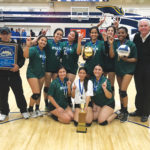 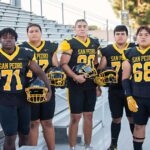