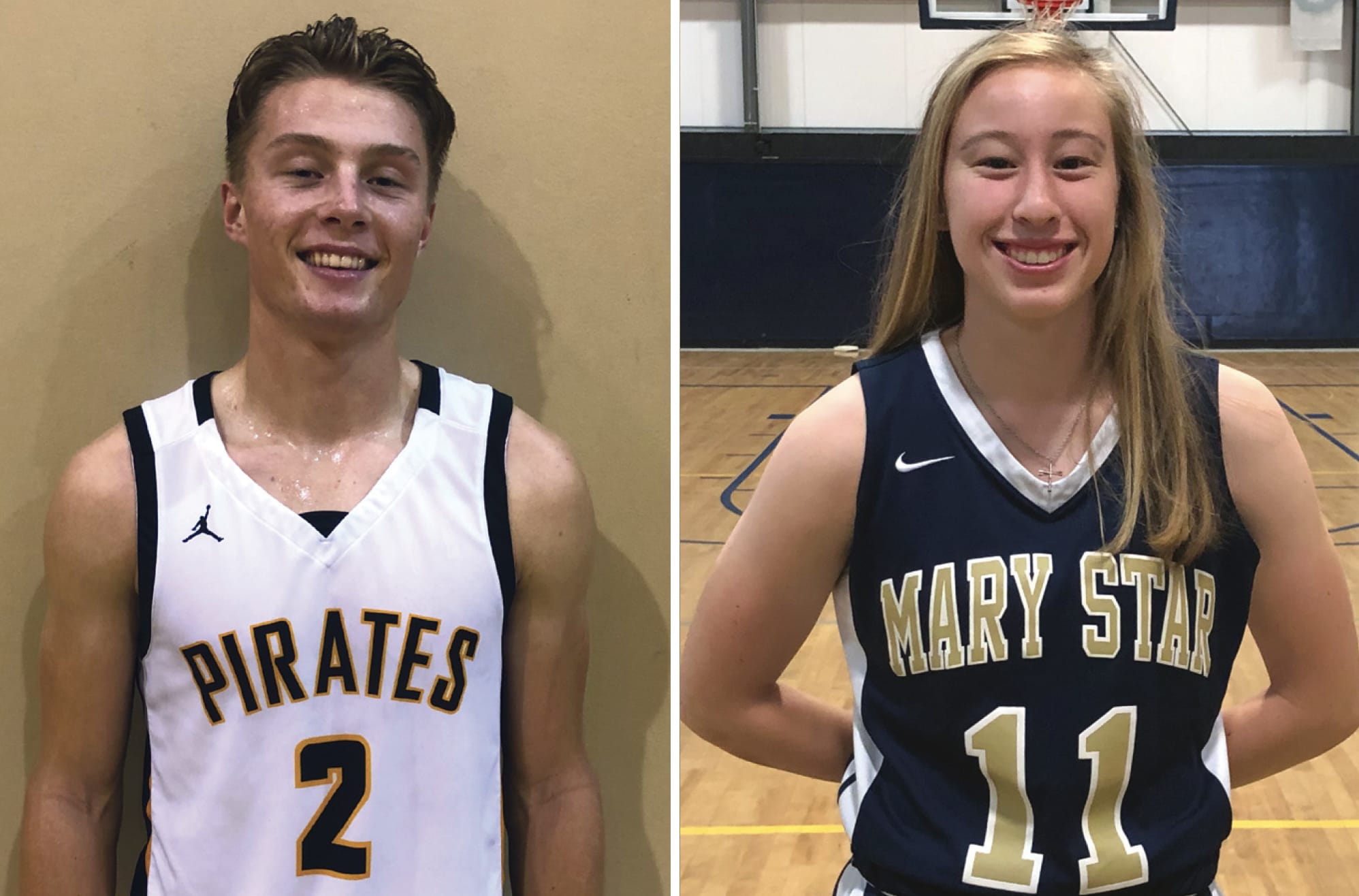 The 2019-2020 San Pedro prep basketball season been in full swing since late November, and all six combined boys and girls teams from San Pedro, Mary Star of the Sea and Port of Los Angeles high schools are looking to make potential runs in the postseason, while the boys and girls teams of Mary Star both have the most optimistic chances of winning a league championship. Who will make the biggest shot of them all?

The All-Santa Fe League senior guard tandem of Adrian Alvarez and Aaron Martinez leads the way, while senior forward Henner Joseph will play a more prominent role in the starting lineup alongside them. An up-tempo style is still what Sestich prefers for Mary Star, even with 6’10” international transfer from Sudan, center Yel Deng now in the mix. Another Star primed to break out is senior G/F Chandler Blackwell.

All-Marine League senior guard Ian Hietala has shown the capability of making the difficult shots more consistently for the Pirates, currently off to a 13-7 season. San Pedro inherits a young team that still has experience with the likes of Hietala, junior forward Robby DiStefano, senior guard Jerad Braff and senior guard Jackson Wimberly, a 5’9” slasher with leaping ability. Wimberly dunked in the Pirates’ season-opening 78-60 win at Bravo Medical Magnet on November 25.

POLA – Now in his third season as coach, Spenser Schulte has high hopes for the Polar Bears, who made another appearance in the CIF-LACS Division 4 playoffs.

With powerhouses Washington Prep and King-Drew Medical now in the Coliseum League, chances of capturing an Imperial League title dramatically increased, but Jordan of Los Angeles appears to be the favorite, plus the Polar Bears still must deal with rival Harbor Teacher Prep.

GIRLS
MARY STAR – Last year was very good for the Stars and seventh-year coach Victor Tuberosi, as they made two distinctive postseason runs, reaching the CIF-Southern Section Division 5-AA semifinals once again, and even reaching the quarterfinals of the CIF Southern California Division 5 Regionals.

And so far, the Stars are off to a 12-7 start, reaching the finals of the Downey Calvary Chapel Tournament and winning the St. Monica Tournament.

Now the Stars have higher hopes of trying to win a league championship for the first time since 1984, but will have to defeat both defending Santa Fe League champion St. Genevieve and St. Pius X/St. Matthias Academy for those dreams to become reality.

SAN PEDRO – Kevin Simpson takes over the coaching spot for the Lady Pirates, who have been brutally tested facing top-notch teams in the early going. Yet, San Pedro will look to turn the corner in what looks like a more competitive Marine League, which still has Narbonne as the prohibitive favorite.

Junior center Gianna Dileva, senior forward Stormy Carter, and junior guard Courtney Marshall have carried most of the workload for the Lady Pirates. All-Marine League senior power forward Adri’yanna Edmonds returned at the start of Marine League play on January 15 and has been an even more dangerous post presence.

POLA – The Polar Bears reached the CIF-LACS Division 4 playoffs last season and will be paced by senior point guard Annie Le, along with the duo of senior forward Kaylen Scott and freshman guard Sasha Suggs; the latter two are familiar to everyone else at the San Pedro-based charter school campus.