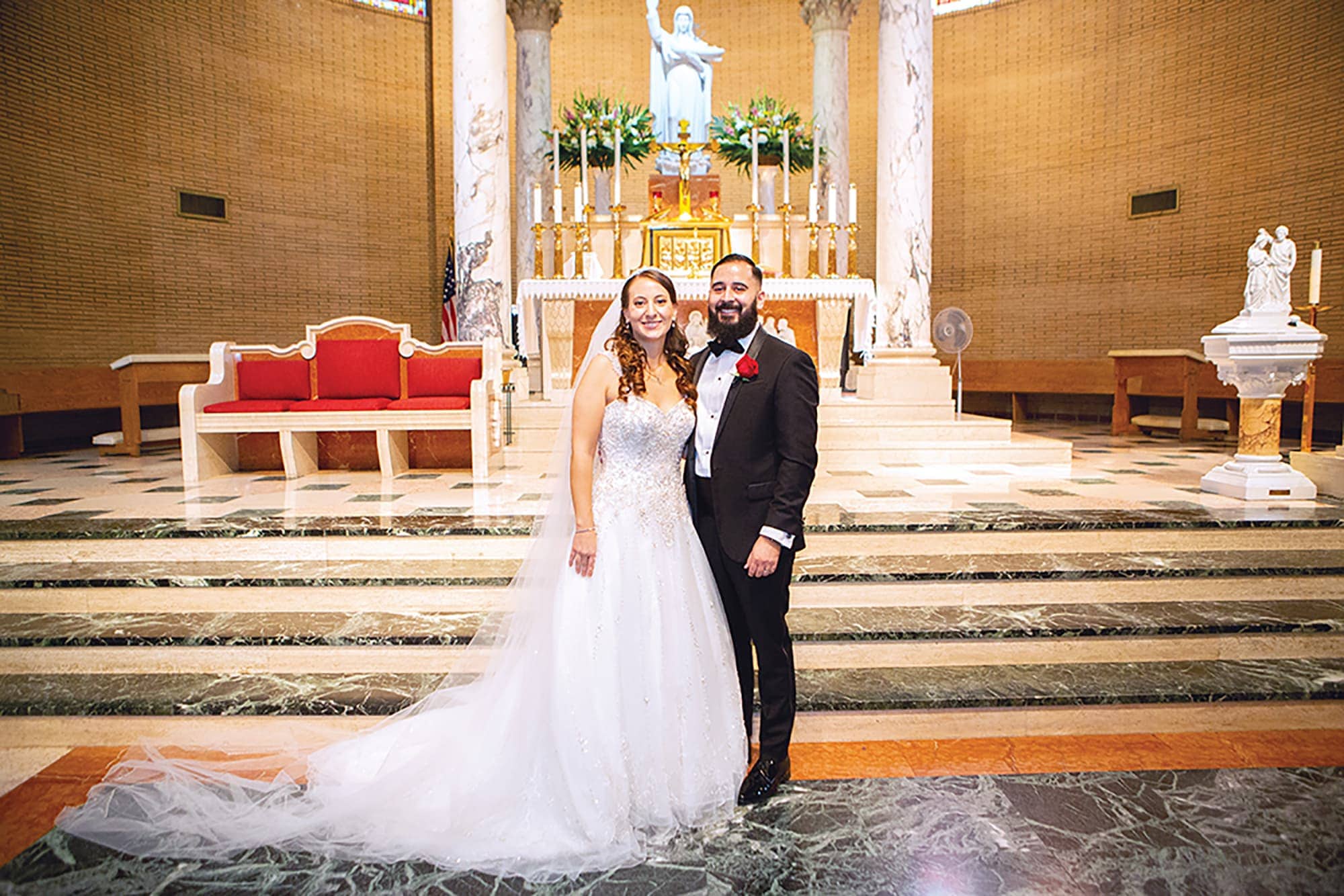 “Enrique is the whole package for me,” says Elizabeth (Saputo). “He is ambitious, thoughtful, creative, and loving.” Adorably in turn, Enrique praises his wife, saying, “I love everything about Elizabeth. Especially her down to earth personality and outlook on life.”

The couple met in 2015 in Long Beach, where Enrique moved from Santa Ana, and where Elizabeth works. Their relationship literally bridged into a new chapter on Labor Day of that year. After participating in the Conquer the Bridge run/walk over the Vincent Thomas Bridge, Enrique officially asked Elizabeth to be his girlfriend.

Enrique decided to propose during an adventurous vacation in New Zealand. “I attempted to propose at least three other times during the course of the trip,” remembers Enrique. “But weather elements and locations just didn’t come together.” Finally, on December 13, 2016, Enrique found the right spot. “We were atop a beautiful hillside rose garden, enclosed by gorgeous mountains,” Elizabeth remembers fondly. Enrique ruffled through his backpack, pulled out a small, purple box, got down on one knee, and asked her to marry him. “He couldn’t have picked a more perfect place,” describes Elizabeth. “Surrounded by amazing roses, my favorite flower, and at one of the most picturesque places I’ve ever seen.”

On September 29, 2018, the couple celebrated their wedding day, surrounded by the love of 190 friends and family. Their ceremony was held at Mary Star of the Sea in San Pedro, with the Catholic mass officiated by Father Patrick Foutts, Elizabeth’s fifth-grade teacher. The bride was escorted down the aisle by her parents, Giuseppe and Josephine Saputo. “One of my favorite moments was seeing Elizabeth for the first time walking down the aisle,” says Enrique. “I remember thinking: Our day is finally here.”

An evening reception was held at the Dalmatian-American Club, where tables were decorated with colors of white and silver, and floral arrangements of various white flowers and red roses.

The celebration included several special touches that celebrated both the bride and groom’s heritage. Serenading guests during dinner was Mariachi Garibaldi de Jaime Cuellar, performing traditional Hispanic music. Another memorable moment was welcoming both the wedding party and guests to participate in a lively and traditional Italian dance, the tarantella. “We both had so much fun being together in the center of the dance floor,” says Eliza-beth. “It was a blast.”

And you can’t have a San Pedro-born Italian bride without dessert. The wedding’s homemade sweet treats included a variety of cookies and cannoli. Each guest also received favors of the traditional Italian bomboniere, which included five different flavors, including strawberry, torta caprese, mojito, mille-foglie, and pistachio. “The almond sugar candy represents that life is both bitter and sweet,” says Elizabeth, explaining the meaning behind the tradition. “There are five candies to represent the five wishes for the new husband and wife, which are health, wealth, happiness, children, and a long life.” 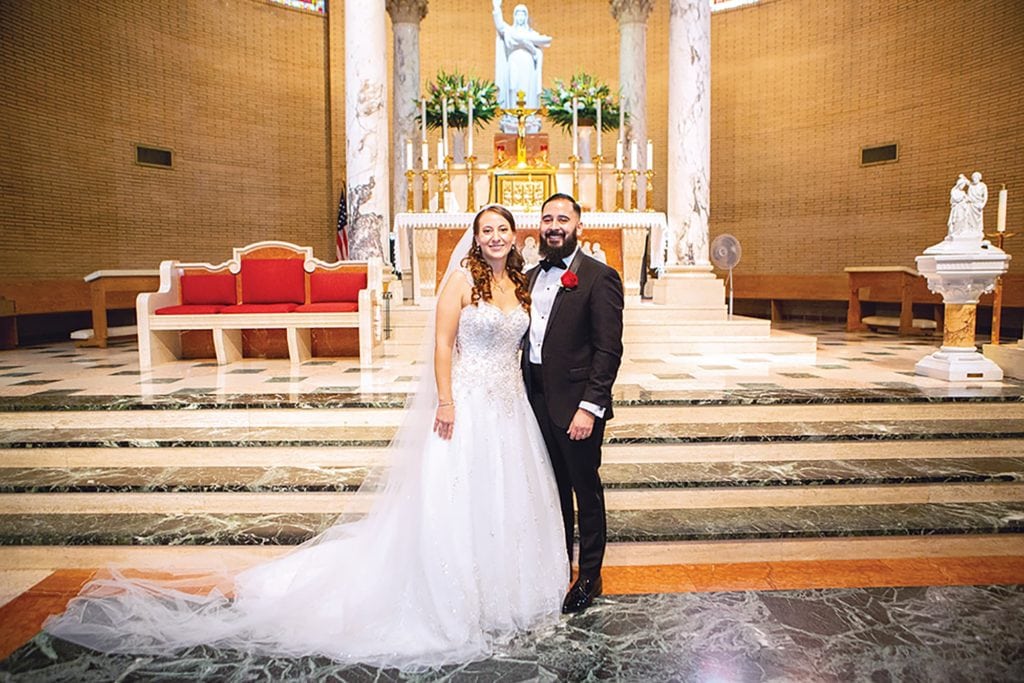 The newlyweds later took a three-week honeymoon, where they packed their vacation full of exciting excursions. While in Mexico, the couple explored the Mayan ruins of Tulum, Coba, and the Chichen Itza – one of the New Seven Wonders of the World. They also traveled to Palm Springs, San Diego, Disneyland, Universal Studios, and even a concert at the Hollywood Bowl.

Happily enjoying married life, the couple looks forward to their next exciting chapter. “In the future, we hope to start a family, enjoy traveling, and creating many more memories together,” says Elizabeth.

Enrique and Elizabeth currently reside in San Pedro. Elizabeth is a dental hygienist, and Enrique is a United States government analyst and freelance photographer.