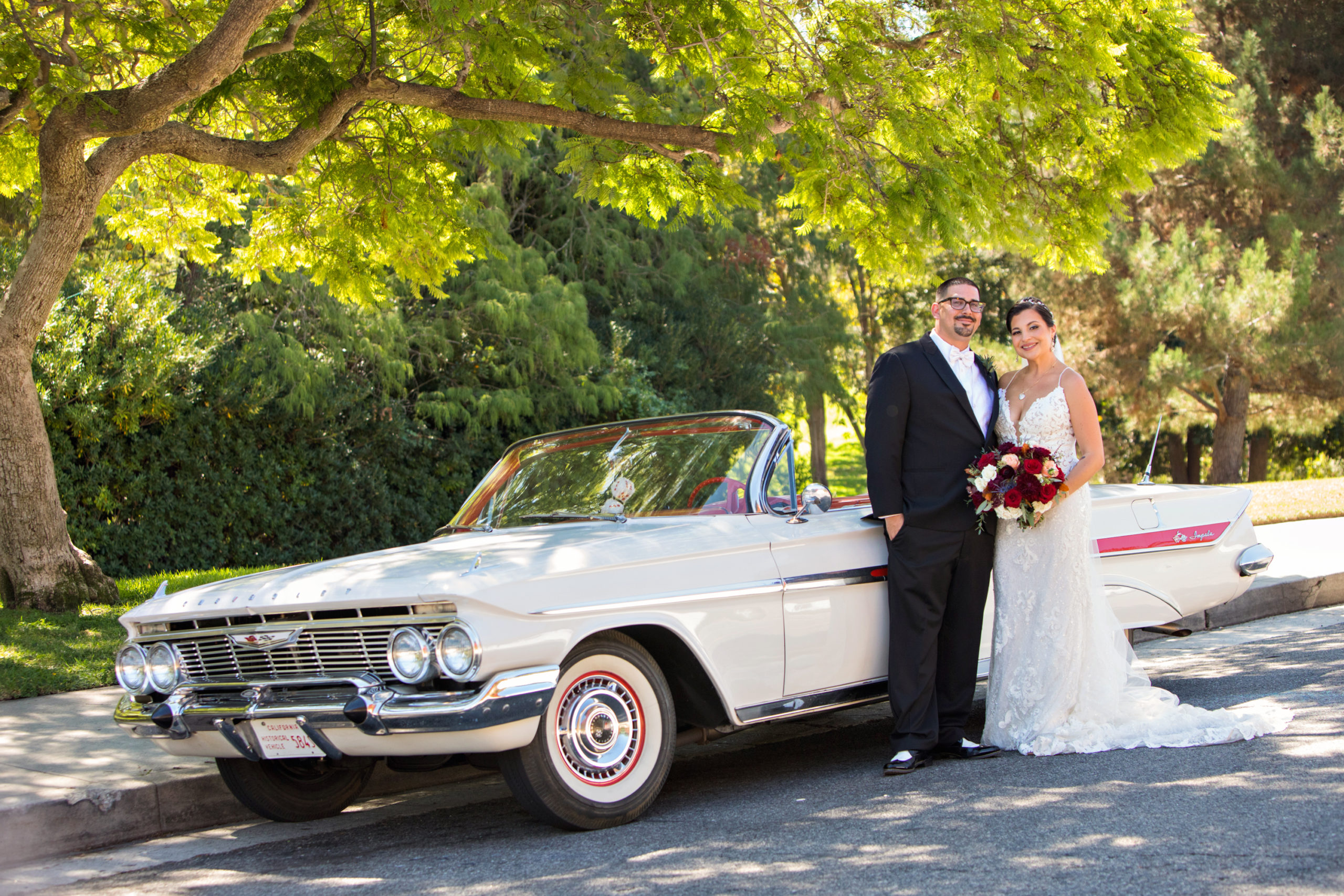 On Super Bowl Sunday in 2019, friends Kristina Lauro and Daniel Moore headed to the Sogliuzzo household to watch the Rams and the Patriots play. Gabe and Erika Sogliuzzo were Kristina’s good family friends, and with Daniel by her side, she braced herself for their inevitable ribbing. “When we were first dating, they’d joke with me, ‘Oh, is your friend coming? Is your friend coming?’” Kristina laughs. At the house that day, the Solgiuzzos didn’t mince words. “Gabe’s wife was like, ‘So, can you just ask her out already?’” recalls Kristina, “And Daniel said, ‘Do you want to be my girlfriend?’ It was so awkward, but it was so funny.” 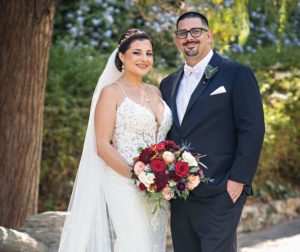 That day kicked off their relationship, and two years later, Daniel and Kristina traveled to Palm Springs with their families for Father’s Day weekend. Though they had discussed marriage before the trip, Kristina remained blissfully unaware of Daniel’s plan to propose, and he caught her off guard as she swam in the pool. “All of a sudden, Daniel is giving a speech and thanking everyone, and I’m thinking, ‘Okay, someone’s feeling emotional today,’” Kristina laughs. “He said, ‘We have a beautiful kid together; I want this to be forever,’ and then he asked me to marry him. It was quite the proposal, in his totally casual style, just exactly how we are.”

The pair set a wedding date and quickly got to planning, aided by Kristina’s mother Sara and friends Josephine Russo-Trusela and Sogliuzzo. Their guest list slowly rose to over 200 people — the isolation of the pandemic fueling their desire for a lively wedding — and on October 2, 2021, they wed at Mary Star of the Sea Church in classic Italian fashion. It was exactly the way Kristina had wanted it. “My family is Catholic, and we were like, ‘Let’s keep the tradition going, let’s get married in the church.’ It meant something special to me, and for him, he was willing to go with it.”

But despite all of the traditional touches, the wedding still had the couple’s casual flair. “When the priest started the ceremony, he actually called us the wrong name — he called us Rebecca and Joel — so I turned around and laughed out loud,” says Kristina. “It set the tone for the whole thing, and everybody was laughing. It was a good feeling in that building.”

Names in order, the mass continued, and the couple said their vows. For Daniel, the moment was long-awaited. “Saying I do, it was a great feeling to know that our marriage was finally official and our family was complete.” Witnessing the nuptials were Kristina’s parents Sarah and Rico Lauro; Daniel’s mother, Candice Binkley; his stepmother, Cindie Moore; and his father, Wayne Moore. The bridal party included maid of honor Samantha Lauro, Sarah Logrande, Olivia Law, Megan Moore, Jessica Trani, Desirae Clark, and Brit Raciak. Rory Moore served as the best man on the groom’s side, flanked by groomsmen Fred Carlin, Flavio Mazzella, Bobby Kulusich, Patrick Ruiz, and Tony Jordan. The flower girl was the couple’s young daughter, Sofia Rajka Moore.

After the ceremony, the party headed to the San Pedro Elks Lodge for the reception, where the newlyweds danced to “Crazy Love” by Van Morrison as their first dance. Kristina recalls feeling awestruck by the atmosphere. “During our first dance, I really noticed that everyone had all eyes on us. They tell you to stop and enjoy the moment, and I feel like we both did that.”

To celebrate the marriage, the couple took a trip to Solvang, Santa Ynez, and Los Olivos, where they went wine tasting and sightseeing. They’re now living in San Pedro and working, Daniel as a longshore mechanic and Kristina as the owner of The Bella Tavola, a charcuterie catering business. Though they’d like to expand their family in the coming years, their careers and raising their daughter are their current focuses. “He works hard every day, and I’m at home with the baby doing my own thing out of the house,” says Kristina. “My end goal is to have my own place in Downtown San Pedro, and he’s also very interested in that.”

When asked what makes their relationship work, the couple believes the answer lies in cooperation and reliance. “We make up where the other lacks, if there’s any lack happening,” says Kristina. “We balance each other out like crazy.” Daniel agrees. “Two big qualities that I love about our relationship are dependability and trust,” he says. “We can go anywhere together and always have a great time.” spt 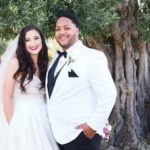 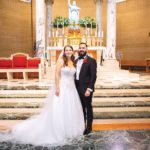 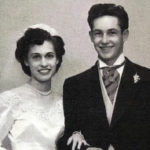 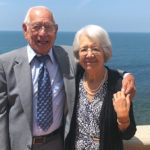