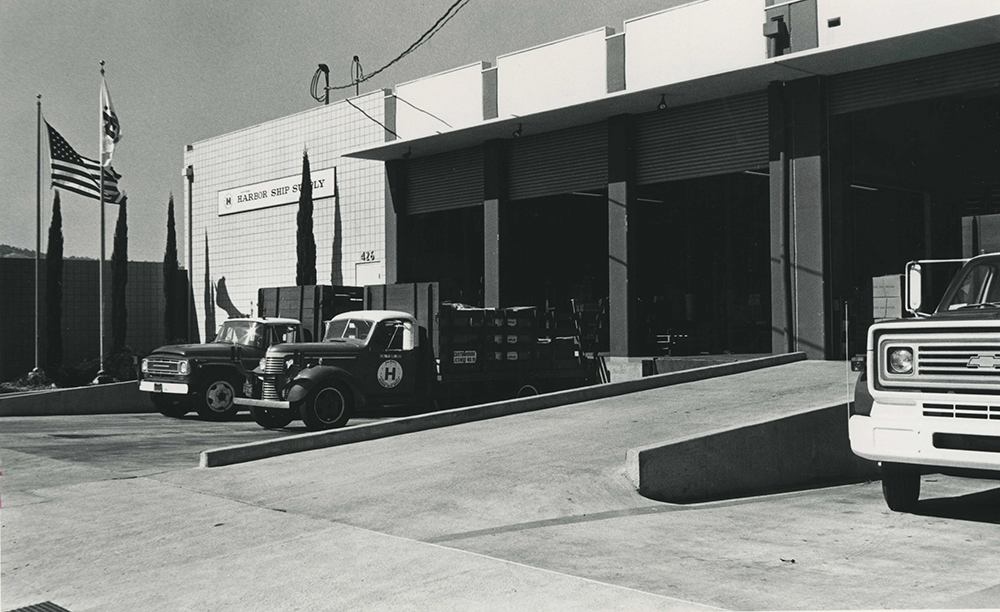 A friend of mine lived next door to Charles Bukowski. Years later, I ran into her and asked her why she never mentioned it. Growing up, she had no clue that he was famous. Bukowski and his wife were just nice older neighbors who let her swim in their pool.

When you think of someone living next to a famous person, you immediately think of their proximity as a front row seat to fabulous parties and celebrity sightings. After all, it was a well-known fact that Bukowski was good friends with Sean Penn. There is even a famous Herb Ritts photo of the pair in Bukowski’s garden. In Bukowski’s case, the opposite was more likely. Instead of him being the celebrity fish in the bowl, it was often the neighborhood and environment serving as fodder for his poetry.

In four different poems, Bukowski writes about an elderly neighbor that he had taken great interest in. In the first, titled “A Patriot of Life,” Bukowski introduces his neighbor as, “old Charlie/ he runs the/ American flag/ from the roof/ of his/ garage.” Bukowski goes over to borrow a crowbar and finds old Charlie in his sanctuary, a shack he built off the garage that has “Captain’s Quarters” painted across the door. Bukowski, who is known for being too honest in his observations of others, hints at his budding esteem for old Charlie in the last stanza of the poem, “he makes/ a little/ of the darkness/ retreat.”

In “Charles the Lionhearted,” written several years later, Bukowski continues to see his elderly neighbor, 25 years his senior, as a bright spot in the darkness of life, much like the literal light coming from Charles’ second story window where Bukowski sees him watching television night after night. Bukowski recognizes a fellow survivor in Charles, who outlived a child and had been “married longer than most men live.” But no one knows better than a poet that surviving life is impossible. When he contemplates the end of Charles’ life, Bukowski remarks that “when death comes for/ him/ it should be/ ashamed.” And when the upstairs light goes dark, “it will be another world/ not quite so magic/ not quite so good.” Thinking about his neighbor’s death not only brings Bukowski’s end closer but changes their relationship. Charles stops being something that brightens his life and becomes a beacon leading the way to the final darkness.

The last two poems, “old?” and “I inherit” were released after Bukowski’s death and rightly deal with the subject of getting to the end of life. Charles, 96 years old when Bukowski writes “old?,” lets his neighbor know that he’ll be leaving soon. Bukowski fights the proclamation with evidence of Charles’ virility: his straight arrow back, his quickness on his feet, and his penchant for blowing kisses at Linda Bukowski through the window. Months later, a week after Charles’ death, Bukowski pens “I inherit” and accepts his inherited role as the new “old fart in the neighborhood.” His only mention of Charles in this final poem is the announcement of his death. Bukowski fills the rest of the poem with comical performative ways to show how he will live up to the moniker of old fart, perhaps to mask the pain of one less light in his world.

In the poems I have read, there aren’t a lot of people, besides his wife or cats, that Bukowski mentioned regularly or fondly. This made me want to know who this lionhearted Charles was. His full name was Charles Crouthamel, and he came to San Pedro while serving in the Navy during World War I. After the war, he went to work for Tanner Bros. Ship Supply. When they went out of business in 1932, Crouthamel started Harbor Ship Supply in Wilmington, one of the oldest and most successful ship chandleries in the state. He moved the company to San Pedro in 1941, where it expanded over the next decade. In the 1950s, Crouthamel even purchased the three-story building known today as “The Lofts” at 4th and Mesa streets because he had acquired a couple of his competitors. Eventually, Charles retired and left the operations to his sons and grandson. Harbor Ship Supply is still privately owned and operated by the Crouthamel family in a newer building on 4th Street. Retirement gave Charles more time to work on his own projects, like building his Captain’s Quarters. Charles died in 1991 at the age of 96.  spt