It’s hard not to get wistful when thinking about pre-coronavirus times. For the last few years, October was the time when we got to focus on the spooky and haunted in San Pedro. Whether it was on foot or our very first haunted trolley tour last year, talking about the paranormal in San Pedro has always been a popular topic. Due to the scary times we are living through at the moment, I feel more drawn to focusing on the human and humane aspect of death and the proud stewards who care for us between this world and the next — morticians.

My best friend is married to a mortician. Prior to meeting him, I probably thought a mortician was a creepy man with gray skin and sunken eyes. A bit like Lurch from The Addams Family. Robert is nothing like that; he’s probably one of the warmest, funniest and most thoughtful men I have ever had the pleasure of knowing. He’s the kind of guy you want ushering you through one of the hardest times in your life. He has a profound respect for the dead and the service he provides to their families. I’ve thought about Robert often throughout the pandemic, wondering how his job has changed because nothing is normal in these times, not even death.

When the pandemic hit and I was just experiencing it like everyone else, a Facebook post snapped me out of my existential dread. Suddenly I realized that I had to start viewing the pandemic for the historical event that it is. This meant documenting how our lives are affected by it. Within the first month, it was plain to see that the pandemic touched every aspect of our lives, including the dead and funerals. In the six months that this pandemic has raged on, I am sure that we have all either experienced or heard secondhand stories about how funerals were happening. This had to be challenging for the mortuaries to keep up with new regulations and processes that took many forms: families watching interment from their cars, a handful of socially distanced mourners at the gravesite, or even funerals via Zoom. Some of you may have even seen the green ribbons tied to the fence at Green Hills Memorial Park, one for each of the people who died but couldn’t be celebrated with a funeral in the customary fashion.

It’s in times like these that we have to reflect on the ways that we are lucky. We are lucky that we still have a longtime family-owned mortuary like McNerney’s leading us through these challenging times. This isn’t to knock the corporate mortuaries, but it helps having someone who understands the community because they are part of the community.

The McNerney family has been serving San Pedro since 1926, when Thomas J. McNerney became partner in the Palm & McLin mortuary. Robert McNerney bought out the remaining partner, John McLin, in 1939, and the McNerneys decided to build a new mortuary under their family name on Fifth Street. When McNerney’s Mortuary officially opened to the public 80 years ago on September 29, 1940, it completed the trifecta and sandwiched itself between San Pedro’s two other longtime mortuaries, Halverson-Leavell on Sixth Street and Cleveland Mortuary on Fourth Street. Eighty years later, McNerney’s is the only firm still serving San Pedro.

Losing a loved one is always difficult, but it is especially difficult in times like these. Being in the capable hands of morticians like Robert and community firms like McNerney’s gives families peace of mind. Theirs is a profession where dignity and respect are the baseline, and I just wanted to thank them for being those stewards for this community.

Prior to the quarantine, my plans were to celebrate McNerney’s 80th anniversary with a presentation in the chapel. Unfortunately, that is no longer possible. Instead, I will be honoring McNerney’s Mortuary, and all other San Pedro mortuaries, with a special Zoom presentation on Wednesday, October 21 at 7pm. If you are interested in attending, you can register by emailing angela@sanpedroheritage.org. spt 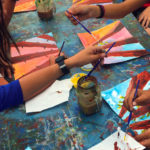 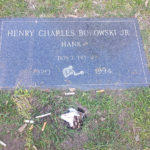 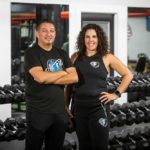 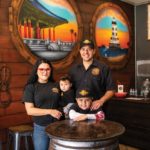 A Tradition of Service