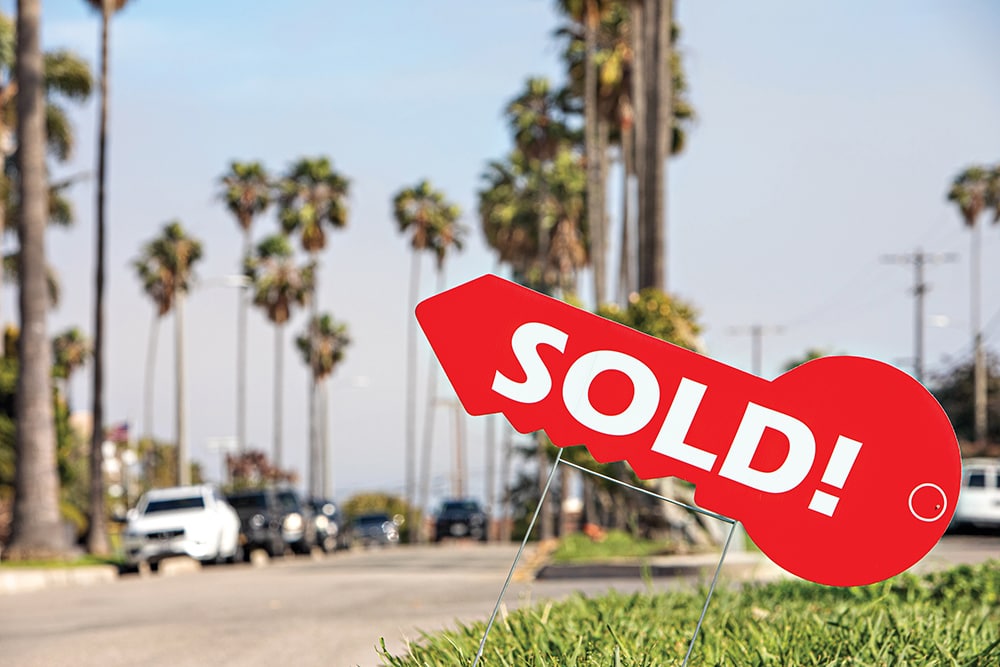 The New San PedransAffordability? Location? Our (peculiar) culture? What is it about San Pedro that is attracting people from near and far to move to our port town?

The 51-year-old director and his wife, Korina, a camera operator, both in sports television, were moving to Los Angeles from Bend, Oregon, in early 2020 for a job opportunity. They searched six months across Southern California for a home in their price range and were coming up empty.

“He said, ‘If I’m going to live in L.A., I want to see the ocean,’” recalls Korina, 49, laughing. “My experience is if you want to see the ocean, you need to be in the front row of houses [along the water], and I was like, ‘We don’t make enough money for that.’ He said, ‘Well, there’s San Pedro, and it’s affordable.’ And I’m putting affordable in quotations because who would ever think an ‘affordable’ house is a million bucks?”

Sure enough, the couple ended up finding a million-dollar “fixer-upper” in South Shores, complete with Mitch’s ocean view, and moved in mid-March 2020, at the same time COVID-19 was declared a national pandemic. 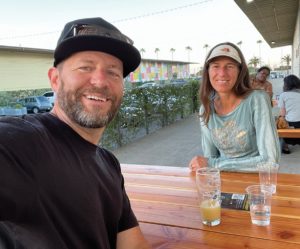 “We bought a fixer from the original owners,” recalls Mitch. “I wanted somewhere centrally located between Anaheim and Downtown L.A. I will say we got very lucky moving here during the pandemic. It gave us a lot of time to work on our house; we did a lot of stuff ourselves. And it turned out to be a pretty good place to quarantine.”

The Riggins’ story echoes those from others who have recently moved to San Pedro. While affordability — relative to other South Bay beach cities — seems to be the dominant reason, other factors like location and the current redevelopment blitz in downtown and on the waterfront seem to be convincing people that San Pedro is a great place to relocate, our ‘surly’ reputation be damned.

“We still see an overwhelming number of buyer’s agents from out-of-town real estate offices closing escrow on homes in our area, which in turn should hypothetically mean the buyer they are representing is also from out of the area,” says Peter Hazdovac, a real estate agent with Harper Hazdovac Real Estate Team and a San Pedro Today columnist. “To give a ballpark figure, I would say 60 to 70 percent have been out-of-town buyer’s agents over the last three to five years.”

A BIG SELLING POINT
Instead of a fixer-upper, Dr. Melissa Dowling, 38, and her husband, Kevin McHugh, 37, were looking to stake their claim on a newly constructed home, which up until recently was rare to find in San Pedro. The port town is known more for its century-old craftsman and Victorian houses than anything modern looking, which is why those pockets of townhomes that have recently been built on 8th and 19th streets below Pacific Avenue look oddly out of place among the town’s vintage architecture.

But for Dowling and McHugh (along with their two dogs, Wish and Woosh), who were moving from Marina Del Rey and looking to buy their first home, investing in a newly constructed house in an area amid a redevelopment boom was a big selling point. The couple, who are originally from Pennsylvania, purchased one of the new homes on 8th and Centre in August 2020. 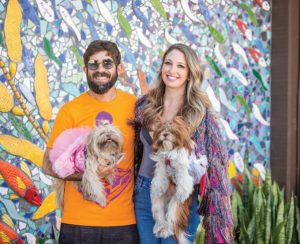 “Looking at houses [in Marina Del Rey], compared to a brand-new construction home in an up-and-coming area, we could just get a lot more for our money down here, and there was a lot more potential for growth as opposed to buying in a place that was already developed and established and wasn’t really going to change that much,” explains Dowling, an anesthesiologist who works in Downtown L.A.

She adds, “The whole waterfront was really appealing to us, and the fact that they’re proposing an amphitheater. Music is our life. We love living in L.A. because we’re constantly going to concerts and music festivals, so we’re really excited about the amphitheater. Plus, we ride our bikes. There are so many beaches that we can ride our bicycles to. White Point is super dog friendly, and [the dogs] love the tide pools. There’s so much hiking to do. It just kind of jived with our lifestyle.”

For McHugh, who works in the pharmaceutical industry, he’s still getting used to San Pedro’s small-town charm within a sprawling metropolis like Los Angeles.

“It’s funny because I work with people all over the globe, so when I try to say that I live in L.A. and it’s a small town where I live, it doesn’t make any sense to anyone.”

LOVING SAN PEDRO
To love San Pedro is to accept San Pedro, and accepting San Pedro takes effort. We’re a community known as much for our quirks as we are our problems. A town chockfull of multigenerational families and a sense of civic pride unmatched by most cities in the country. We proudly wear the town’s name on our caps, shirts, and skin. Being “born and raised”  in San Pedro means something here.

Hoang and her husband, Bernard, 41, co-own Pho Saigon Pearl, a popular Vietnamese restaurant located near The Grove in Los Angeles. They moved to San Pedro from Venice in October 2019, two weeks before their son, Bradley, was born. 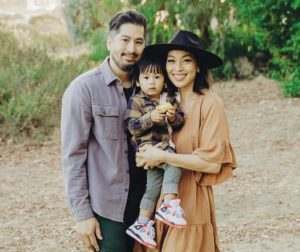 “It’s one of the things that makes San Pedro San Pedro, because the people who are die-hard, born and raised, their grandparents are longshoremen, etc., they were here early on,” says Phuong, who’s originally from Torrance. “They’re the ones who made San Pedro what it is today. They’re so proud of it. The roots are still there.”

She adds, “And it’s good [that still exists] because I meet so many new families at the parks, and I ask them the same questions, like, ‘Oh, are you guys from San Pedro?’ and 90 percent of them will say, ‘No, I’m not.’ These are new families who have young toddler kids around my son’s age. And I’m like, ‘Oh, I’m new here, too.’ And I would ask them, ‘How do you like it?’ And they’re like, ‘Oh, we like it. It’s charming.’… I really like how the locals make sure we know that they’re there, otherwise things would change so much. And we don’t want to change too much, if that makes sense? I feel that it’s important that we keep our roots. I come from a traditional Vietnamese family, and I was born here, but half my family were from Vietnam, and we try to keep a tradition. I feel like that’s important.”

Wanting to plant roots of their own in town, Phuong says they’re thinking about opening another pho restaurant, this time in San Pedro. It’s not on the immediate horizon, but it’s something Phuong feels the community would appreciate.

“We’re always looking at new places to expand our business and open a restaurant, and I feel like San Pedro is definitely a potential place to open a small business,” she says.

HOME WORK
Silvano Barba and Melissa Clarke Barba had been coming to San Pedro for nearly a decade to visit friends, so they were slightly familiar with the town before moving from Culver City in November 2020. The couple, who co-own Clarke and Barba, a leather goods and accessories company, found a two-bedroom house off 25th Street where they’re able to work from home, manufacturing products out of their garage.

“We just fell in love with the place,” says Silvano, 45. “Every time we came to San Pedro, we found new, little things that we discovered or that [our friends] showed us.”

Unable to find anything within their budget in Culver City, Melissa, 47, who also works for Lionsgate Entertainment, suggested they give San Pedro a try. 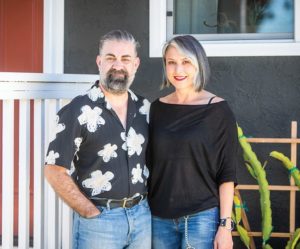 “Because of COVID, I was able to work from home,” explains Melissa, “Being able to work from home, it let us branch out, and I was like, ‘Oh, let’s go explore San Pedro.’ And then when we were driving around here one day, we got to check out the different areas, and we saw the houses, and we were like, ‘Oh wow, they have really cute houses here!’ So, it opened the door for us to move somewhere else where I didn’t have to go into the office every day and didn’t have to worry about traffic.”

According to Hazdovac, being at the end of the 110 freeway is no longer an inconvenience for most. “For years, San Pedro was simply ‘too far’ from Downtown L.A., the Westside, Orange County, etc., for commuters to consider,” he explains. “With so many industries transferring to working remotely, living in San Pedro and near the ocean has become a big driving force for buyers. [Also], affordability compared to neighboring beach cities in the South Bay has been a big reason why we have seen many buyers consider our town when compared to neighboring cities.”

ANOTHER SANTA MONICA
Michelle Debbaudt admits, she’s nervous about the gentrification in downtown and along the waterfront. The 68-year-old retiree, who spent most of her career as an executive assistant in the entertainment industry, moved to San Pedro in October 2019 from Newport Beach, renting an apartment near Alma Park.

Unlike the others interviewed for this story, Michelle’s relationship with San Pedro has spanned decades. A musician at heart, she’s played with her good friend, local legend Chuck Alvarez, and has worked with his wife, Stacy, at their children’s gym, Flipside Gymnastics. Like many in town, she’s worried that all this new investment from outside interests will compromise San Pedro’s small-town charm, turning it into “another Santa Monica.” 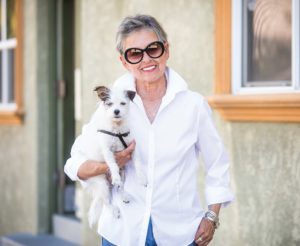 “I love San Pedro. I always thought it was one of those undiscovered gems, up until a couple of years ago,” she says, laughing. “And now it’s going crazy. I’m thrilled that I got here when I did, because rents are unaffordable now, for the most part.”

According to real estate agent Mike Harper, the other half of Harper Hazdovac Real Estate Team and a San Pedro Today columnist, while home prices and rents continue to rise, he does not believe San Pedro will see price escalation reach the levels of some of the more high-profile beach cities anytime soon.

“It has been common to hear out-of-area buyers mention that they felt San Pedro was one of the last affordable coastal cities in the Greater South Bay,” he explains. “There is no question we are witnessing gentrification in our town, but San Pedro may still not be considered as desirable a location due to proximity to the Port and easier access to other Los Angeles area attractions that some of the other beach cities may offer. We expect San Pedro to remain under the radar to some extent and should experience appreciation at a more reasonable pace.”

For folks like Michelle and many others in town, they’re hoping San Pedro continues to fly under the radar for as long as possible.

“We’re so lucky [to live here],” she says. “[San Pedro is] a beautiful, sleepy, little town. I keep saying, ‘Don’t tell anyone. Don’t tell anybody we’re here.’ It’s still precious and still has that charm. I hope it doesn’t lose it.” spt 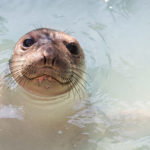 Fighting for Their Lives 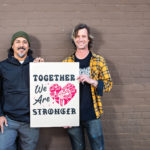 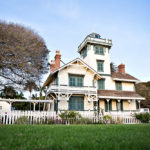 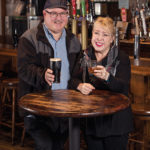