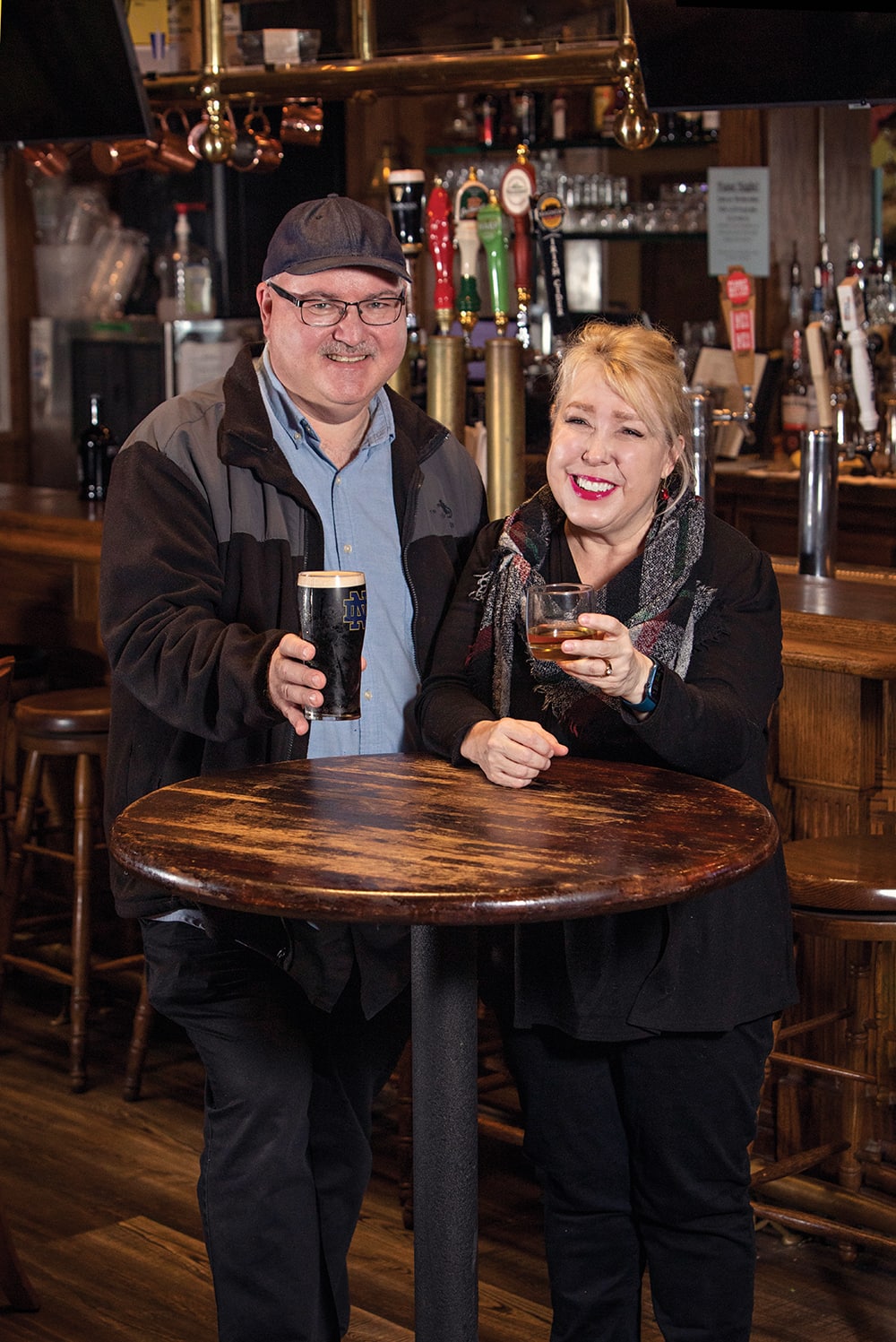 On November 16, 2020, the day Martin and Susan O’Sullivan took ownership of The Whale & Ale, Andrew Silber, the restaurant’s now former owner, removed the Union Jack that had hung in front of his British pub on Seventh Street since 1995 and replaced it with the Irish flag. It was a simple yet significant gesture. For Silber, it marked the end of an era that lasted 25 years. For the O’Sullivans, it was the realization of a lifelong dream that began on the coast of Dublin, Ireland, and somehow manifested in Downtown San Pedro.

“[Silber] was on the ladder,” remembers Martin. “We parked on the street, and we walked down, and he was putting the Irish flag up when we arrived. It was very nice.” 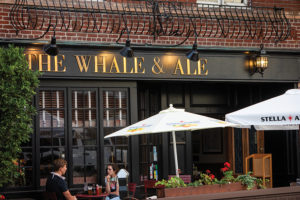 Unfortunately, the celebration was short-lived. The next day, L.A. County Public Health officials announced new, tighter COVID-19 restrictions on restaurants during the winter surge of 2020. A week after they were handed the keys, restaurants in L.A. County were forced to close indoor and outdoor dining and only offer takeout, drive-thru, and delivery services. It wasn’t exactly how the O’Sullivans envisioned their opening week as new restaurant owners.

“We were already nervous. We were inexperienced,” remembers Martin. “I mean, you’re a business owner, and suddenly you can’t operate your business. So, we took over November 16, and everything shut down November 25. And it was shut down for like two and a half months.”

Navigating the ups and downs of the pandemic as new restaurant owners spoiled any chance for a true “grand re-opening” celebration for the O’Sullivans in 2021. Instead, the husband-and-wife team used last year to learn the ropes around their newly christened Irish pub, test out new menu items, and work out the kinks with the hope that 2022 will be their breakout year.

A LIFELONG DREAM
The Whale & Ale’s conversion from a British to Irish pub is the realization of a childhood dream that began for Martin O’Sullivan as a young man in Dublin. “When I left Ireland 30 years ago, my friends and I had always said, ‘We’re going to be gone for five years, we’re going to come back, and we’re going to open a pub,’” he remembers. “That was always a dream of mine and my friends, to open a pub.”

Martin ended up in the Bay Area in 1989 and met Susan right away. In fact, she was his first boss in the states. “It was love at first sight,” says Martin, smiling. “That’s on the record now.”

He worked in corporate America for 30 years in engineering and product development, while Susan worked in retail and went back to school to study art at UC Berkeley. They made their way to Long Beach in 2002, with Martin’s desire to own an Irish pub still heavy on his mind.

“We fell in love with the whole Southern California area,” says Martin. “We got to know some people in Long Beach that are involved in the restaurant industry, and they became good friends of ours, but we’ve never done a restaurant or a bar of our own. It was just from watching them and talking with them, seeing [how they operated], and us thinking this is what we wanted to do in our later years.”

PUB FOR SALE
Martin jokingly explains their journey to owning The Whale & Ale as “a classic Murphy’s Law story.” In early 2019, the O’Sullivans decided that they were going to take the plunge and actively pursue purchasing their own Irish pub. It took six months before a real estate broker tipped them off that Silber had quietly put the British pub up for sale.

“It was time. I was ready for a change,” admits Silber, 67, who is quietly enjoying post-restaurant life with his wife, Adela, and their family. “It was a grind, and I loved it, but it meant I didn’t do anything else. So, when you ask why [I sold], those are some of the reasons. It consumes your entire time and energy if you want to do it right.” 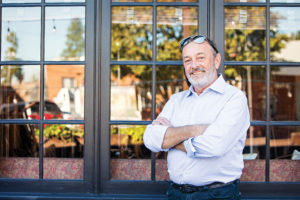 Silber opened The Whale & Ale British pub in July 1995. The restaurant became a Downtown San Pedro anchor, hosting community meetings and events, and showcasing local talent, like the late centenarian Harry Hall, who used to play violin in the pub into his hundreds.

“First Thursday was also created in The Whale & Ale,” adds Silber, noting that the first meetings of the town’s monthly art walk originated in the dining area. (Silber can even point out the specific tables.)

The O’Sullivans were smitten with the restaurant right away. “We fell in love with it,” recalls Martin. “Obviously, the design is unique. All the pubs we were looking at, you’d have to do a lot of work to convert them to an Irish pub. This one was perfect.”

While negotiations were underway in early 2020, the restaurant’s main drain line collapsed, forcing Silber to close for months to have it repaired. It wasn’t how Silber wanted his final months as owner to go, fixing the plumbing in the middle of a pandemic, but for the O’Sullivans, the silver lining arrived in new wood flooring throughout the entire restaurant. Aside from the Irish-themed decor (if you’re a Notre Dame fan, you’re going to love this place), the new hardwood floors and freshly painted walls are the biggest aesthetic difference since the O’Sullivans took ownership.

“What Andrew was doing was not a far cry from what we wanted to do. And he was able to help us with any questions or any doubts we had around converting it [from British to Irish],” says Martin. “On the other hand, I know it was important to Andrew, and important for Marylyn Ginsburg [the landlord], not to do any major changes.”

According to Martin, Silber and Ginsburg also requested they keep the pub’s name the same, to which the O’Sullivans agreed. Although financial details were kept private, the sale of the restaurant completed in November 2020.

MAKING IT THEIR OWN
While the ambiance of the restaurant remains familiar, the biggest difference is in the menu. Gone are pricey items like the prime rib and beef wellington. (“We first started doing only to-go orders, and beef wellington didn’t travel well,” explains Martin.) New additions include sausage rolls (handmade Irish sausage wrapped and baked in a puff pastry) and Guinness cake (served with Baileys ice cream). Other dishes have been modified with an Irish twist, like the bangers and mash, which now has Irish sausage, and the shepherd’s pie. And if you’re curious about the fish and chips, The Whale & Ale’s signature dish is still on the menu with a slightly new recipe. “We get a lot of compliments on our fish and chips,” says Susan.

“We’re still working on adding the corned beef and cabbage. And we have the Irish breakfast coming, which we’re going to add as an all-day menu item, as well,” adds Martin, a self-proclaimed Irish breakfast connoisseur.

The restaurant’s classic bar, with its brass fixtures and imported oak, has also been reimagined, with Irish beers and whiskeys dominating the taps and shelves. High pub tables have replaced the short dining tables, and four new flatscreen televisions have been installed, perfect for those early morning European football matches. 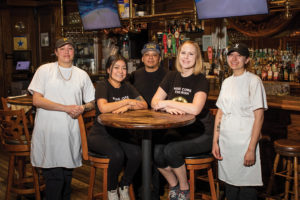 The O’Sullivans are excited for 2022. This year’s St. Patrick’s Day (Wednesday, March 17) is arriving just as COVID-19 restrictions are finally easing up, hopefully for good. To celebrate their good luck, The Whale & Ale will be featuring Irish food specials all day, including corned beef and cabbage, as well as an expanded whiskey selection and new signature cocktails, created and managed by their new bar manager, Brittney Lundberg. (But don’t expect any green beer. Martin doesn’t buy into that tradition.) Future plans include special trivia and theme nights, beer and whiskey tastings, and more live music.

“We want this to be a place where people come to have fun,” says Martin. “We love all the new friends we’ve made here in San Pedro and really appreciate our wonderful staff. The goal is to make this a really good, fun Irish pub, but with high quality food.” spt 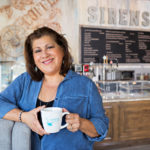 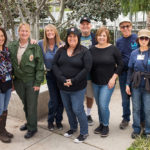 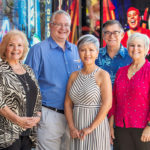