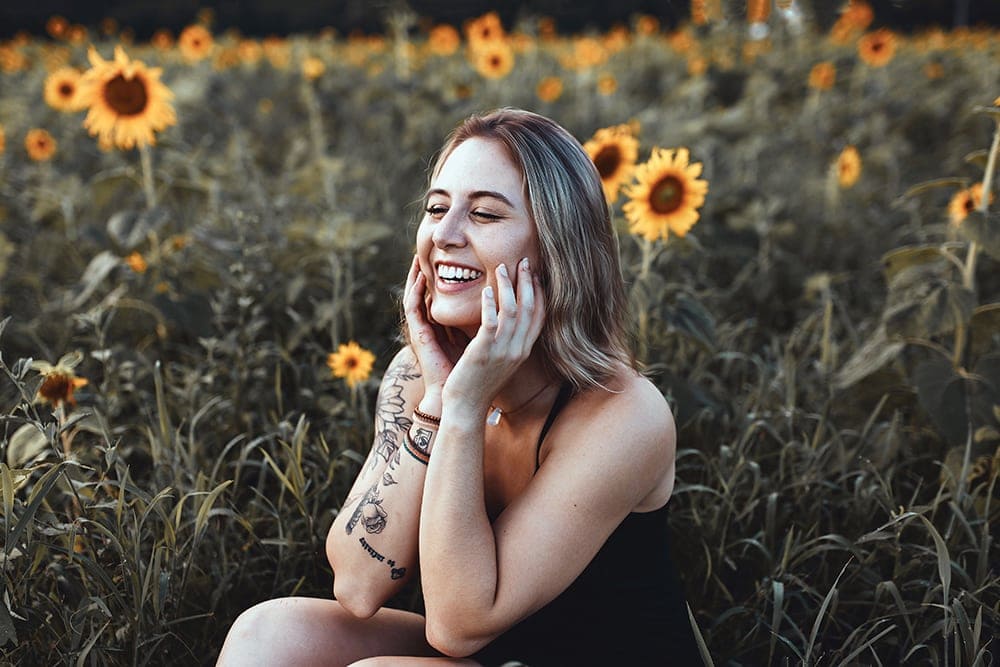 While we expect ourselves to be consistently happy, the reality of cultivating happiness is a skill one must acquire throughout life experience. Happiness is not a given, and by no means is happiness a natural homeostatic setting for humans.

Our biological apparatus is primarily designed to survive. We are made to want things, control things, to remember bad memories more vividly than good ones. We prioritize safety and predictability over adventure and creativity, and these qualities do not naturally lend themselves to sustained happiness. Hence, happiness is, in fact, an evolved state of mind that comes at the price of hard conscious work toward evolution and self-improvement. Our civilization has strived towards building a system that provides us with safety and abundance and indulges our habitual form of existence. Human beings are creatures of habit; we do not naturally seek out the unknown.

Again, in the context of survival, the unknown is potentially dangerous; therefore, it requires effort and is born out of necessity. While in the civilized world we have successfully created a system where we can exist with minimal danger, depression rates remain high, in fact, higher than in some parts of the world where comforts of modern life are not as readily available, or the system is not rooted in individualism, as it is in countries such as the U.S., for example.

There is a difference between contentment and joy, as well as joy/happiness and temporary excitement. Most of us in the first world countries who are employed and educated, who are not struggling with acute stressors like health or issues in primary support systems, are, in fact, content. We are not hungry, we are not homeless, we have clothes, and we have a plethora of choices when it comes to our physical needs and wants. However, this abundance does not provide joy, but it can, in fact, contribute to feelings of aversion, boredom, and general lack of inspiration. Why? Because that which is easily obtained has no value. Our brain chemistry says that the production of such chemicals as dopamine, serotonin, oxytocin, and endorphins are responsible for positive sensations within us. While physiologically speaking this is true, it is also true that these chemicals can be artificially generated by various substances and acts, which can then create temporary feelings of elation, which then can contribute to developing addictions and challenges in impulse control that lead to mental health issues. In other words, temporary fixes do not constitute sustained joy or a deep sense of happiness.

The World Happiness Report, which is conducted annually across culture, age, and socioeconomic status, consistently shows that the main contributor to a general feeling of satisfaction in life stems from connectedness, community support, and involvement, as well as a feeling that we are surrounded by people who care about each other and love and trust one another. From 2012 to 2020, the U.S. has fallen from 12th to 18th place when ranking the happiness of its general populous. While our countrymen fear socialism and focus on hoarding resources for survival, they become increasingly self-centered, isolated, scared, and untrusting of one another. Yet global reports continuously show that devotion and service to others create a lasting feeling of satisfaction. In other words, a less individualistic focus on life generates a sense of connectedness that gives us a feeling of purpose and oneness with our environment. A society where people work together is a more productive, effective, and gratifying society. Hence, letting go of one’s specialness and self-importance allows us the space to connect with others and see varying perspectives, which rid us from holding grudges, hurt feelings, and personal vendettas.

The American narrative is the narrative of an individual’s victory against the world. While this romantic notion has forged this country’s history, current expansive data repeatedly suggests that without the ability to change and rework this narrative, a sense of fulfillment will continue to evade us, leading to an inevitable demise. In order to preserve humanitarian goals such as democracy, fair chance, equal rights, and healthy competition over dominance and abuse of power, we must change. Our primary urges lead us to apathy, overindulgence, and abuse, yet our secondary, evolved purpose is to love and connect with the greater whole. Achieving sustained happiness entails an active and constant negotiation between primary primitive urges for survival and our secondary need for a greater purpose, evolution, and lasting feeling of satisfaction in our existence. The truth is that this balancing act, this inherent dualism in our nature, is deeply challenging and calls for the conscious effort of self-examination and willingness to change. It is this constant effort that lights radiating joy, without which we simply survive. spt