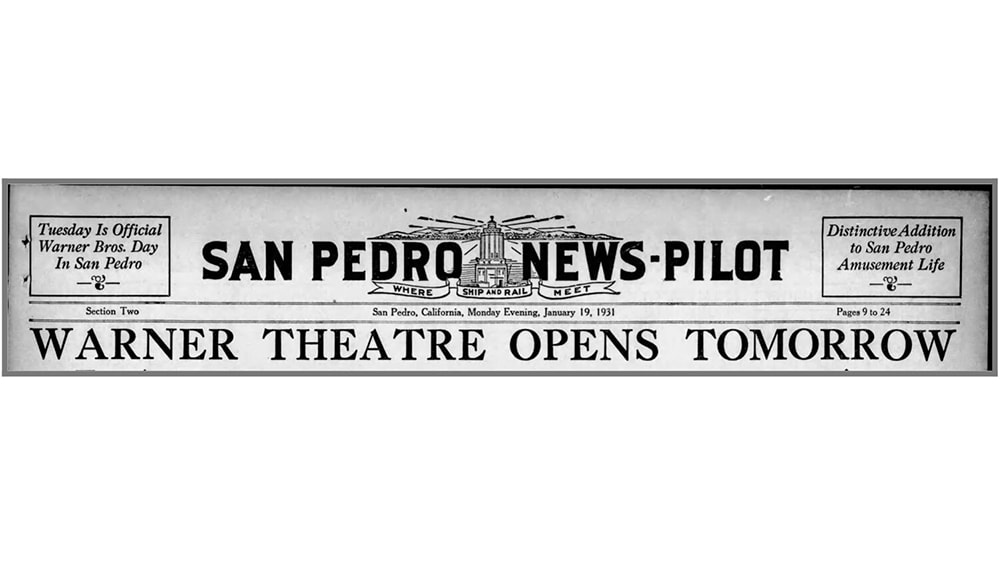 Warner Grand: Through the Years

June 18, 1930 – More than 500 citizens gather on 6th Street for a momentous groundbreaking ceremony for the Warner Bros. San Pedro Theatre. The young Jack Warner, Jr. is there to break ground and deliver his father’s message that the new theater will be “the castle of your dreams.” 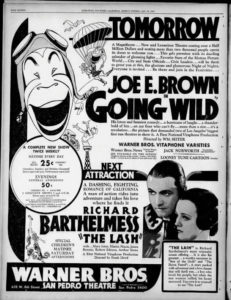 1948-52 – The U.S. v. Paramount Pictures – Supreme Court issues the Paramount Consent Decree to break the big studios’ monopoly, requiring them to sell off their theaters. This marked the end of the Hollywood studio system. In 1952, Warner Bros. spins off theater ownership to a new chain, The Stanley Warner Theaters.

1950s-’70s – With the rise of television, theater attendance is dropping nationwide. In San Pedro, Stanley Warner Theaters sells the Warner to Pacific Theaters. Other local theaters are sold or razed. 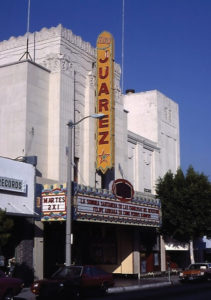 August 27, 1982 – WGT is recognized as Historic-Cultural Monument #251 by the L.A. Cultural Heritage Board under the name Juarez Theatre.

1984 – Ray Howell buys the theater from Estrada and renames it the Warner Grand Theatre to reflect its history and set new sights for the future.

1985-89 – Howell and new associate Ray Kaufman breathe new life into the old movie palace. They rent space to the film industry and work with local producers to bring some big names, sparking the idea that the WGT could be a live music venue, but Howell struggles to make ends meet.

November 4, 1989 – After a final midnight viewing of The Rocky Horror Picture Show, Howell closes the theater.

1991 – Howell sells the WGT to musician and owner of the Killer Shrimp restaurants, Lee Michaels, who plans to create a dinner theater, but nothing comes of it. Four years later, Michaels considers selling the WGT as a church or a swap meet.

1995 – A group of community businesspeople forms what would become Grand Vision Foundation (GVF), a nonprofit to save the Warner Grand Theatre as an intact historic building. They negotiate a price with Michaels and approach then-Councilman Rudy Svorinich, Jr., who rallies the City of L.A. to buy the theater.

March 20, 1996 – GVF incorporates to “preserve and promote the historic Warner Grand Theatre” and becomes the Friends Group to the WGT.

September 20, 1996 – Locals gather for the Light Up the Night street festival to see the WGT’s restored blade sign and marquee switch on in full color for the first time in 35 years.

The WGT is listed on the National and State Register of Historic Places as building #98001633.

1999-2000 – Local resident Susan Wilcox steps in as the first regular producer at the WGT since the City’s purchase. From 2000-10, she presents a foreign film series to audiences of 500 or more.

GVF, with director Sheila Ryle, produces two youth musicals at the Warner Grand. Performances of Grease and City of Angels begin a new era of youth productions on the historic stage.

June 11, 2004 – GVF launches the Save Your Seat campaign, inviting community members to adopt seats at the theater to raise funds for essential upgrades.

2006 – WGT closes from March to October to have new seats and steel rigging installed. Theater reopens with a performance by the Golden State Pops Orchestra.

2007 – The Grand Annex, run by GVF, opens down the block from the WGT at 434 W. 6th Street, turning their offices into a live music listening room. Taran Schindler takes the helm as artistic director a year later.

2008 – GVF installs a new stage extension at the WGT, making the stage and pit available for larger productions.

2010 – GVF’s Meet the Music gains momentum with a new partner, LA Opera! MTM is an in-school music program for 4th & 5th graders in San Pedro and Wilmington. Each year, the Opera comes to the WGT to present a youth-tailored concert to a packed house of Meet the Music kids.

2011 – WGT celebrates its 80th anniversary! GVF throws the Think Thirties bash at the theater with a screening of the film, The Brothers Warner, and a swing-style reception in the mezzanine with dancers and a live big band.

2014 – GVF refurbishes the flood-damaged lower lobby of the WGT. On your next visit, make sure to take a look at the historic photos and posters. 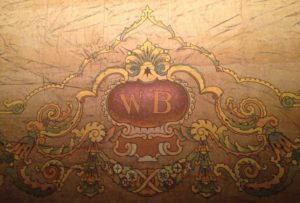 May 27, 2014 – WGT fire curtain revealed! During a routine rigging inspection, GVF draws new attention to the original asbestos curtain, painted by Armstrong Studios of L.A. To protect and seal the fire-retardant material, the City of L.A. encapsulates the curtain in 2020.

2015 – A state-of-the-art digital projector is purchased for the WGT. Film distribution is moving quickly away from film formats. The new projector makes it possible for the theater to show current films only available digitally.

November 2, 2015 –  A severe fire erupts in the building next door to the WGT. Firefighters go to great lengths to ensure the theater’s safety, ultimately saving it from any costly damage. 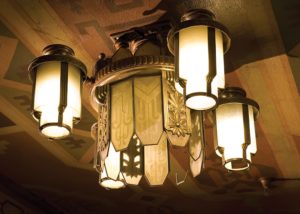 Lower lobby chandelier, before it was restored.

April 2018 – GVF launches the Love the Lobby campaign to restore the original artwork on the ceiling and walls throughout the WGT’s main lobby to ensure that the dazzling beauty of the Warner Grand will greet visitors for generations to come.

2020 – City of L.A. Department of Cultural Affairs secures significant funding for major physical, technical, and electrical upgrades, including a lobby elevator, for the WGT. A new future is at hand for San Pedro’s historic movie palace. 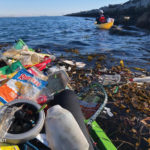 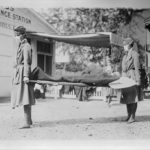 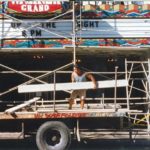 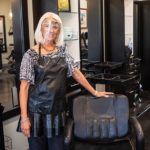