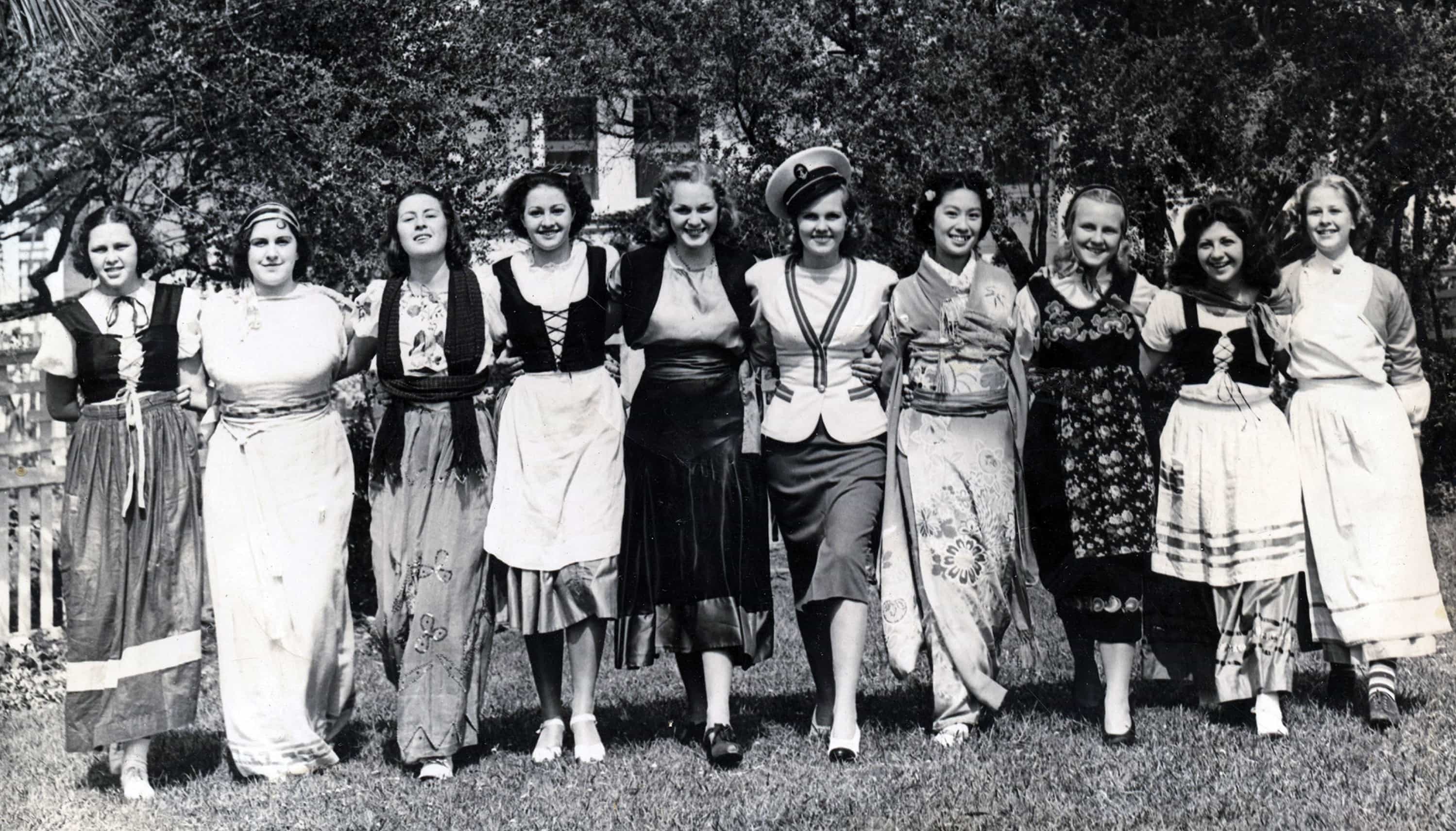 Historically, there are only two areas in the entirety of San Pedro that were dominated by a single ethnic group, so much so that it warranted a nickname.

The earliest was “Little Sweden” on 6th Street between Centre and Mesa Streets before the business district crept west from the waterfront. The last and largest was “Mexican Hollywood,” a poor neighborhood of ramshackle homes in the area where the cruise ship terminal now sits. Any other “little” designation is contrived and could be construed as disrespectful to the inter-mingled fabric of San Pedro’s storied diverse neighborhoods where on any given block you could count as many different ethnicities as you have fingers on your hands. It makes as much sense claiming a large swath of San Pedro for any one group as it would to claim something similar on Ellis Island.

If San Pedro is a “little” anything, it is a Little America. It was the port of opportunity, and every single San Pedran is united by the fact that someone in our family was smart enough to realize it and brave enough to cross countries and oceans to get here. San Pedro is proof positive that the grand experiment that is America can work, that immigrants from all over the world can come here, live together, work hard and give their families better lives. These Pedro pioneers managed to retain their cultural identities while becoming fierce Americans, instilling in their children the importance of making your voice heard, whether it be on the picket line or at the ballot box. Diversity, work ethic and civic engagement are the core pillars of San Pedro culture and we should use them to build more than just a plaza, San Pedro needs a museum.

A museum is the mirror a community needs to see their experiences reflected in, a place where their stories can be told. San Pedro’s unique culture and history, apart from the city of Los Angeles and even the port, make it more than deserving of such a place. And there is no better time than now for one to emerge, because we’re going to need it. San Pedro is on the verge of major change and we need to have the knowledge of our past to guide us through these uncertain waters.

A quick look at history shows us that we’ve been in this position before. Charismatic leaders waving the banner of development, promising that what we sacrifice today will bring a better San Pedro tomorrow. In 1909, we gave up our independence to the city of Los Angeles and in the 1970s we gave up Beacon Street. The question we should all be asking ourselves is, what are we willing to give up today?

San Pedro is going to change, but it’s up to all of us to make sure that we have a say in how it changes. The world can’t afford to overlook this community anymore. We’ve been told time and time again that we’re the next frontier. So, whatever you love about San Pedro, be prepared to fight for it, however you can.

There is so much I love about San Pedro that it would tear me apart trying to save it all. I’m reminded of a slogan that appeared on a banner over Beacon Street at the height of the battle over joining the City of L.A., “Take All But Our Harbor.”

Take all but our stories.

Buildings and people come and go but their stories can last forever if we give them a venue. And there are thousands of stories begging to be told. That’s why I’ve decided to establish the San Pedro Heritage Museum.

Heritage, to me, means a history and a culture that has been passed on through a commonality. San Pedro is the thing that unites all San Pedrans, the transplants and the legacies. The mission of the San Pedro Heritage Museum will be to identify, preserve, and promote our unique history and culture. 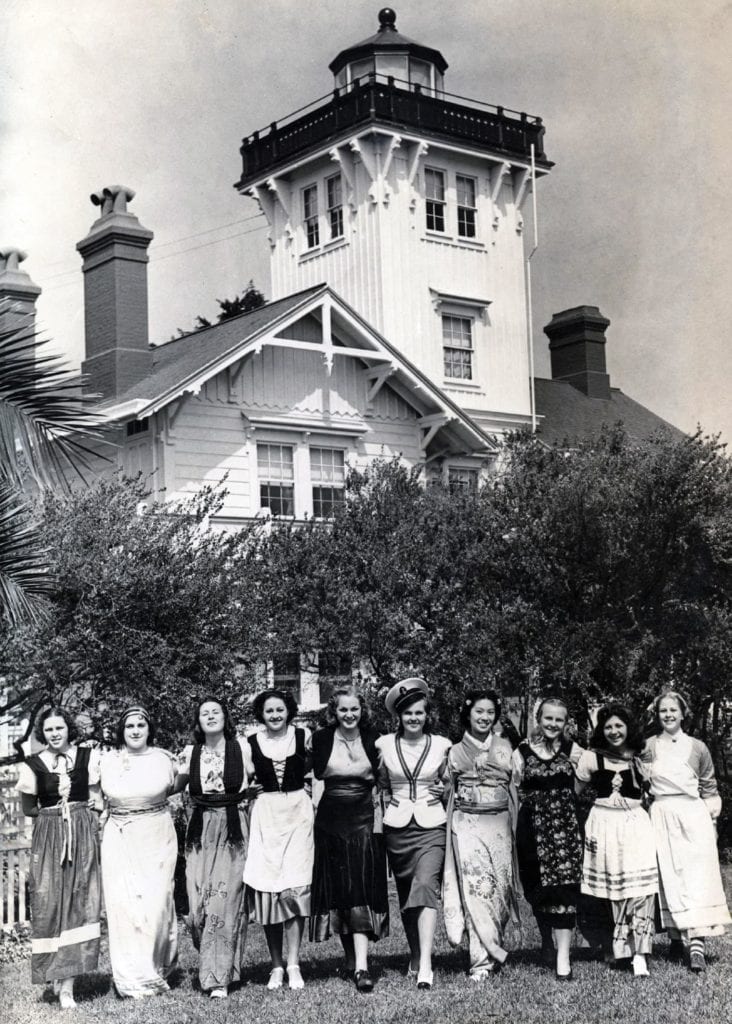 This is how I’m choosing to fight for the San Pedro I love. It’s a big deal and I’m super scared but my strength comes from these stories, like the one about a boy from Mexican Hollywood who grew up to be a lifeguard and turned some jars on a card table into the Cabrillo Marine Aquarium. I’m going to honor that boy, John Olguin, and just “do it, do it.”

If you’re willing to fight for the San Pedro you love and want to arm yourself with some history, please join me Sunday, November 4, at Siren’s Java & Tea House (356 W. 7th Street) at 1 p.m. for a free presentation called, “San Pedro History Basics.” This will be a great introduction to key events in local history. I will also be sharing more about my plans for the San Pedro Heritage Museum and how you can get involved. For more information and to RSVP, please email sanpedroher-itagemuseum@gmail.com or call (310) 808-7800. 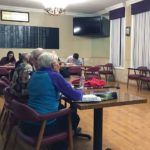 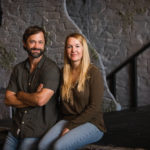 ‘Something Wicked This Way Comes’ 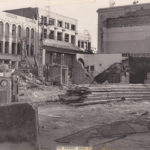 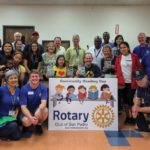