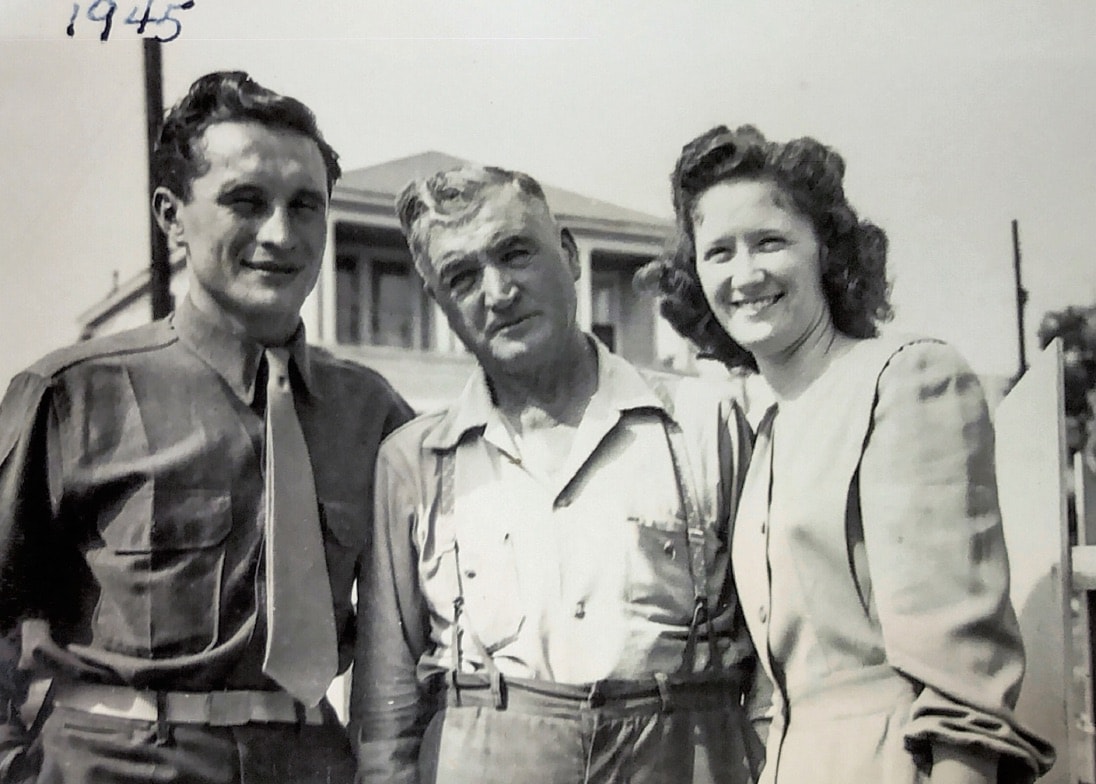 A couple of years ago, I had the opportunity to be an elder buddy to my friend’s grandmother, Miranda Mussa. It seemed like a win-win situation – Miranda would get out twice a week for lunch and some shopping, and I would get to pick the brain of a 90-plus-year-old native San Pedran.

Miranda proved to be a tough nut to crack, she was quiet and didn’t respond well to prodding. But after a few outings, the stories started to creep out. Soon, the reserved shell fell away to reveal a woman with a huge heart and adventurous spirit. She had albums full of photos and we’d often spend afternoons going through them page by page as she brought the faces to life through stories. Miranda passed away on January 4, and I would like to honor her by sharing some of my favorite memories.

Miranda was born in 1923 at her family home on the corner of 11th and Centre Streets. She was born a year after her mother and three older sisters reunited with her father, after emigrating from northern Italy. Miranda was always first to point out that she was a “change of life baby” due to the 13-year gap between her and her next youngest sister. She didn’t miss out on the sisterly experience because she soon found her two best friends, Anita Corta and Sally Uruburu. Those “Three Musketeers,” as Miranda called her group, went all through school together, from 15th Street School to Dana Jr. High and eventually San Pedro High School. Not long after graduation, the United States entered World War II and Miranda’s life would be changed forever.

During the war, Miranda worked as a clerk for the Naval Supply Depot in the Outer Harbor off of 22nd Street. The Port of Los Angeles was also the Port of Embarkation for the Army, so a military encampment was built in nearby Wilmington, on land that would eventually be sold for a new technical junior college (L.A. Harbor College).

According to the Daily Breeze, Camp Ross acted as the regional headquarters for the Army and housed troops, the Women’s Army Corps (WACs) and a group of Italian soldiers who were captured by the French in North Africa.

The Italians were well treated. Think Hogan’s Heroes if Andy Griffith ran a camp in Mayberry. Mario Mussa was part of this group of POWs at Camp Ross, dubbed the Italian Service Unit. Before he was captured, Mario was a tank driver for the Italian army. In each tank there were two drivers, one who drove forward and one who drove backward. Mario was the latter and he always joked that he did a lot of driving. Once at Camp Ross, Mario drove a command car, which meant he finally got to drive forward. His main job was driving the colonel to and from camp each day. This gave him a lot of free time and he wrote his own trip tickets.

The Italians were given a lot of freedom, and they could even leave camp with an Italian-American soldier who would act as an interpreter. The Italians would also take liberties. Rumor has it that Mario would often smuggle his friends out in the trunk for dances. Their uniforms were practically identical to the Americans, except for a small badge that said Italy on the arm that the men would fix so it could be easily removed. 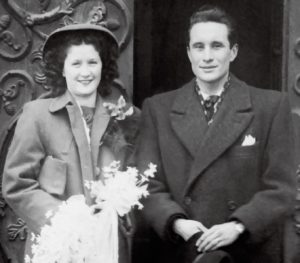 Miranda and Mario met in 1944 at her sister’s house in Lomita on their way to an Italian party in Los Angeles. They were engaged within a year. Camp Ross closed in January 1946 and most of the Italian POWs were sent back to Italy, including Mario. This left the young couple in a lurch.

Miranda made the decision to follow her love across the globe to Turin, Italy, alone. She’d never traveled alone before, but Miranda was determined to be reunited with Mario and nothing was going to stop her, not even a strike in New York City.

After a brief delay, Miranda boarded a passenger ship bound for Europe. Mario and Miranda were married in December 1946. A year later, the young couple returned to the states aboard a merchant ship, headed for their new life together in San Pedro.

Mario worked as a longshoremen and Miranda went to work at the Long Beach Naval Hospital. They had two children, Paul and Carla. Carla eventually went on to work at Harbor College, spending most of her career on the former grounds of Camp Ross. Harbor College is where I met and befriended Miranda’s granddaughters, Casey and Caitlin.

They have all become my family. While the pain of Miranda’s loss is great, her family is comforted by the thought that she and Mario are now reunited once again.