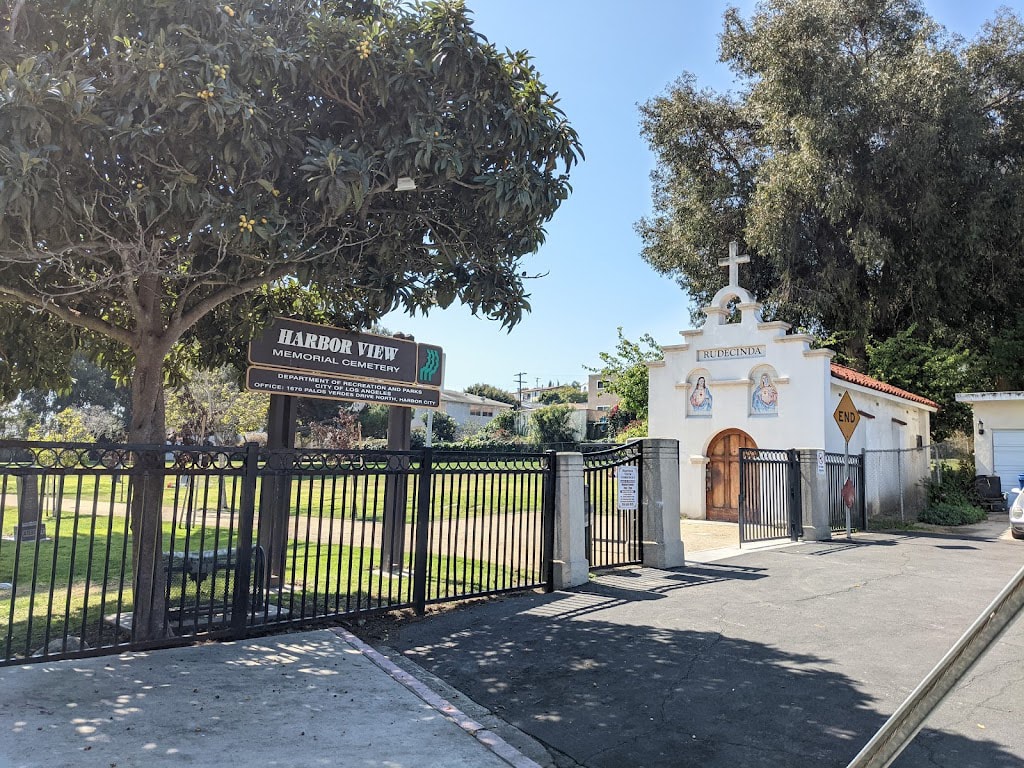 It’s been mentioned here more than once that one of the great things about San Pedro is our large population of veterans.

Proudly wearing insignia-festooned baseball caps and t-shirts, in vehicles sporting stickers and license plate holders, they are everywhere you go: the shrunken nonagenarian of WWII, the grizzled grunt or jarhead of Vietnam, or even a more recent veteran from the desert wars.

Sadly, ignored by most are San Pedro’s oldest veterans, who are buried in the town’s first cemetery, Harbor View Memorial Park, at the end of Grand Avenue.

There you will find the graves of 11 Civil War veterans, all from the East or Midwest, who, for reasons that will never be known, ended their days on the shores of the Pacific Ocean.

The Civil War veterans are among the oldest graves at the historic cemetery; unfortunately, there is little more information available on them beyond what’s on their time-worn gravestones, and that is scant indeed. The shield-emblazoned markers typically have just a name and unit affiliation with no dates. A very helpful Louise Maes, who is with L.A. City Recreation and Parks, which oversees the cemetery, obtained a few death dates from what she could find in the archives. Their ages and backgrounds, their service records, and whether they had families or not remain lost to the mists of time, even after lengthy research on ancestry.com.  All 11 fought for the Union:

John H. Anderson was a sergeant in Co. B of the 57th Indiana Infantry, which fought in the Western Theater.

Ferdinand Burkle died August 22, 1900. A native of Germany, he was survived by his wife, Fannie. He was a musician with Co. F of the 39th New Jersey Infantry in the Eastern Theater.

William Grable was with Co. C of the 10th Pennsylvania Reserve Infantry. He was 55 in 1893 when he was living at the home for disabled volunteer soldiers at Sawtelle. His widow, Emma, applied for his pension in 1908.

William F. Hall was a sergeant with the 1st Colorado Cavalry, which was formed in 1862 to protect Colorado from Confederate incursions and fight Native Americans. It is notorious historically for its role in the Sand Creek Massacre in 1864.

John Mains was with Co. F of the 10th Wisconsin Infantry in the West.

Benjamin McKeon was with Co. H of the 20th Illinois Infantry in the West.

L.J. Shaw was a captain with Co. D of the 3rd Wisconsin Cavalry, which mostly saw action in Missouri.

Ole Thompson was with Co. K of the 15th Wisconsin Infantry in the West. He died January 22, 1912, from pneumonia at age 81. According to the San Pedro Daily News, he was a native of Norway and had lived in the United States for more than 50 years. A member of Post 185 of the Grand Army of the Republic, he “was found very ill yesterday in his tent on Nob Hill” and was taken to the county hospital.

Harbor View also contains the graves of the only San Pedrans who died in World Wars I and II whose bodies were returned home.

Coast Guard Carpenter’s Mate 1st Class William D. Roberts, 33, died February 14, 1944, in a truck accident at Anzio, Italy. He had lived in San Pedro since 1930 and was a member of the Carpenters Union. He was married.

All of the gravesites can be located at sites.rootsweb.com/~casbcgs/HarborVwCem.html. Harbor View also is the final resting place of the seven sailors who died in a boiler explosion on the armored cruiser USS Tennessee in June 1908. The Tennessee was part of the Pacific Fleet based in San Pedro at the time and was cruising off Point Hueneme when the accident occurred. The Tennessee monument stands near the park’s entrance.

And while Memorial Day is past, don’t forget the many gravesites at Green Hills of San Pedrans killed in Korea and Vietnam or the memorial of WWII bomber pilot Capt. Carl “Bob” Bauer, whose remains were identified in 1997.