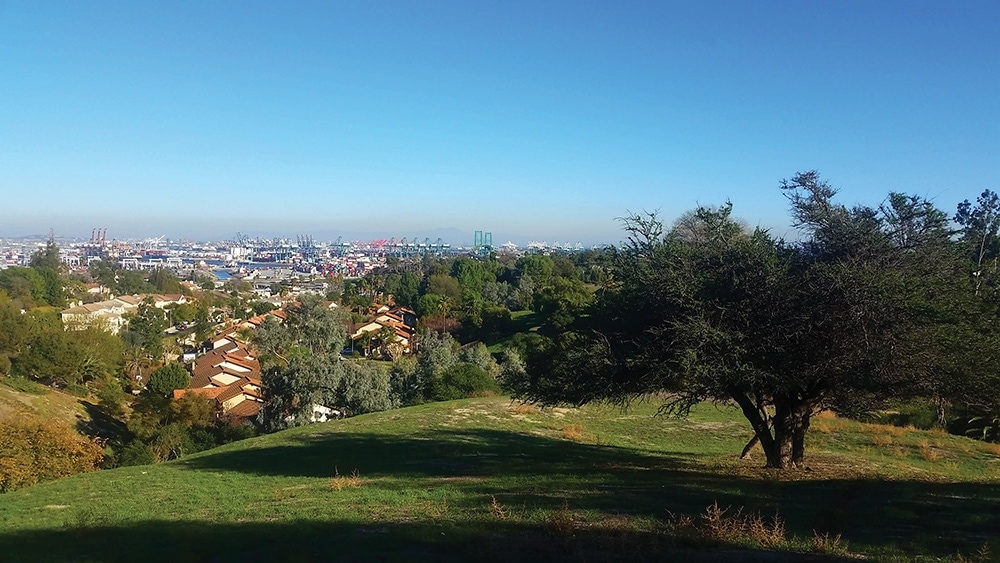 As a San Pedro historian and enthusiast, I am always looking for new ways to experience the town, so I jumped at the chance to join Sanam Lamborn on her outdoor eating adventure. San Pedro excels at both sandwiches and parks, so it’s a match made in heaven for me. Please enjoy these morsels of history to take along with you as you replicate Sanam’s fabulous pairing choices. 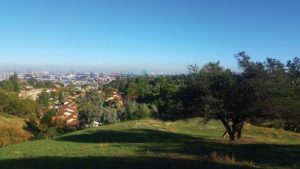 Peck Park: Peck Park is named for George H. Peck, the man who donated the nearly 90 acres of land that make up the park. Peck was present at the park’s dedication in 1933, which was a grand ceremony to celebrate the man who also gifted San Pedro with Leland Park and Alma Park (named for his two youngest children). Peck Park includes a recreation center, swimming pool, tennis courts, baseball diamonds, a gymnasium, a playground, and a series of hiking trails that were improved and dedicated in 2013 as the Ray Patricio Memorial Trails. Ray Patricio lived next to the park, overlooking the Miraflores Canyon that runs through the center of the park. It was this proximity that led to Patricio’s activism for its preservation and the trails being named in his memory. 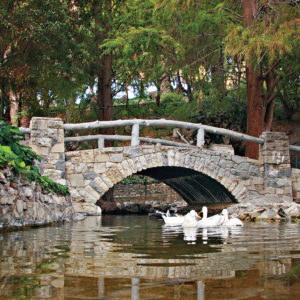 Averill Park: Averill Park was the crown jewel of the Vista Del Oro housing development created by the Averill-Weymouth Company in the 1920s. The Averill brothers, George, Horace, and Herbert, and their brother-in-law, Harry Weymouth, hailed from Maine and were firm believers that access to green space made for better citizens. Herbert Averill was most responsible for the layout of the park, including its famous ponds. Although they are on a pump system, the ponds follow the flow of a natural spring that runs throughout the Vista Del Oro tract. Over the years, Averill Park has been lauded for its beauty, making national lists as well as being considered the most beautiful park in the City of Los Angeles. There are so many local rites of passage that take place within the park, including feeding the ducks, catching crayfish, ice blocking down the big hill, taking photos for special occasions, scout bridging ceremonies on the bridge, and even weddings in the gazebo. 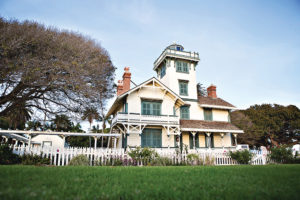 Point Fermin Park: Point Fermin Park has always been one of the most beautiful scenic parks in San Pedro. However, it hasn’t always been a public park. It was once familiarly called Peck’s Park because it was privately owned by famed developer George H. Peck. In 1923, the citizens of San Pedro approved a bond to purchase the park, and Peck agreed to their appraisal price of $95,000, although local real estate agents thought it would fetch more than double that if sold for commercial development. At the time of the acquisition, a third of the park was federal land controlled by the lighthouse authority. In 1925, when the lamp in the lighthouse became electric and required less maintenance, it was easier for the lighthouse keeper to be replaced by a park employee. Two years later, the lighthouse was manned by a park superintendent, and the grounds surrounding it were leased to the City of Los Angeles to be included in the park. In 2018, the lighthouse became the official property of the City of Los Angeles. 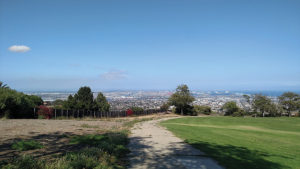 Friendship Park: Deane Dana Friendship Park is a county park with origins that date back to the late 1950s. Locals had pushed for the park to be named “Cabrillo Historical Park” to honor explorer Juan Rodriguez Cabrillo, but county officials decided that there was nothing historical about the park and preferred it to be a welcome gateway to Los Angeles (this was before the upper reservation of Fort MacArthur was turned into Angels Gate Park). Friendship Park was a welcomed name replacement because an All Nations Cultural Center was included in the early plans for the complex. The park almost didn’t happen when, in 1965, the site was under consideration for the location of a new campus for the California State University system (Dominguez Hills was ultimately chosen). The park was renamed Deane Dana Friendship Park in 1995 in honor of retiring County Supervisor Deane Dana, who enjoyed hiking through the park. spt