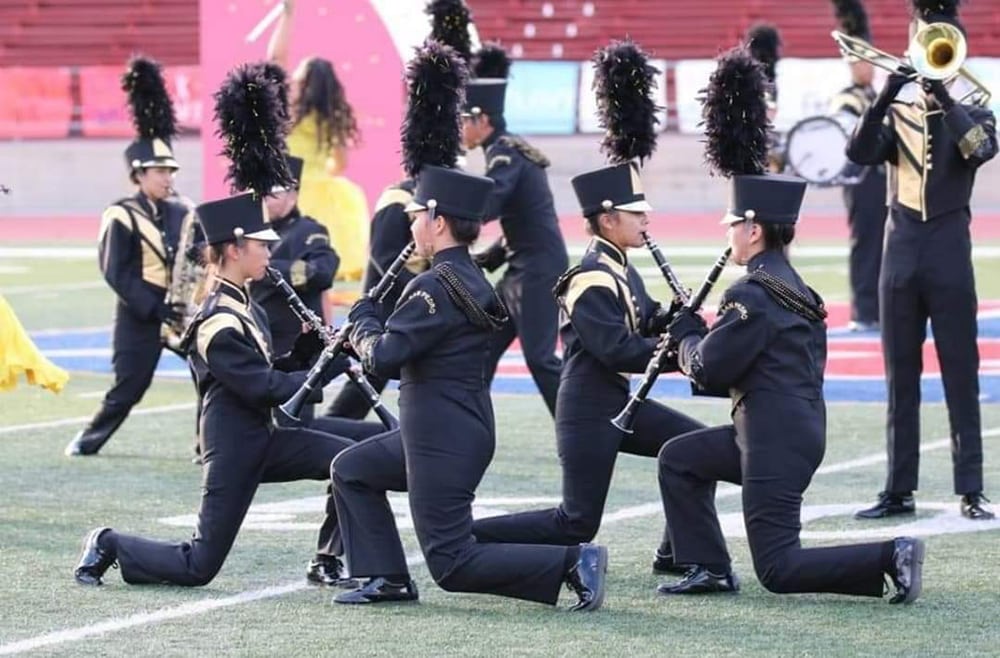 Did you know that if you want to see the Rose Parade in person, you can leave San Pedro at 8:15 a.m. that morning and be there with time to spare? I only know this because I went with a San Pedro High School band mom this year whose son was performing with the All-City Band. We even found free parking in a bank parking lot towards the end of the parade route.

My friend and I tried to run alongside the band to give her son water at the end, but we could barely keep up. It reiterated the dedication of these students marching at a fast pace while being watched by over 50 million viewers from around the world, holding their arms up the entire time while playing their instruments and not missing a beat or a step. This gave me a glimpse into the stamina and dedication of the San Pedro Golden Pirate Regiment.

San Pedro High School band members practice all year long, perform on the weekends and count on their families to volunteer. It is a huge operation, one that includes parents who can sew and tailor uniforms and transport props in trailers to parades and competitions.

But it is all worth it. Kiok McCarthy, a parent who has had two sons in the band has been the San Pedro Golden Pirate Regiment Booster President for the last three years. She volunteers her time recruiting parents to help at football games, parades, competitions, and fundraisers.

“It is a tough, rigorous program. Yes, these kids keep coming back for more,” states McCarthy. “The students learn what hard work and perseverance are all about, and their motto is, ‘No excuses, just results,’” she adds.

Darnella Davidson, the band director, has been with the regiment since 2015. With the help of the band staff, students and volunteers, she has brought San Pedro High School to the forefront of the Southern California band world and beyond.

“People do not realize the amount of work it takes to build a championship program,” states Davidson. “Bands deserve the same recognition as sports. We are not seasonal but a year-round activity that changes responsibilities from field to parade to indoor concerts to small and larger ensemble works,” she adds.

Andrew Soto, a 12th grade drum major, says the marching band has completely transformed him as a student, leader, community organizer, and person. “I learned how to speak in front of a crowd and energize a room. I am excited to implement the many skills I have built from the band and apply them to the real world,” states Soto.

In addition to a rigorous band schedule, the hardworking students have to maintain their grade point average and become experts in time management in order to juggle academics with band activities. It takes hours to prepare for a performance. Regiment members receive authentic experiences as professionals in front of TV cameras and large crowds.

Congresswoman Nanette Diaz Barragan nominated San Pedro Band to represent the state of California in the 2020 National Memorial Day Parade in Washington D.C. For some regiment members who have never been on a plane or to D.C, the money raised is the only way they can attend the parade. Part of the money will cover the cost of transporting their equipment in a trailer driven by a parent to D.C.

“Memorial Day is a time for us to not only celebrate our loved ones and heroes that we have lost for their bravery and dedication to this county, but also a moment for us to pause and rediscover our fortune,” concludes Luca St. Pierre, 9th grade trumpet player.