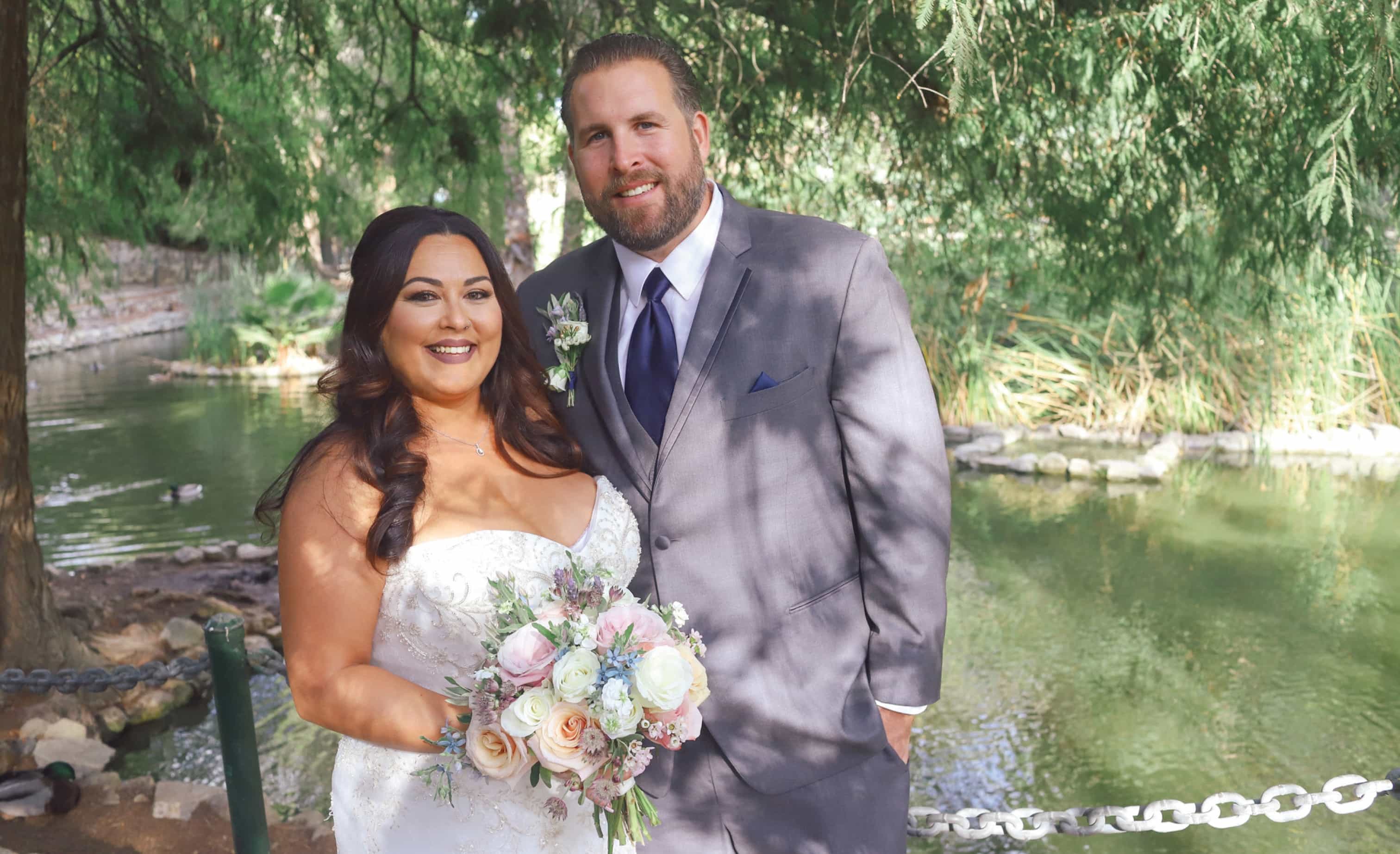 A guy walks into a bar…

Rather than following with a punchline, this story actually ends in love.

In 2013, Monique (Quintana) was working as a bartender at San Pedro Brewing Company when Andrew Ursich walked into her life.

“I was bartending on a Saturday when he came in, and I thought he was so cute. I had never seen him before,” says Monique. “I told my coworker, ‘Oh, I’m gonna marry that guy.’”

After Monique made the first move and bought the handsome stranger a drink, Andrew was oblivious. “He was so shy, and totally was not paying attention,” recalls Monique.
“I just thought, oh that’s nice,” says Andrew. “My best friend later clued me in that she liked me.”

After several months, the couple became official, and both share a love of all things vintage. “We both love antiques, and love to go to flea markets and classic car shows,” says Monique. Additionally, there are ample amounts of good times shared between the pair.

“I love Monique’s sense of humor,” says Andrew. “She’s always willing to joke around, and we laugh a lot.”

In 2017, Andrew decided to pop the question on Monique’s favorite holiday – Christmas. “I wasn’t nervous at all,” he recalls. “I was really excited.” Monique was happily taken off guard by the life-changing surprise, and her initial response wasn’t one you’d typically expect, “I told him to shut up,” Monique humorously recalls. “I couldn’t even stand up. I was shook.”

On October 12, 2018, Andrew and Monique became husband and wife with a waterfront wedding at The Reef in Long Beach. 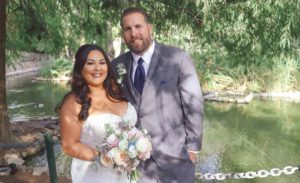 Officiating their sunset ceremony was James Brown, owner of San Pedro Brewing Company, where Monique has worked for 13 years. The bride was accompanied down the aisle by her sister, Sherese Quintana. Monique describes this meaningful moment, saying, “Our mom and dad are both gone, so its been just her and I for most of our lives.”

The reception showcased elements of vintage and rustic romance, featuring moody lighting of lanterns and candles. Music was provided by DJ Eklipse, and Andrew and Monique danced their first dance to “A Thousand Years” by Christina Perri. Another highlight of the evening was their wedding cake from Sweet and Saucy in Long Beach – half chocolate Oreo for Andrew, half strawberry shortcake for Monique.

After the “I Dos,” the newlyweds went on their honeymoon, taking a somewhat unconventional road trip to Texas. “We love the show Fixer Upper,” explains Monique. “Andrew is pretty much obsessed with Chip and Joanna Gaines, they are his spirit animals. So, we booked a stay at their rental home.” Andrew adds, “It was a lot of fun!”

Much like their favorites on Fixer Upper, Andrew and Monique have also enjoyed working together. In April 2017, the couple opened up Birdcage Beauty Parlour on Seventh Street in Downtown San Pedro. “It was our first project together, and we love it,” Monique says proudly. “We both enjoy expressing our creativity and would love to work on more projects, as well as grow and laugh together.”

Andrew and Monique currently reside in San Pedro. Andrew is a mechanic for SSA Marine, as well as the owner of Portside Garage, where he specializes in classic cars, bikes, and home projects. In addition to owning Birdcage Beauty Parlour, Monique is a manager at San Pedro Brewing Company.