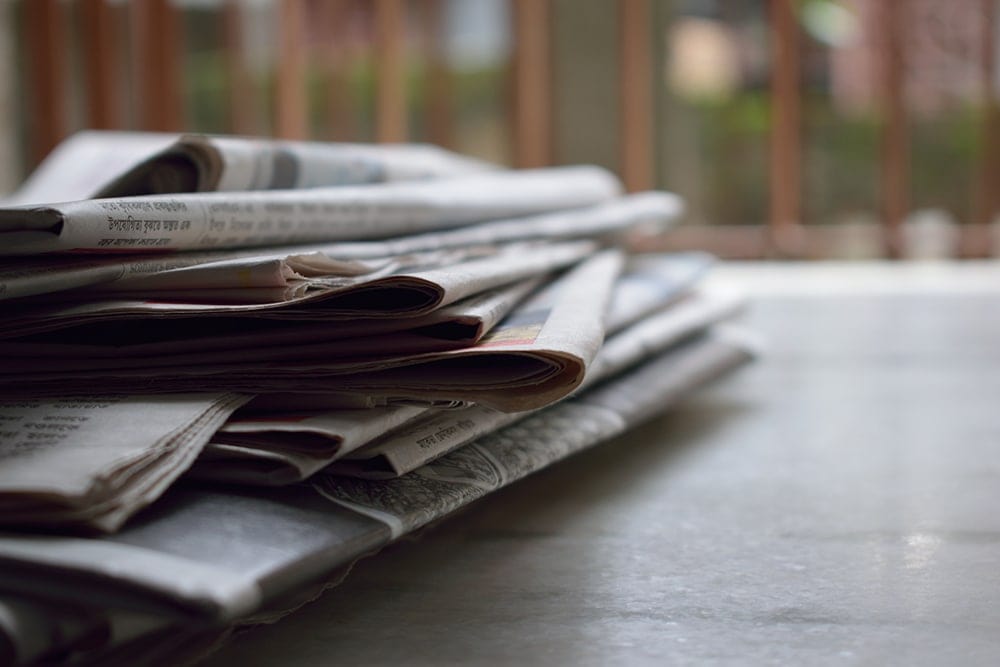 Here’s Some Local News You Can Wrap Your Fish Around

So many San Pedrans in the news, and no newspaper to report it.

That’s the sad fact of life for San Pedro as we end 2019; a paper that touts to give us “local news” but in fact, despite the best efforts of reporter Donna Littlejohn, gives us little of either. Here are a few such stories that in days past would have made headlines in the venerable News-Pilot.

DAVE GASCON
“Chief Dave” was named USA Diving’s Chair of the Board in September. The retired LAPD assistant chief was elected to the board of directors along with three other independent directors. Knowledge of diving was not a prerequisite for the appointment, as Gascon himself noted, but if administrative know-how was important, they picked the right man. In retirement, Gascon, a native San Pedran, is president of the Harbor College Foundation and a member of the Harbor College Athletic Hall of Fame Committee. He is also on the board of the USA Team Handball Women’s National Team, which is captained by his daughter Sarah.

Harkening back to one of his heroes, UCLA legend John Wooden, Gascon said, “I believe we need to be committed to our athletes, listen to them, and ensure they have a seat at the table as we collectively deal with their concerns. We need to do all we can to enhance their development in their quest to become the best of which they are capable. If that sounds John Wooden like, it’s because it is. That’s how we achieve competitive greatness. We want our athletes to be at their best when their best is needed. However, that philosophy also applies to each of us, especially coaches.”

Gascon will serve through 2024, which puts him in the spotlight in the countdown toward the 2020 Tokyo Olympics. We should be hearing a lot more from Gascon in the months to come.

VIVIAN CHURNESS
Another San Pedran making news on the international front, Churness gave the keynote address at the 45th Biennial Conference of the Christian Medical Association of India in Hyderabad in November.

Churness earned that honor by writing or co-writing six textbooks for nurses in India. Her latest, Psychology for Nurses in India, just came out. A professor emeritus at USC’s nursing school, Churness first went to India in 1960 as a missionary nurse. She returned in 2007 after a 30-year absence and has been making regular trips to India ever since.

A longtime member of San Pedro’s Trinity Lutheran Church, she also authored Missing: The Search for My Son, a memoir about her estranged husband abducting their 3-year-old son. The theme of her speech, and her life, was redemption.

Ramirez has retired from the classroom, but remains eager to add to his total of 503 wins as a head coach. He was assistant coach to Rick Ibarra two years ago and spent last season assisting at Long Beach Poly. When Ibarra retired, he applied for the head job and asked Ursich to join him.

Ursich has been running his highly successful Marina Sports Clinic for years, but the opportunity to get back on the field proved too hard to resist. The last time the two were together, in 2012, Ramirez was named South Bay Coach of the Year. Two years earlier, the Pirates reached the City finals.

JAMAAL K. STREET
Everyone knows Jamaal as a sportswriter, a regular in this magazine as well as the author of the quintessential history of San Pedro High softball, A Diamond Dynasty, but he’s equally skilled with video.

He’s a San Pedro High grad, but he loves all San Pedro prep sports, as he amply demonstrates with his latest videos on the Pirates, Mary Star, and Port of Los Angeles. In three online videos, each just a little over a minute long, he covers nearly every sport at the three schools in rapid-fire fashion, backed by inspiring Hollywood soundtracks.

Check them all out by searching for “Jamaal Street” on YouTube. And make sure to see the one-of-a-kind end credits.

Tedesco’s baseball team and Miller’s football team each entered the 2019 City playoffs as the top seeds in the Open Division. Birmingham, now a charter school, proved to be their nemesis each time and went on to win both titles.

The Patriots eliminated the Pirates, 5-3, in the quarterfinals in May en route to a third consecutive City championship; they defeated San Pedro in the football semifinals, 28-25.

Of course, the Pirates were only seeded No. 1 in football after Narbonne was banned from the playoffs for using ineligible players. Still, the sting of losing in both sports to the same Valley school should provide Tedesco and Miller with plenty of motivation for the coming year.