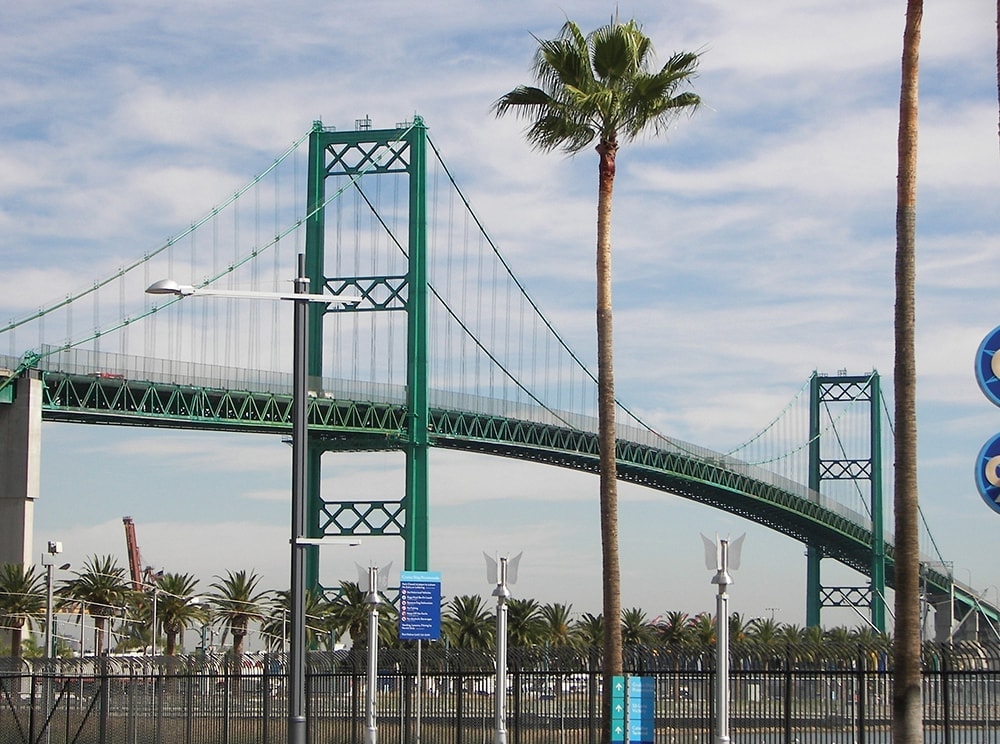 The Past Comes to My Doorstep, Randomly Speaking

One of the many things that makes San Pedro distinct is its interconnectedness.

Either through blood, marriage, friendship, school, church, work, or fraternal organization, most longtime San Pedrans are within the proverbial six degrees of separation. I know because I’ve run into it many times myself, and I’ve written about it often.

For instance, when I first met fellow longshoreman Mike Siverson (San Pedro High ‘79) and found out about his San Pedro roots, we got into a discussion about family histories, which in both of our cases go back a ways. That’s how we found out that we’re related: We’re both descended from John Billington, who arrived on the Mayflower in 1620. (It’s not a lot to be proud of — Billington is infamous for being America’s first murderer and was hanged in 1630.) Just how uncanny can it get? I had three experiences this year that even took me aback. They all occurred at work on the docks, where my job has me interacting with different people, like Siverson, almost every day.

Back in March, I was talking with San Pedran Vince DiMeglio, who spends most of his days driving at the China terminal. I asked if he was related to the three DiMeglios who were in my W’69 class at San Pedro High, twins Pam and Karen and Isador, and found out Vince is related to the twins.

Somewhere I mentioned that my birthday was coming up, and he said so was his. Now I’m not very good at telling ages (I had Vince pegged for late 50s, early 60s), but the biggest surprise wasn’t just that we shared the same birth month and year, but that we were born on the same day.

It’s bad enough he looks years younger than me, but my first thought was how had we avoided meeting before? The answer, of course, was obvious: He attended parochial schools, graduating from Fermin Lasuen at the same time I was graduating from SPHS.

If I thought that meeting a birthday buddy for the first time after 70 years in the same town — where we both ended up working for years at the same time as casuals before becoming registered longshoremen — was eerie, read on.

A few months after that talk with Vince, I was working under a crane with John Baran, who graduated from SPHS in 2000. He said he had gone to Taper Avenue Elementary, and I mentioned I, too, had gone to Taper Avenue, not long after it opened in the early ‘60s. I told him about our weekly visits to Jack Place, where our new home was being built in the second phase of the Rolling Hills Highlands development. And he said his family had lived on Jack Place. When I told him my house was 2222 Jack Place (Dad always loved the four deuces and a Jack address), he said that was his house.

My folks sold Jack Place in 1968 and moved near Dodson Junior High. The Barans bought Jack Place around 1979 and completely remodeled it (adding a second story) before selling it in 1995. John had the same bedroom I slept in for seven years.

What were the chances?

A few months after that conversation, I was working with a casual dockworker named Amanda, another San Pedran, under the same crane at APL. We had some time to talk, and she off-handedly mentioned her great-grandfather started San Pedro’s bus lines. It’s a subject I’m well versed in because of my own family’s involvement with the San Pedro bus lines when they were privately run, almost all owned by Italian Americans.

Amanda’s great-grandfather turned out to be Vincent Grant, whose father, Tony (who Anglicized the family name from Grandoni when he was naturalized), was indeed a pioneer in the San Pedro bus business along with my family. Vincent, who took over the business with his brother, Sam, after their father’s death, was much more than a bus owner/driver; however, he also was a contractor of some note, and in 1956, built the home I purchased in 1999.

There’s more. When I told Amanda (Bailey) Grant my name, she asked if I had a son who taught at Dodson Middle School in the early 2000s. And, yes, Amanda turns out to have been one of my son’s students.

Only in San Pedro.

BUT WAIT…
As if running into two people weeks apart at the same location intimately involved in two of my San Pedro homes wasn’t strange enough, I opened a Christmas card from my paper delivery person just as I was finishing this column.

I had to do a double-take when I saw the return address: She lives in the 1700 block of Grand Avenue — directly across the street from the house I lived in during the mid-‘50s, the first home I remember.

Thomas Wolfe was right in the nonliteral sense when he said you can’t go home again. But when you live and work in the same place where you, and your father before you, were born, you really can go home again — and again and again. spt 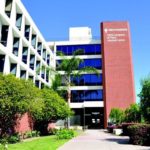 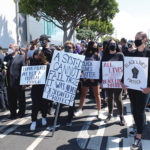 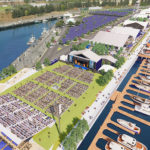