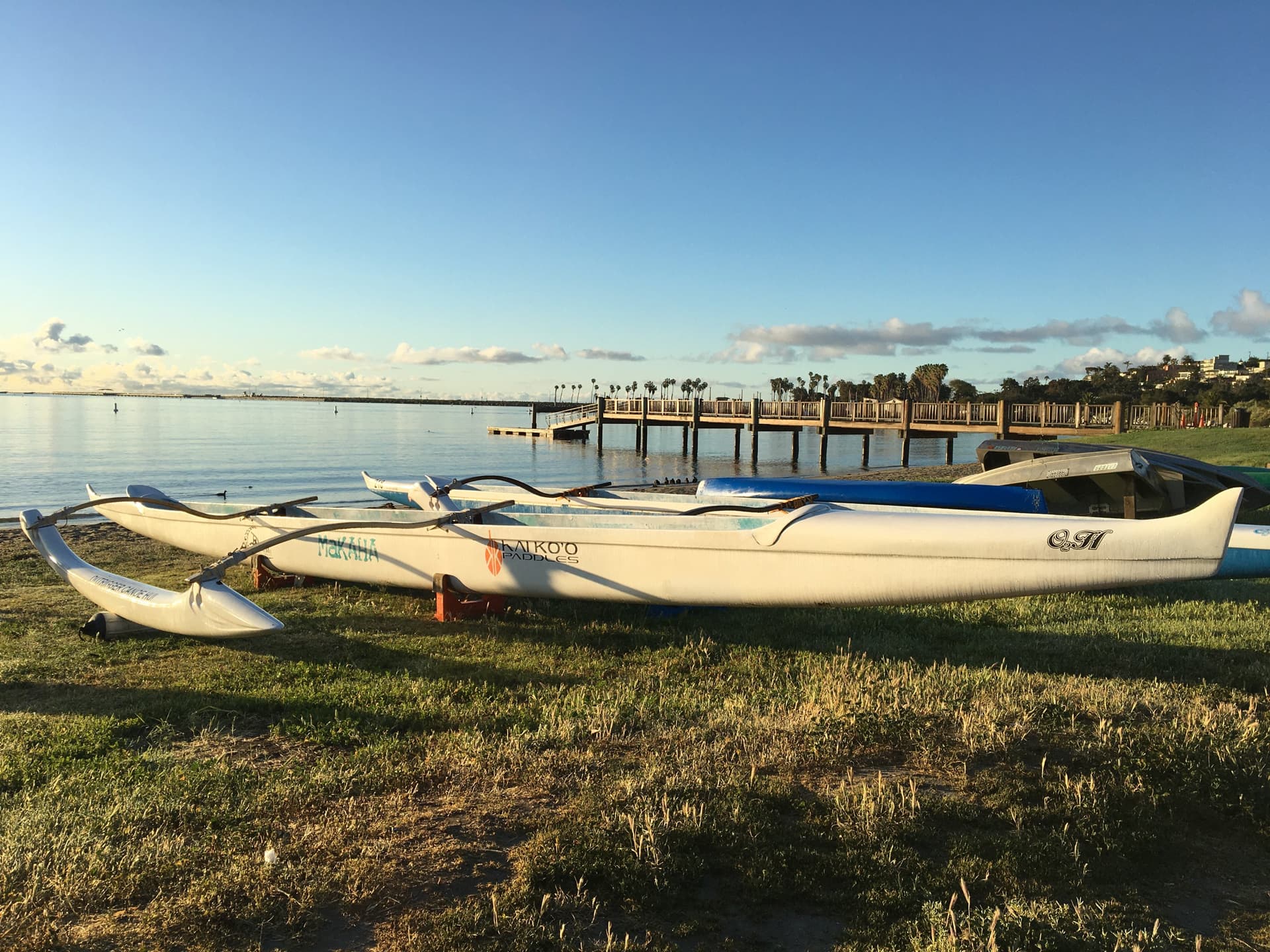 On the Water with the Outrigger Canoe Club

On a cloudy Sunday morning, I joined the San Pedro-based outrigger group — Makaha Outrigger Canoe Hui — for practice. While I own my kayak and have been dragon boating several times, I have never been on an outrigger. Nevertheless, outriggers have been part of Hawaiian tradition for centuries. An outrigger boat is a thin canoe with a lateral support float called an outrigger fastened to one or both sides of the boat.

Another newbie and I received a brief lesson on the land about staying in unison as we paddled and the possibility of a huli (capsizing). A huli does not happen that often, according to members of the team. I know because I asked. We also learned the commands coming from the person in seat one (at the top of the canoe), including “hut, hut, ho,” the command to paddle on the opposite side. 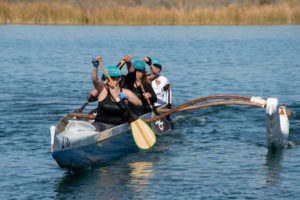 We launched two outriggers from the Cabrillo Beach Youth Waterfront Sports Center. Getting into the thin canoe was easier than I imagined. I only got my feet wet as I walked through thick eelgrass in the water. No sandals are allowed on the boat, so I was barefoot. The coach had an aloha vibe, and I was happy I was on the outrigger with her sitting behind me. I am sure that was no accident, as I was the least experienced person there. As we glided over the calm waters towards the marina, her soothing voice coached me on breath and form.

Terry Liegey, a team member, says she likes the outrigger because it gets her in nature, and she enjoys seeing the dolphins and stingrays. “It is so peaceful and like being close to God. It is gorgeous and very therapeutic,” she shares.

Makaha Outrigger Canoe Hui, a nonprofit agency, was formed in 2018. Practices are held every Thursday at 6 p.m. and Sundays at 8 a.m. Interested paddlers can attend two practices at no cost to see if they would like to join the team, which competes up and down the coast. Being a member of the San Pedro outrigger team is part of a bigger community connected to other outrigger groups up and down the coast through competitions.

“I got involved because I love Hawaii and the feeling of being out on the water,” states Christine K. Le, a member of the San Pedro outrigger group. “I live in Torrance and wanted an excuse to come to San Pedro. I fell in love with San Pedro.”

The boat lifts as paddlers work together to propel the boat through the water. The sound of the boat gliding through the water by the force of everybody working together is magical. The practice lasted two hours, my arms got a good workout, and I met some friendly people. It was a quiet morning on the water, and although not crowded, we passed people on paddleboards, kayaks, and boats enjoying the San Pedro ocean on a Sunday morning.

The racing season is March to October, but you do not have to race to be part of the team. Typically, participants don’t race until their second year with the team. If you decide to join the team, the cost is $100 for the season, with practices on Thursdays at 6 p.m. and Sundays at 8 a.m. There is flexibility with the practices if you can’t make all of them. There will be a children’s team forming if there is interest from the community.