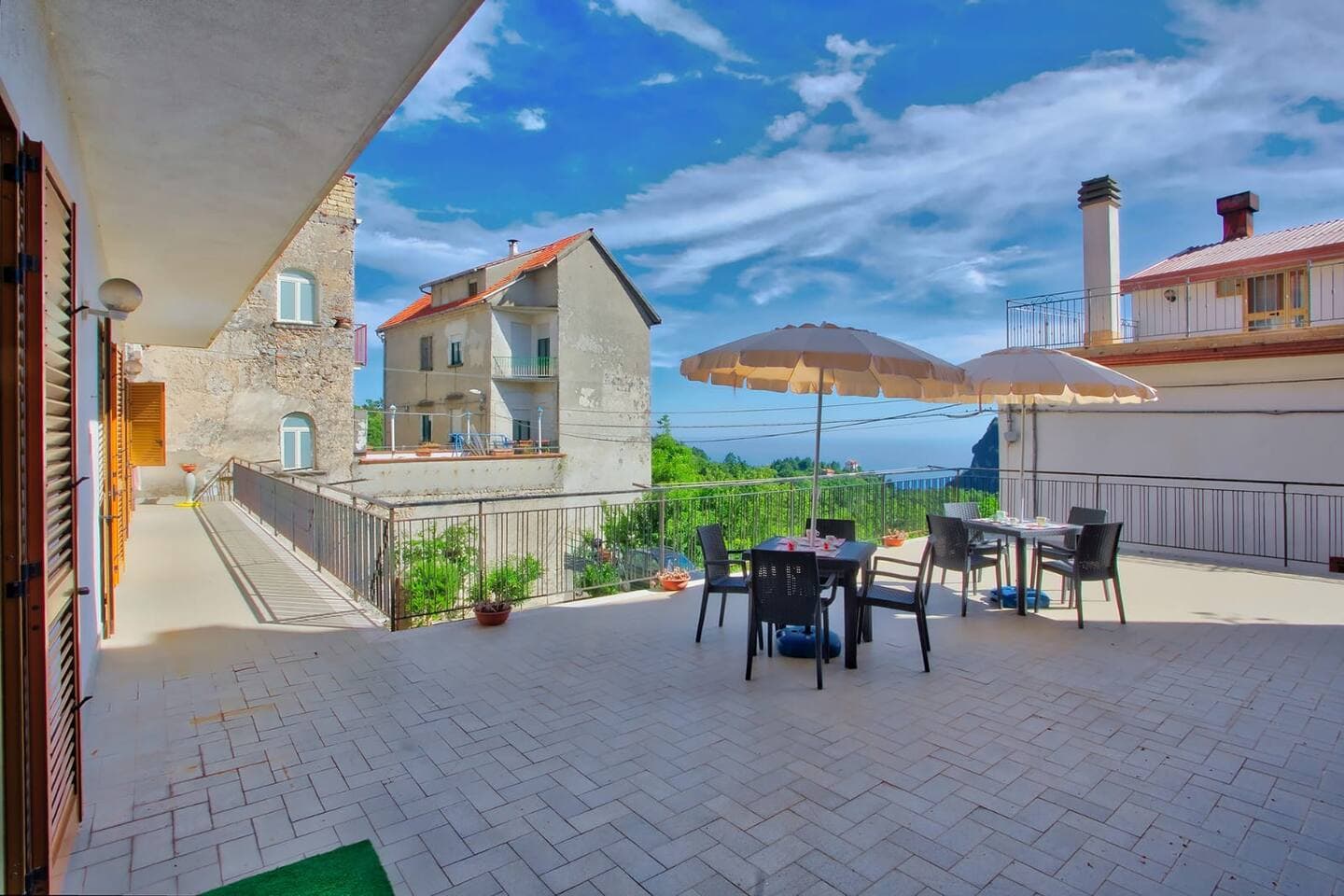 Say ‘Basta’ to California with a New Italian Cookbook

Since Californians can no longer go out to eat, it’s no stretch to imagine there’s been a huge uptick in home cooking.

I know for myself I’ve worn out three microwaves since last March and tried just about every ethnic food Trader Joe’s has to offer. But that’s not what I’m talking about; I’m talking about people standing in long lines at the supermarket with fresh food, then going home and dusting off those cookbooks that have been sitting around unused for years and actually making food in the kitchen. And having little to do but stay home for the past 11 months, I’m sure you know your way to the kitchen.

Of course, finding great cooks in San Pedro isn’t hard, and they’re not all called nonna, nana, abuelita, or grandma — the men in this town do their share of cooking, even if most of it is flipping meat on the grill.

Even the best cooks, however, could use a cookbook, and there’s a new one out there that should appeal to San Pedrans for at least two reasons: It’s written by former San Pedran Graziella Coccia, and the recipes are for Italian food. I’m not biased or anything, but I think we can all agree Italian food is the world’s best — I mean, mostaccioli is a standard dish even for Croatians.

Mostaccioli, by the way, happens to be a specialty of southern Italy’s Campania region, home to Naples, Sorrento, the Amalfi Coast, and the little island of Ischia. 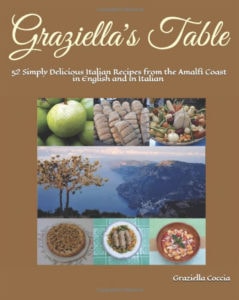 Overlooking the Amalfi Coast is the little town of Agerola, the hometown of Antonio and Maria Coccia and their six children. The Coccias had an aunt in San Pedro who was married to Fred DiBernardo (father of Libby DiBernardo) and immigrated in 1974. Graziella, whose real name is Mariagrazia but was known as Maria here, attended Dana, became fluent in English, and graduated from San Pedro High in 1981. She returned to Italy, married postal worker Agostino Savarese, and raised two daughters. Last November, she published Graziella’s Table: 52 Simply Delicious Italian Recipes from the Amalfi Coast in English and Italian ($29.99 at amazon.com, paperback, 160 pages)

Just reading the blurb on the back made me hungry: “[Graziella] shares family recipes that highlight the flavors of Italy’s southern coast with simple, easy-to-find ingredients. . . . She covers recipes for traditional fan-favorites like Penne alla Puttanesca, Eggplant Parmesan, and Tiramisu, and also shares some less familiar, local Italian dishes that will really impress.”

Graziella’s parents, who saw all of their children graduate from San Pedro High, moved back to Agerola 20 years ago; sister Anna married Ciro Amalfitano here, then they also moved back to Italy, settling in Ischia. The other four siblings remained: Joe in Corona, Mario in Newbury Park, with Albert and Rita (Bozulich) still in San Pedro. And Aunt Filomena just turned 100.

Mario married Jane Louros, who was a classmate of Graziella’s and whose own family background I wrote about in my last column about San Pedro’s Greeks and restaurants.

If you read the cookbook (and try the recipes) and like the results, a more personal experience with the author is possible. When not in the kitchen, Graziella runs a rental vacation home with views of the Tyrrhenian Sea.  You can check it out here.

It doesn’t say one of Graziella’s home-cooked meals is included, but telling her you’re from San Pedro can’t hurt.

As my grandparents said, “Mangia, mangia.”

MEANWHILE, BACK HOME…
Are you tired of going to the movies, visiting theme parks, eating out with your friends, enjoying church potlucks, hanging out at the bars or gyms with your homies?

So, since we have so much free time on our hands and we’re spending so much time in front of our computers as it is, why not check out some of these internet sites with decidedly San Pedro angles? (Direct links to the following sites provided at sanpedrotoday.com)

For San Pedro history buffs — and isn’t that all of us? — spend some time with blogger Tim Titterud’s mysanpedro.org; “Notorious: The Infamous History of the Port of Los Angeles” on vimeo.com; the four-part series “The Port of Los Angeles: A History” on YouTube; and two videos on Sunken City, one by Oddity Odysseys and the other by Mystery Avalanche, both also on YouTube. You also can take a lively virtual tour of San Pedro to the musical stylings of Beer Drinkin’ Whether, doing a cover of Fleetwood Mac’s “Go Your Own Way.”

Two San Pedro natives who live elsewhere but whose hearts have never left their hometown also are using YouTube to good effect. Van Barbre (San Pedro High W’64) has accumulated some 5,300 subscribers to his video page, where the most popular videos, among some 500, are his DIY home improvement projects, tributes to fellow Vietnam War veterans, and San Pedro history.

Retired community college athletic director Lefty Olguin (S’69), who started the San Pedro High Athletic Hall of Fame, has had a long part-time ministerial career and is now sharing his biblical insights with a larger audience. He’s posting “Putting the Pieces Together with Lefty Olguin” regularly on YouTube.

Finally, if your internet is down and you have HBO, take a look at the latest Ben Affleck film, The Way Back, filmed almost entirely in San Pedro. The protagonist’s hometown is never identified, but the locales are obvious. It doesn’t hurt that it’s also a good movie, an updated Hoosiers with f-bombs.

Now Google “San Pedro” and have fun — as much fun as you can without wearing a mask. spt