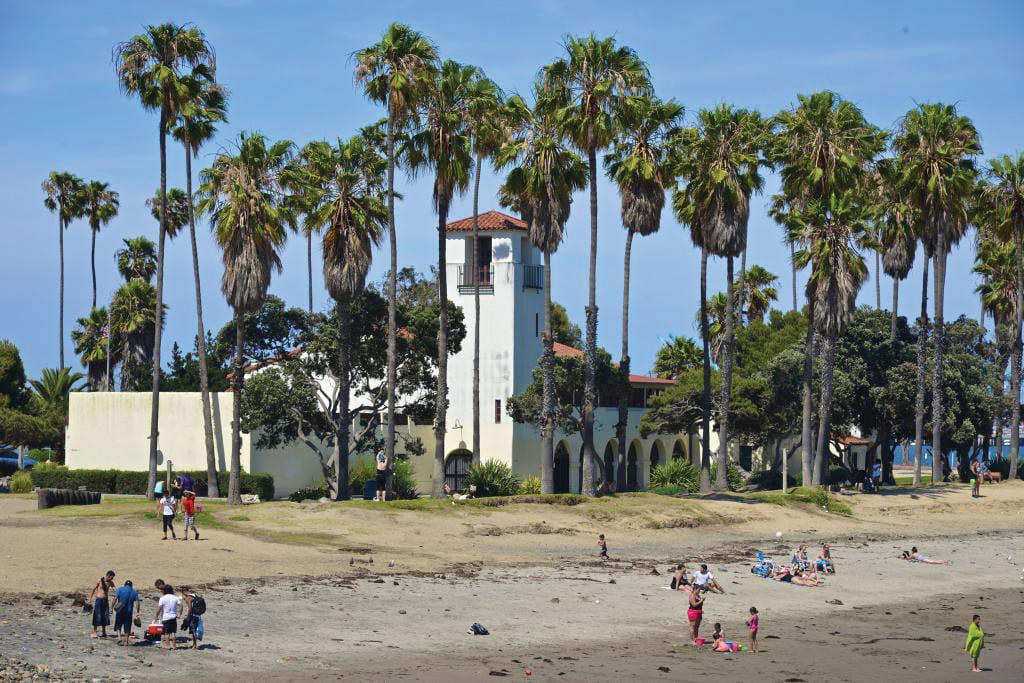 My goal before the quarantine was to see the ocean daily, usually Cabrillo Beach. I would either take my kayak out or walk by the beach. If I was too busy, I would drive by on the way home. The whole point of living by the ocean, in my opinion, is to enjoy it. Now I am exploring the local coast more intimately and discovering each day brings something new to learn or explore.  Some days, if I have the time, I may see the ocean three times a day now. It is helping me to stay positive and get out of my house when I get buried by work.

I like to swim at Cabrillo Beach especially when the water warms up between August and October, typically. Recently the water at outer Cabrillo Beach dropped from a chilly 62 degrees to 52 degrees in one day. There is a thermometer attached underneath a buoy at the outer beach. Swimming to the buoy is a tradition at Cabrillo Beach all year long, not just during the annual Polar Bear Plunge on New Year’s Day. One of the local polar bears, a group of people who swim daily at Cabrillo Beach, mostly without wetsuits, had checked the thermometer and confirmed the temperature.

According to Jim DePompei, Programs Director of Cabrillo Marine Aquarium, “The south-facing Cabrillo Beach gets an eddy, which is swirling water currents that can travel long distances before dispatching. The cold-water currents come down from the north where [they mix] with warmer water from the south,” he states. “When the eddy goes beyond Palos Verdes, it spins and curls and cuts into Cabrillo. Our water temperature is always a little cooler than South Bay or Orange County,” adds DePompei.

According to DePompei, the two different water currents bring species of fish and marine life from both the cold and warm water climates. Cabrillo is unique because there are multiple habitats within walking distance of each other, including a saltwater marsh, tide pools, and mudflats. There are also two different beaches, including a protective inner beach with low wave activity, eelgrass, and a view of the harbor. The outer beach is an open ocean with a view of Catalina Island. There are different animals, birds, algae, and habitats at each of the locations. The tidepools are the beginning of the rocky shore from San Pedro to Rat Beach, which is mostly rocky.

Cabrillo has many varieties of birds, sand dollar beds, fossils in the rocks, and grunions who lay their eggs in the sand. It is truly a special place that relies on the city and the community to keep it clean. Tidepool etiquette promotes leaving sea life, rocks, and shells alone so others can enjoy them as well. More than ever, we need local leaders who are focused on marine conservation and a community that advocates for the protection of the sea. Ultimately, the birds, dolphins, and marine life will benefit from our efforts. spt