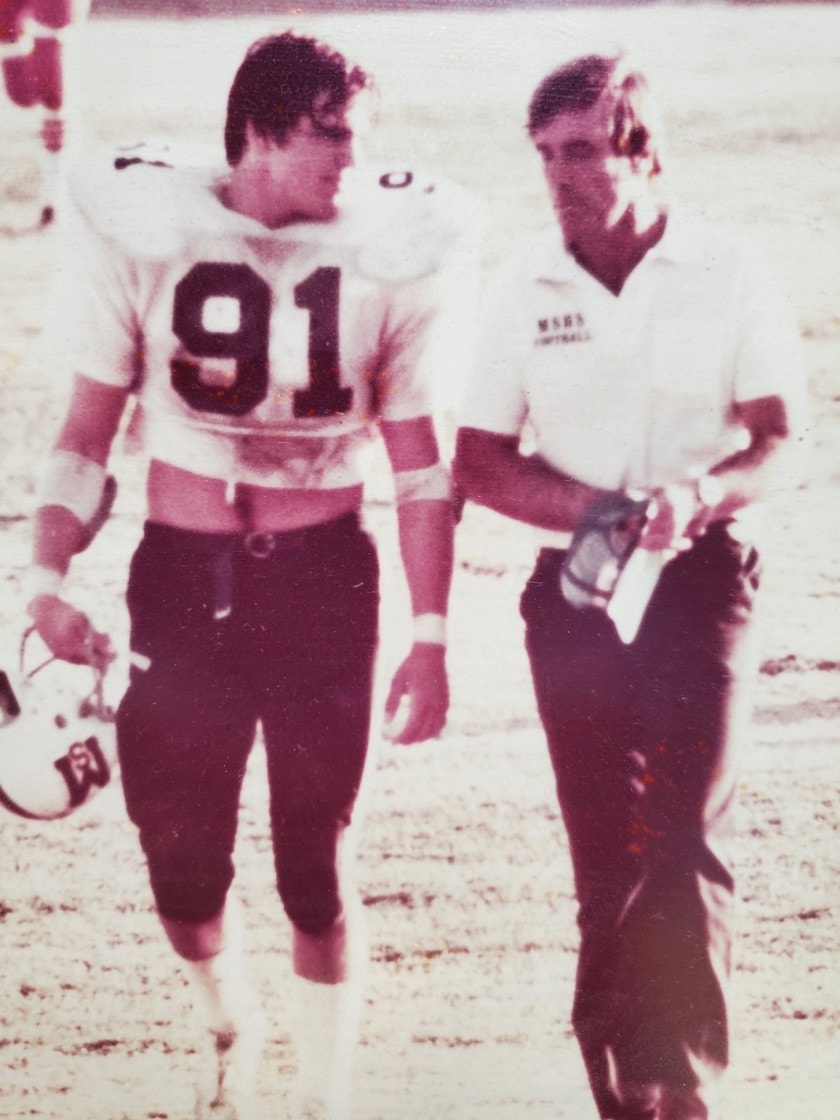 For weeks on end, we read and heard about the toll of COVID-19, all while wearing masks and gloves and standing in line staring at empty store shelves.

It all seemed to be happening somewhere else, to somebody else. When it finally hit home, it struck like a thunderbolt, within ten days taking two of San Pedro’s leading sports figures, two men inextricably linked to each of our town’s high schools. 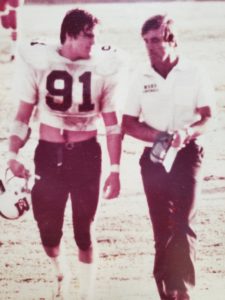 I never met Joe Radisich, who died March 25 at age 86, but I worked at the News-Pilot during his heyday as Mary Star’s football coach, writing headlines as his “little school that could” defied all odds in beating much bigger schools time and again. And working at the Daily Breeze, where the News-Pilot was published, during that time as a composing room foreman was Larry Robertson, who died April 4 at age 72.

Coach Radisich was older and in poor health before contracting COVID-19, but Larry was fit and healthy when he was infected. Ironically, Larry may have contracted the virus doing what came naturally for him, helping others. In retirement, he and his wife, Faye, both worked at the cruise terminals, where he assisted passengers on and off the ships, and there were infected passengers at the time. Both were graduates of San Pedro High—Radisich in 1954, Larry in S’65—and both impacted the community they loved.

I worked with Larry for 20 years as a copy editor for the News-Pilot and Daily Breeze. A year after I left Copley for the L.A. Times, I bought a house in the same neighborhood as Larry and passed by his house regularly, stopping often when I saw him working in his yard or in the garage to catch up on the latest news. More recently, he became an integral part of the San Pedro High Athletic Hall of Fame, which honored his father posthumously in 2017. Before joining me as a committee member, Larry and his sidekick, Leon Carr, were mainstays in raising funds for the hall, selling those ubiquitous 50-50 tickets just as they did for years with the Pirate boosters.

Years before I knew Larry, I knew his parents, Jim and Mary, through their friendship with my parents. Back in the ’60s and ’70s, when my dad needed plumbing help, he always called Jimmy, who was a longtime employee of the Harbor Department. Jimmy was a real handyman; the brickwork he did for my parents still stands at their house. Jimmy also was a well-known figure in the community through his volunteer work with youth sports and the elderly. He was San Pedro’s Citizen of the Year in 1996, the year he died, also at a young age, 74. San Pedro High’s Alumni Field now bears his name. And it was Jimmy, a S’41 San Pedro High grad and treasurer of the Pirate boosters for 13 years, who started the 50-50 sale at Pirate football games. Larry was living proof that the apple doesn’t fall far from the tree.

Larry also was proud of his local roots. The last time I saw him, he loaned me a worn copy of Ella Ludwig’s classic 1927 tome, History of the Harbor District of Los Angeles, which includes his great-grandfather John W. Robertson, a San Pedro pioneer. It was only fitting that John’s grandson Jim ended up meeting and marrying Mary Trittinger, whose father was the Point Vicente lighthouse keeper from 1930 to 1945.

This month’s column was going to be about the Spanish flu’s effect on San Pedro in 1918, the year John Robertson came to San Pedro, when death struck tragically and randomly and shrouded the town in sorrow. It is hoped the numbers who die from COVID-19 may never approach what happened a hundred years ago, but the pain for friends and family of loved ones we’re losing now remains the same.

SILVER LININGS?
It’s difficult seeing anything good coming from the COVID-19 pandemic, but some lifestyle changes have been positive.

The most obvious is the enforced bringing of families together. I’ve never seen so many couples out walking together, often with babies in strollers, older kids on bikes, dogs on a leash. It’s heartening, but let’s face it: When the pandemic ends and the parents are back to work, the “old normal” returns. In the meantime, with the lockdown in effect, you can actually drive around town without hitting a traffic jam. But then again, there is no place to drive to.

I’ve also been impressed by the creativity shown by so many people in the hilarious memes permeating social media. Pluto the dog on YouTube has been a constant source of joy through these troubling times, a good reminder that laughter is indeed the best medicine.

With the rat race put on hold, it also seems like people are being nicer to each other. Maybe it’s because there is no reason to hurry anymore, but people seem to be more patient and understanding and actually polite. It’s refreshing; those random acts of kindness have moved off car bumpers into real life. Take Cathy Michalak of Eastview: She made a batch of sourdough starter and used the Nextdoor app to offer it to her neighbors.

A subsidiary benefit that will remain and impact many lives has been the discovery in the States of the wonders of the bidet. I hate to credit the French with anything, but it beats waiting in line for toilet paper at Costco. spt