“As we witness the erosion of the moral authority of our governmental, religious, and media leadership, it might be worthwhile to reflect on what we really need in leaders. Over the last 13 years, I have pastored (very imperfectly) at Trinity Lutheran. I have compiled nine commandments (I know I need one more) of leadership for our elders, staff, council, and others who serve in leadership. This month, I will continue to comment on a few of these commandments. You can find my previous column in last month’s issue, available at sanpedrotoday.com.

I tell the other leaders at Trinity, “We don’t always vacuum, set up tables, and take out the trash, but we do sometimes.” When I was in college, the school was facing financial challenges. At that time, I had undiagnosed FOMO (aka Fear of Missing Out). One of the symptoms of FOMO is minor insomnia, brought on by the thought of a small group of people who might go to Denny’s without you. This fear kept me up, sometimes late. One night, I caught the new college president down in the wood shop. The president didn’t know I was watching him. Before that night, I didn’t know he smoked a pipe. But,

I also discovered something else. He emptied the trashcans from the whole lower level of the building. He even looked both ways to make sure no one was watching before humbly hauling all the rubbish out to the dumpster. I was sold on President Bergquist that night. I would follow him because I saw his heart in his actions. He was a certain kind of leader. He was a servant leader. The gracious way he served in public matched the way he served in private.

Tao Te Ching, a Taoist writing possibly from as far back as the 6th century BC, offers an early hint at the significance of servant leadership:

The Prophet Isaiah wrote at about the same time in Israel’s southern kingdom, Judah. I’ve been preaching through passages from the Prophet Isaiah recently, and the four “servant songs” embedded in this book (Isaiah 42, 49, 50, 52-53) have given me pause more than once. The political and religious mood of Isaiah’s time included lots of bragging and bickering from the kings and priests of Judah. Toxic acts of self-promotion, and attitudes of entitlement arced their national life toward slavery instead of freedom. Leaders need to gain or maintain power, which usually makes them forget what power is for in the first place. God instructs Isaiah to tell those leaders that he will send his people a real leader who won’t come to take, but will come to give. This servant leader won’t come to be served, but to serve (Mark 10.45).

Servant leadership is sustained through simple proximity. When you walk way out in front of people, they lose sight of you and you of them.

Dr. Martin Luther King, Jr. stayed in close proximity; he marched and served time together with those who followed him. Mother Teresa through washing wounds. Jesus through washing feet. President Bergquist through taking out the trash. And they changed the world. Not in spite of their servanthood, but through it.

This all makes a difference in how we identify, elect, or equip our future leaders. But it is also a call to you, dear reader. Leadership is scalable, and at some level, you have been called to lead. Brené Brown’s new book posits a helpful and scalable definition of leadership that serves: “I define a leader as anyone who takes responsibility for finding the potential in people and processes, and who has the courage to develop that potential” (Brené Brown, Dare to Lead. Random House, 2018. Page 4). 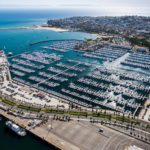 What’s Up With the Waterfront? 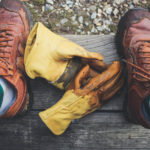 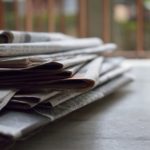 Here’s Some Local News You Can Wrap Your Fish Around 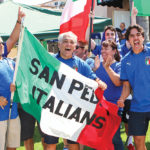