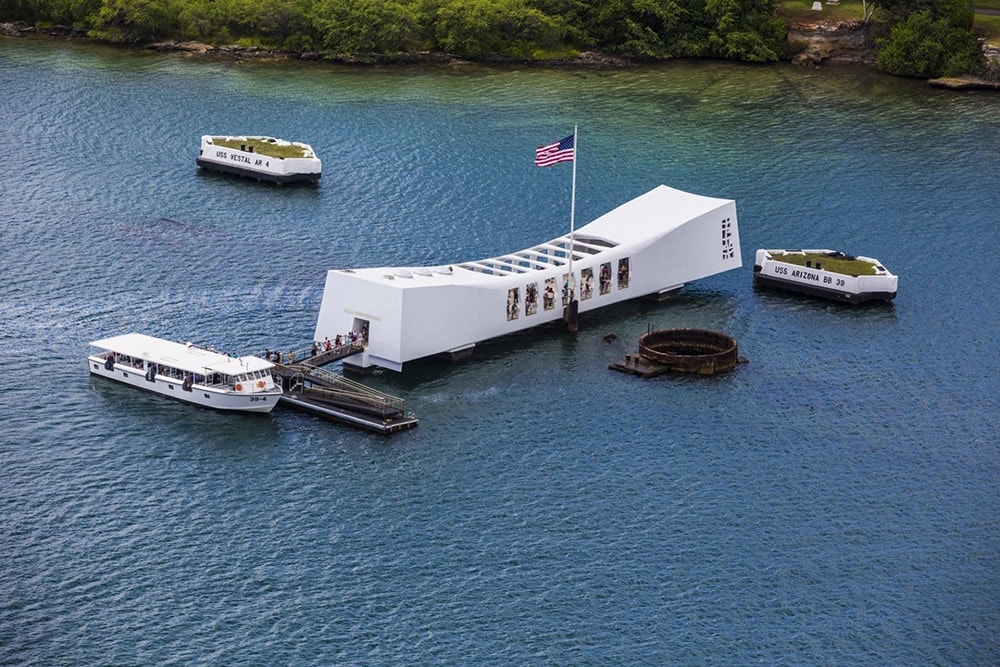 Voices From the Grave Remind Us to Never Forget

It was 20 years ago, but it seems like only yesterday when we here on the West Coast awakened to the horrors of airliners crashing into the Twin Towers in New York City, a “day of infamy” igniting the global war on terrorism.

We were reminded even then of the parallels to the first “day of infamy,” Dec. 7, 1941, when the Japanese attacked Pearl Harbor, thrusting the United States into World War II. The shock of 9/11 reverberated throughout the nation, just as Pearl Harbor did, but San Pedro was impacted in a very personal way in 1941. As we observe the 80th anniversary of Pearl Harbor this year, it’s important to remember that hundreds of San Pedro families had loved ones on duty that day in Oahu, the result of the Pacific Battle Fleet having been based here during most of the previous two decades.

Those old enough to remember 1941 will have memories of the family gathered around the radio listening to the latest news and headlines blaring the next day. And around the nation, thousands of people who had family members stationed in Pearl Harbor waited breathlessly for word about their loved ones.

Pearl Harbor was thousands of miles away from the mainland, and back then, the only direct communication between sailors and their families was by letter or telegram. Letters took weeks to traverse the Pacific, either by steamship or mail carrier plane. So it was that families received letters and, in some cases, Christmas gifts that had been shipped before Dec. 7, not knowing the fate of the sender.

Reading newspapers in the days, weeks, and months after Pearl Harbor, one could tell the attack had been devastating, but details only slowly emerged. We were suddenly at war, and for obvious reasons, officials didn’t want the Japanese to know just how much destruction they had wrought.

The official tally was 2,403 Americans killed, and 20 sailors called San Pedro home. The biggest loss of life at Pearl Harbor, of course, was the sinking of the battleship USS Arizona. When that ship blew up, it took 1,177 men with it, the largest loss of life from a ship sinking in Navy history. More than 900 sailors remain entombed in the sunken hull, among them nine men who called San Pedro home. Those who went down with the ship and the 85 bodies recovered and buried were never identified; their names are forever etched into the Arizona memorial in Oahu. The bodies of 105 Arizona crewmen were recovered and identified.

It’s a different story, however, for the 429 men who perished on the USS Oklahoma.  Only 35 bodies were recovered and identified at the time. Most of the other 394 bodies, including five San Pedrans, remained on the Oklahoma, which had turned turtle in the Ford Island mud after being hit by at least seven torpedoes. The dead crewmen, all originally listed as missing in action, had been declared killed in action by 1943 when the Oklahoma was raised and the remains removed. Still unidentified, those bodies were then interred in 46 plots of commingled remains marked as “unknowns” in the National Memorial Cemetery of the Pacific, known as the Punchbowl, in Honolulu.

In 2015, the remains were disinterred and sent to the DPAA lab in Hawaii. Since then, nearly 300 of the remains have been identified using DNA, dental analysis, and anthropological analysis. Two San Pedrans — Warrant Officer Machinist Daryl H. Goggin, 34, and Chief Petty Officer Albert Eugene Hayden, 44 — were in the first group identified in 2015. In November 2020, Water Tender 1st Class Oliver Kenneth Burger, 26, was identified, and earlier this year, the DPAA announced it had identified the remains of Storekeeper 1st Class Harry Earnest Walker, 36. That leaves Machinists Mate 2nd Class James Rufus Buchanan as the only unaccounted for San Pedran. All five were married; Burger, Buchanan, and Goggin left children.

Walker is just the latest San Pedro-related war casualty the DPAA has been able to identify.

Marine Pfc. Roger Gonzales, a S`48 graduate of San Pedro High, was 20 when he was killed at the Chosin Reservoir in November 1950 during the Korean War. He was buried near where he died; the body was disinterred after the war and returned to the States but remained unidentified.  Using advanced forensic techniques, the DPAA was able to officially account for Gonzales in April 2018, and his remains were buried later that year at Green Hills Memorial Park.

It’s not known if Sgt. Fred Farris ever lived in San Pedro; he was born in Texas and joined the Marines there. His mother, brother, sister, and stepfather, however, were all living in San Pedro when he was killed in Tarawa on Nov. 20, 1943. At 19, one of the youngest sergeants in the entire corps, Farris received a posthumous Silver Star for gallantry in that bloody assault.  He was buried on the island, but when the military returned after the war to repatriate remains, his were among a group of bodies that couldn’t be found.

It wasn’t until 2016 that a construction crew uncovered remains, which were sent to the DPAA in Hawaii. After 77 years, Farris was finally accounted for in April 2020; he was to be interred at Arlington National Cemetery. His parents and siblings are all dead; his mother, stepfather, and sister are buried at Green Hills.

Just days before the 9/11 anniversary earlier this month, two more of the 2,753 victims of the Twin Towers attacks were identified. That leaves 1,106 victims still unidentified, but those sailors at Pearl Harbor would be proud to know they served a country that keeps its promise to never forget.  spt