When Erika Reyes received emergency texts from her son on a Friday morning, a San Pedro High School Police Academy Magnet student, she became very concerned. Her son, who is high functioning autistic, was upset. Michael Romero, Local District South Superintendent of LAUSD, had just announced to the students at the police academy that the program would end in June and move to Banning High School. The academy has been at San Pedro High School for 22-years, and this decision was unexpected to students, parents, and staff.

“My son spent the weekend in hibernation mode as a coping mechanism. I wish the parents were told first so I could have prepared him better,” said Reyes.

Reyes was angry too, her son is also on the football team and is thriving in school. The structure of the academy and its rigor were working so well for him. She did not feel Banning would be a good match for her son and did not know what she was going to do.

Reyes was not the only one who was mad about the announcement. Students at the academy cried after Romero told them the news and parents demanded answers. The academy is located on the Olguin campus at San Pedro High School, a few blocks from the main campus with a total of 800 students, overlooking the ocean. A Marine Science Magnet and regular classes are also located at Olguin as an option for all San Pedro High School students to attend high school in a smaller, quieter setting if desired.

The academy has had a positive impact on countless students. Many have gone on to be LAPD officers, L.A. County Sheriffs, lawyers, and overall good citizens and prepared them for college. At a public meeting held a few days after the announcement, students, parents, and staff pleaded with Romero to keep the program in San Pedro. After many strong worded testimonies and heated outpouring, Romero reversed the decision a few days later. He said that the principal now has a solid plan to improve the math scores in the program and increase the enrollment numbers.

Reyes was relieved, “This program has been a blessing to our family and changed my son completely. He has made so many friends, and it has taught him to be organized. He now helps out shy kids like how he used to be and shows them around the campus.”

For Police Academy Magnet alumni Gloria Gonzales, the program is the reason she accomplished her career goal of becoming an attorney. “The connection between my educational achievements and the SPHS Police Academy is undeniable. I know that I would not have had the same opportunities at my local high school. At the academy, I had mentors and staff who encouraged me to follow my goals.

I learned valuable leadership skills through all the rank positions I held in the Academy,” she said. “I postponed my swearing in as an attorney to host it at LAPD headquarters in front of other Cadets while SPHS Police Academy Magnet Coordinator, Sandy Martin-Alvarenga, administered my oath.”

Romero said after listening to the community, he is confident with a new plan in place, the program will continue.

“There were strong comments from the community. It is my responsibility to be there and listen,” he said. “The students were very forthright in their testimonials and questions to me, and I want them to know I listened. This program is about giving back and being in service. It’s the right thing to do to keep it in San Pedro.”

Santa Claus Is Coming to Town 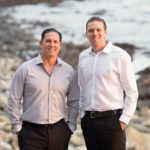 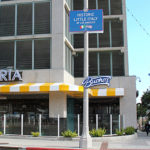 In More Ways Than One, San Pedro Closed for Business 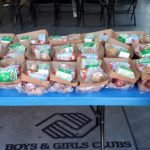