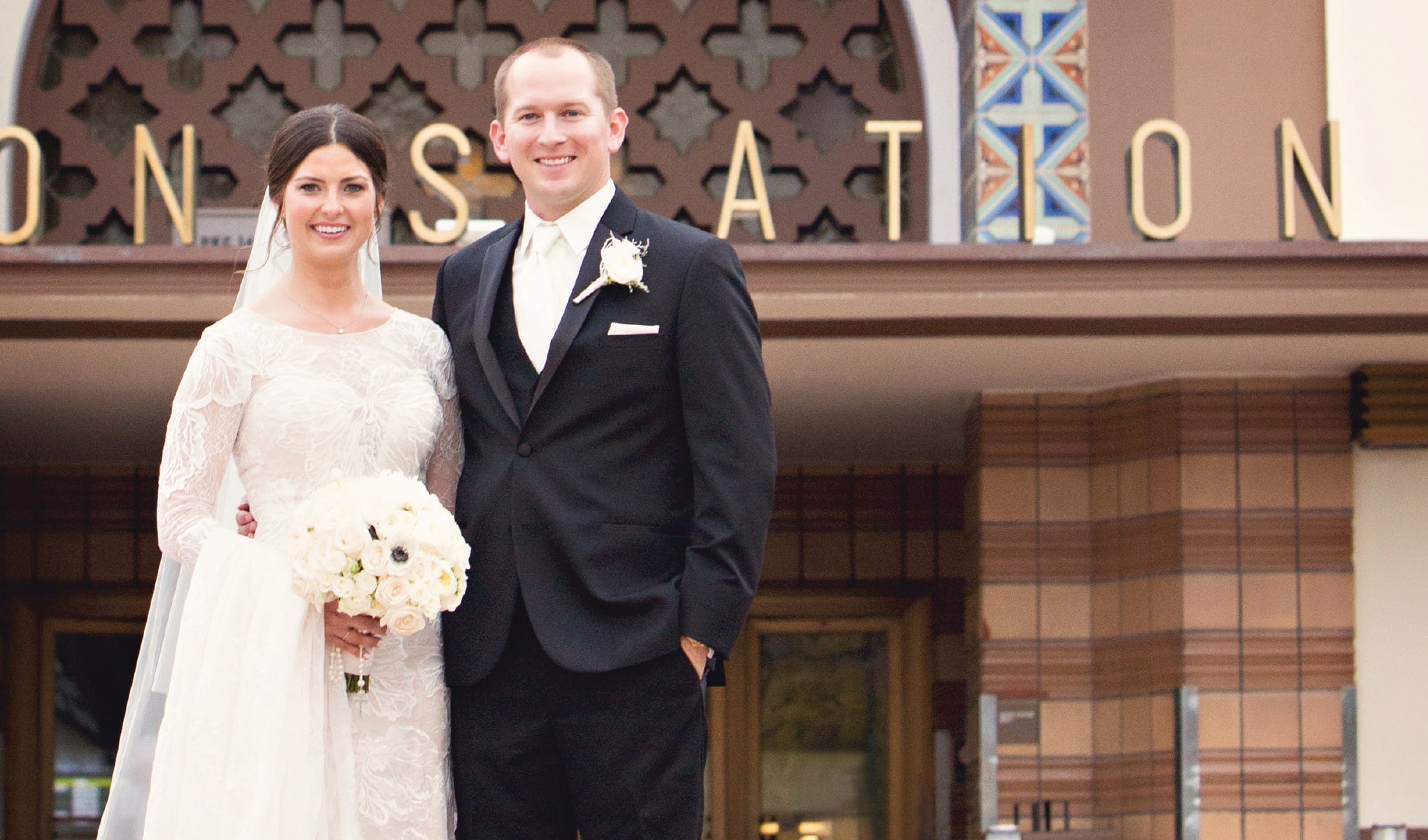 “If you wanna be happy for the rest of your life, better make a Croatian woman your wife…”

Okay, so that’s not technically how the 1963 Jimmy Soul song goes, but perhaps it should have.

Katarina (Dusevic)’s upbringing was very much a part of the Croatian community of San Pedro. “My dad came to San Pedro in the ‘70s from Croatia,” she explains. “Both he and his brother got married and started their families here.” Growing up, Katarina enjoyed participating in a variety of traditional activities, including performing folklore dancing for many years.

Billy, according to Katarina, “had an all-American upbringing on the hill,” including playing baseball at Peninsula High School, where the couple both attended and met in 2005. Though they often ran in the same social circles, their love story didn’t officially start then. “Billy claims he tried to get my attention a couple of times while back in school,” says Katarina. “But to this day, I don’t buy it.”

About ten years later, Billy enjoyed a trip to the Balkans. While traveling, he remembered fondly the Croatian girl he once went to high school with. “One Facebook request, and the rest is history!” says Billy.

The couple dated for two years, and while both shared interests such as a love of outdoor activities, including hiking, paddle boarding, and tennis, the duo also have differences that still compliment one another. “I like to think we are the perfect yin and yang couple,” says Katarina. “I am very emotional and he is very logical.”

Billy’s logic certainly came in handy on March 5, 2017. Planning to propose, he asked Katarina to go on a walk with him…in the rain. “I was complaining the whole time and being a total brat,” Katarina humorously recalls. After about ten minutes of trying to persuade her to go to a more secluded location, Billy got down on one knee and proposed. As luck would have it, the sun quickly came out just in time for the newly engaged couple to head to Billy’s parents home, where both families were waiting to celebrate.

Later that summer, it was Katarina’s turn to help create a memorable experience. This time, in her family’s homeland. The couple stayed at Katarina’s family home in Croatia, where Billy was able to experience the “selo [village] life.” The trip also included a four-day stop in Ireland, where Billy’s ancestors are from.

The love of family and heritage continued on their wedding day, April 7, 2018, at St. Anthony’s Croatian Catholic Church in Downtown Los Angeles.

The lively wedding reception included family-style dinner and entertainment provided by DJ Bill Lovelace. A Croatian celebration wouldn’t be complete without dessert. “The desserts were endless,” Katarina exclaims. “My mom has baked thousands of cookies and desserts for other friends and family’s weddings, and the favor was certainly returned in kind.”

Though it is difficult to pick a favorite moment of the night, the couple shares a personal memory. “When we sat down to have dinner, I told Katarina to look up and just absorb what was going on,” recalls Billy. “For about a minute, we just sat there, in awe that all the hard work paid off, and all of these people were here for us.” Katarina adds, “It was an incredible feeling.”

Three months after the big day, the newlyweds went on a honeymoon to Bali, Indonesia. They, of course, made time to cheer on Croatia in the 2018 World Cup.

In addition to Katarina working towards getting her Master’s Degree in Counseling from LMU in May, the couple hopes to continue their love of travel and visit as many destinations as possible. They later hope to start a family, and pass down their inherited pride in their culture, while also creating their own special traditions for the next generation.

Billy and Katarina currently reside in Rancho Palos Verdes. Billy is an account executive for Bridgestone Global Mining, and Katarina is a fourth-grade teacher at Holy Trinity School in San Pedro.