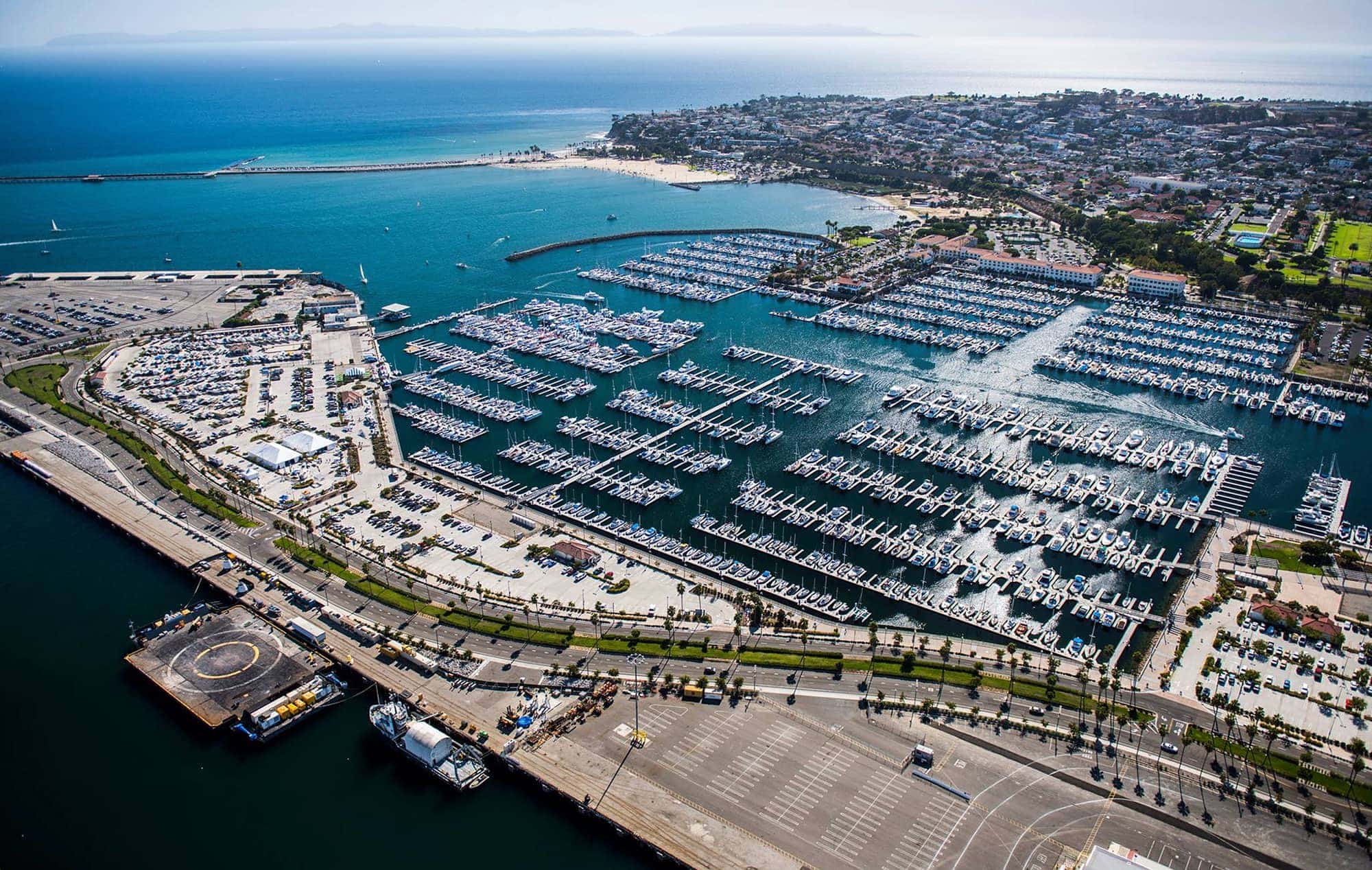 What’s Up With the Waterfront?Updates on the Ongoing Developments Along the L.A. Waterfront

The Port of Los Angeles continues to move forward with extensive development that will create jobs and bring new restaurants, retail stores, and a large entertainment venue to the waterfront.

“The Port is focused on the development of the San Pedro Public Market and AltaSea and delivering both of those projects. We have made a lot of progress in the past year to get to where we are now,” states Mike Galvin, Director of Waterfront and Real Estate, Port of Los Angeles. “There are also other development opportunities that have come to market in the last year,” he adds.

An overview of these waterfront development projects include:

Cabrillo Way Marina, located near 22nd Street and Miner, was rebuilt 10 years ago by the Port who owns the property. This area, which consists of 87-acres of a land parcel and water, will be transformed to maximize the location and attract visitors. The Port is currently soliciting developer proposals through the end of January. They expect to get a high profile developer and marine manager out of the process. The request for quotation (RFQ) was extensively publicized to attract interest from marine operators from all over the world that would ultimately create an area that could include amenities like new restaurants and watercraft rentals. The Port will select two to three developers who will submit proposals for the project, and then a finalist will be awarded the contract. The operating marina will be transferred to the most qualified developer.

The goal of the project is to bring another key piece of waterfront development to the forefront. The current marina is managed by the Port through an operator. The Port is considering selling the business and leasing out the land and water to the developer. The 12-acre land site on the corner of Miner and 22nd Street near Brouwerij West, along with the lot across the street adjacent to the marina, will also be part of the project.

The Marina on the west side of the channel, near the DoubleTree Hotel, is working on adding kayak and stand-up paddleboard rentals. There is an opportunity to add more waterfront access, including potential boat rentals and harbor excursions near the hotel.

A new boat yard will be created on the Old San Pedro Boat Works site. The Port went through a request for proposal (RFP) process last year that attracted four qualified developers, and a finalist is being selected soon. A boat yard and maintenance facility is essential to attract more active boaters in the marinas. San Pedro has not had a full-scale boatyard in over 50 years. The old San Pedro Boat Works site will be transformed into a brand new state of the art boatyard within five years. Currently, no facility can provide these services in San Pedro or Wilmington, and there are over 3,400 slips.

The 12.5-acre site of the Outer Harbor Cruise Terminal has been used for events for the last six years, and temporary cruise berthing three to four times a year. Next year, the Port will release an RFP for a cruise passenger facility area and begin construction thereafter. The addition of this terminal is necessary to accommodate the larger ships coming into the port. Three large ships from Princess Cruises and Norwegian Cruise Line will be calling at the Port of Los Angeles next year, and there is limited space at the existing cruise facility. New deployments of brand new vessels with the capacity of 4,000 plus passengers are planned out of the port for possible destinations to areas like Alaska. To meet the market needs, the project is expected to be complete in five years.

The outer terminal has been on hold for eight years due to a sluggish cruise ship market that has been slowly picking up in recent years.

The 2009 San Pedro Waterfront EIR identified the outer cruise terminal as a key component of the waterfront development to create a larger space for cruises lines. According to the Port, every time a cruise ship calls at the Port of Los Angeles, it generates over one million dollars in economic activity in the area. The red car trolley system will continue to be offered to cruise ship passengers coordinated through the San Pedro Chamber of Commerce and the Business Improvement District.

AltaSea recently reached a significant funding milestone and will proceed to the first project in Phase One – the renovation of three historic warehouses. Home to the aquaculture and blue tech business clusters, AltaSea will be activating their business incubator in 180,000 sq. feet of existing warehouse space, and will generate approximately 700 jobs. They are currently in the permit process phase of the project. AltaSea is a campus of ocean-related science and education. Currently hosting tenants engaged in ocean exploration and innovation, they are expected to occupy 35 acres at Berths 56 through 72. Notable tenants include Catalina Sea Ranch, Boeing, and Dr. Robert Ballard’s Ocean Exploration Trust.

AltaSea is a public/private partnership and the Port is their landlord. Instead of paying rent, the Port extracts value through community benefits such as jobs for the community and educational opportunities for kindergarten through doctorate level programs. AltaSea is required to hold a certain number of public events a year like open houses and create infrastructure for jobs and education. The next open house is February 23 at 10 a.m. For more information, visit altasea.org.

Warehouse One, located on the point of the AltaSea peninsula, will be redeveloped into creative offices or a space that coincides and energize efforts at AltaSea and provides different amenities. The Port will begin to seek private development proposals in the second half of this year.

Improvements and expansion will begin this summer at the Cabrillo Marine Aquarium, and staff will be moved to trailers in the north parking lot. Plans include the addition of an expanded gift shop and café. Also, the Susanne Lawrenz-Miller Exhibit Hall will receive a significant update. Future phases call for a new tidepool touch tank, a new building to house staff and the aquarium’s extensive collection, and additional exhibit space. This summer, they will open the Happier Camper, which is a small food truck offering gourmet coffees, packaged salads, sandwiches, and other goodies. They recently added a deck and two John Van Hamersveld murals. For more information, visit cabrillomarineaquarium.org.

San Pedro Public Market is a recreational-themed destination along the waterfront that will include restaurants, shops, and year-round entertainment. The 42-acre site is slated to include a food hall with local and regional restaurants alongside a working port. Talks have begun with local restaurants in town considering a second location and other food vendors. A 5,000-seat entertainment venue will be promoted by Nederlander, who produces events at the Greek Theatre and the Hollywood Pantages Theatre. A playground, games, garden, and a dog-friendly area is also planned. The market is an integral part of the overall waterfront development as it connects downtown with the other projects. It is expected to open mid-2021. There will be improvements made to the existing parking lot and parking added across Harbor Boulevard and down the street. Peak cruise business is during the winter and visitors to the waterfront are typically higher in the summer months. If managed correctly, visitors to the area will even out for parking optimization. The Port will be reviewing parking and signage as the projects progress. For more information,
visit sanpedropublicmarket.com.

Other projects on the waterfront include the addition of a public promenade and town square. The current marine fueling station is moving out and will create a possible opening to bring the Battleship IOWA to an area adjacent to the San Pedro Public Market, near where the concert venue is planned. The former building of Canetti’s Seafood Grotto may be reopening as a second location of a current restaurant in San Pedro. A Rubber Tire Trolley and a water taxi are also being considered for future development.