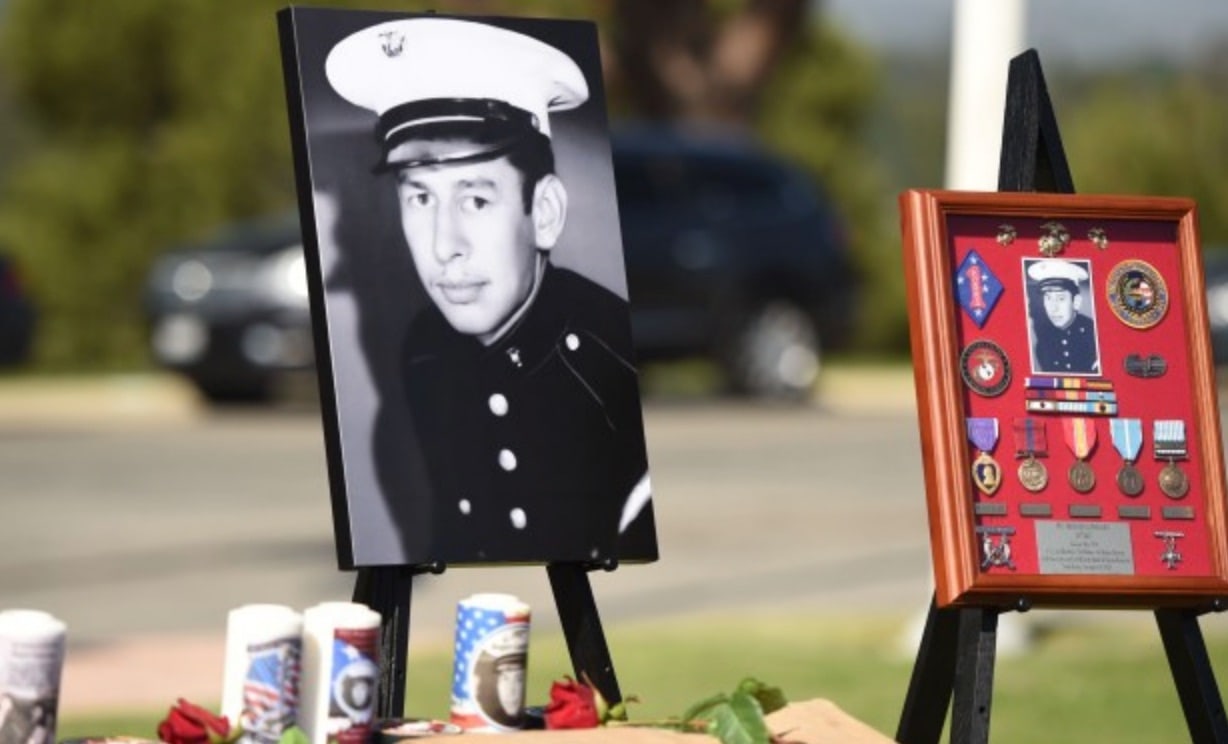 It’s either a failure of our educational system or the fault of preening politicians who can’t say no to a photo op, but when did we begin confusing Veterans Day with Memorial Day?

These are two distinct holidays honoring two distinct groups of people. Memorial Day is the day set aside to remember the men and women of the armed forces who died in service to their country. Veterans Day is the day we salute all who have served, in war and peace.

I bring this up because of two events this past Veterans Day in which San Pedro’s Roger Gonzales was honored. Gonzales, who was killed during the Korean War, received much publicity when his remains were recovered and buried in Green Hills. He had a solemn and dignified military funeral, richly deserved after 68 years. The holiday for heroes like him is Memorial Day.

San Pedro is full of living veterans, Green Hills is full of dead ones, from WWII to Korea and Vietnam. It would have been much more appropriate for the Los Angeles City Council or the USS Iowa to honor any one of them.

Two come immediately to mind. One is Harold “Hal” Garvin, who died Sept. 20 at age 94. Garvin was a WWII veteran who survived 50 missions as a crew member of a B-24 Liberator with the 759th Bomb Squadron. A Gardena High graduate, he returned from the war and began a teaching career at Dana Junior High in 1948. Three years later he moved to San Pedro High, where he taught history for 10 years before joining the faculty at Harbor College. He taught history and political science from 1961 to 1978. In 1979, he was elected to the Los Angeles Community College Board of Trustees, where he served 12 years.

I first met Garvin at Harbor, where I enrolled in his political science course in 1969, and we reconnected decades later through email after he read one of my columns. That’s when I first learned about his wartime experiences, which can be heard in an audio interview he gave in 2005 to Robin Williams as part of the Veterans History Project. (A Google search of his name and the Veterans History Project will take you to the interview.)

In light of Roger’s story, another deserving honoree would have been his late cousin, Freddie Gonzalez (with two z’s), who died in 2002 at 72. Gonzalez, like Roger, was a native San Pedran who grew up in the same La Rambla neighborhood. He was a year older than his cousin and joined the Marine Corps Reserves soon after graduating from San Pedro High. He urged Roger to join up after he graduated.

When the Korean War broke out, they were both called up and remained together as members of the 7th Marines’ Fox Company. The company’s heroic role in the legendary battle of the Chosin Reservoir is told in The Last Stand of Fox Company: A True Story of Marines in Combat. The book details the unit’s nightmarish struggle from November 27 to December 4, 1950, in subzero temperatures while surrounded by thousands of Communist Chinese. This include Roger’s death on the first night from a sniper’s bullet and Freddie’s recurring role in the defense of Fox Hill.

Freddie did not survive unscathed. Like most of his foxhole buddies, he suffered severe frostbite to his feet, the affects of which hampered him the rest of his life. He returned to San Pedro, married his high school sweetheart, Delia, who still lives in San Pedro, and they raised seven children at First and Patton, not far from his parents’ home. Freddie eventually went to work for San Pedro Boat Works and retired after being injured.

Asked if his dad ever talked much about the war, oldest son Jimmy said, “He would give us bits and pieces over the years but didn’t talk about the actual war until I was in my 20s. He opened up about it. Most of the time he talked about it, he felt sorry for the Chinese; he saw how underfed and underarmed they were. He felt bad he had to kill a lot of those guys.

“He was always fairly stoic about it, just did his job and tried to stay alive like everybody else and keep his buddies alive. He was very proud of the service and proud of his country.”

Jimmy once told Ron Gonzales, another cousin of Roger and Freddie, “From the time I can remember, I don’t think I ever saw my dad cry. It could possibly be because of the things he did and saw for those seven days of his life. However, it did give him an appreciation of life and an extraordinary sense of humor. He was almost always in a good mood. He loved his kids, but also just about every kid he met. I never asked him, but I think Roger was never far from his thoughts and prayers.”

Continuing the military theme, San Pedro native Michelle (Duval) Ule has a new book out, A Poppy in Remembrance, a WWI coming-of-age novel. The protagonist is a woman journalist who comes to know evangelists Oswald and Biddy Chambers, the subjects of Ule’s excellent biography that I reviewed here last year.

You can find more information about the book at Ule’s website (michelleule.com). The book is available at amazon.com.