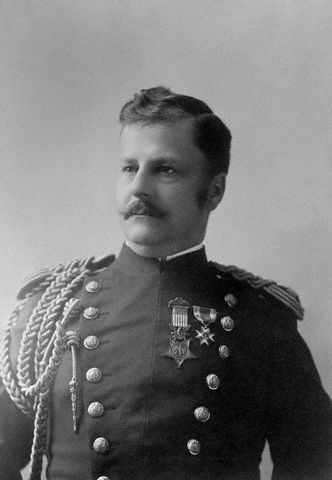 This Month in San Pedro HistoryThe Back Page

January 3, 1543 – Juan Rodriguez Cabrillo died. He was the first European to navigate the coast of California. He was a native of Portugal who had gone to New Spain (Mexico) and then sailed up the coast and landed in California. His imposing statue towers over the bay at Cabrillo Beach. Cabrillo originally named the San Pedro area Bahia de los Fumos (Bay of Smokes) after observing smoke emerging from the hills. This came from the largest Native American village in the Los Angeles area. There were 1,500 huts in the village. Once a hut became old and unserviceable, the inhabitants would burn them. It is believed that the smoke from these burning homes was what Cabrillo saw. The village area was near Point Fermin, between Gaffey and Western.

January 10, 1914 – Property reserved by President Cleveland in 1888 to be used as a military reservation was named Fort MacArthur after Lieutenant General Arthur MacArthur, Jr.

January 14, 1860 – Gov. John Gately Downey became Governor of California. He was born in Ireland on June 24, 1827, moved to the U.S. in 1842, and to California in 1849. A businessman, he was elected to the L.A. City Council and in 1852 he was appointed the port collector in San Pedro. He had purchased 2,400 acres of Rancho San Pedro, along with Phineas Banning and Benito Wilson, for the purpose of laying out the new city and harbor. In 1865, he became a Trustee of Phineas Banning’s Pioneer Oil Company, the first oil company in California. He was the Founder of the Historical Society of Southern California, located in Los Angeles.

January 15, 1865 – Letter from President Abraham Lincoln to Phineas Banning thanking him for saving California through the Wilmington Drum Barracks during the Civil War. Phineas Banning organized the first oil company in California known as the Pioneer Oil Company. He wanted to find something to replace whale oil, which stank so badly. He was a state senator in Sacramento at the time, and a leading light in business in San Pedro’s harbor and shipping industry. His own ranch in Wilmington became one of the most prolific oil finds in history.

January 24, 1809 – Juan Jose Dominguez died. He had the original land grant issued by Spain of 75,000 acres, which was known then as Rancho San Pedro, and included what is now Redondo Beach, Torrance, Gardena, Compton, San Pedro, Wilmington, Lomita, Harbor City, and Carson. This was the first large land grant in California to be issued to an individual by Spain.