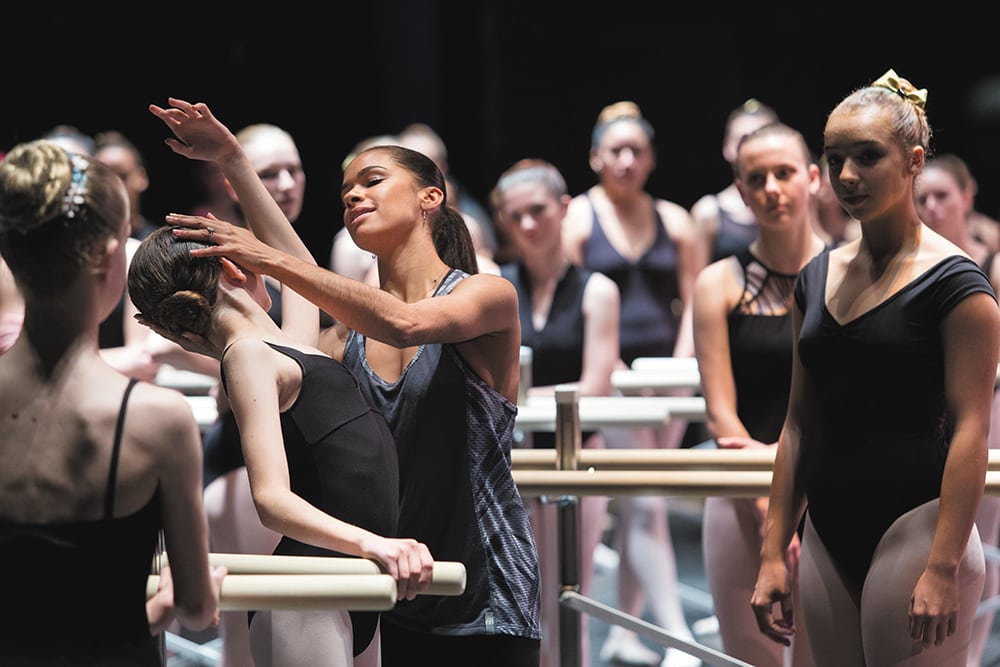 The New Generation: The Theater’s Rebirth as a Performing Arts Venue

When Lee Sweet, a City of Los Angeles Department of Cultural Affairs employee, first came to the Warner Grand Theatre in 2000 to be its business manager, Ray Kaufman, the program manager, gave him a tour. Lee remembers being surprised at the place’s condition and his small budget, but he could see the potential. He planned to continue showing films while also attracting performing arts events.

Around that same time, Susan Wilcox, a San Pedro resident, found out about a documentary being shown at the Warner Grand Theatre. She worked at USC and liked to join friends in Downtown L.A. to see movies. This time, she invited them to San Pedro to see the film and get a look inside the Warner Grand. Susan was “shocked that it was such a good film and yet virtually no one was in the audience.” She was inspired to start her own film series at the theater. “Here was this incredible venue in my own backyard; I needed to help activate it.”

Thus was born the “Foreign Film Featuring” series, which ran for ten years. “The original series was four foreign films with food themes,” Susan continues. “We sold out nearby restaurants for related dinner parties. It was so much fun that we continued with the themes of friendship, family, fun, fearlessness, and so it went. I produced 20 series and more than 100 programs, including sing-a-longs and classics with costume contests. Throughout the decade, we built a loyal Warner Grand audience that went on to attend and support many different events at the theater.”

Susan was also playing another role. In addition to running her film series, she and her committee were recruiting other arts groups to help fill the theater’s calendar. They wrote letters to area producers and were lucky enough to attract the interest of the Golden State Pops Orchestra and the Long Beach Opera.

“That’s when the theater started getting some momentum. Grand Vision was just getting its feet wet as a fundraising organization, but we also saw that an audience would come with the right outreach,” remembers Liz Schindler-Johnson, executive director of Grand Vision. But to keep audiences happy, the theater needed urgent repairs. “It was so cold that people had to wear coats while watching a movie, and the springs in the seats would poke into you,” Wilcox remembers. 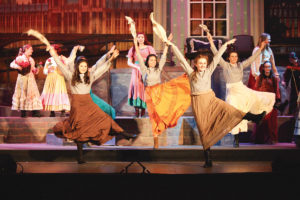 “We tried to raise funds by producing some concerts and summer youth musicals, but that was too sporadic to be effective,” Schindler-Johnson continues. “We realized our role was to go out and find a way to fix the building itself.” (Read more about that effort here.)

In the early 2000s, another intrepid group was making its mark on the theater: the San Pedro City Ballet. “The Warner Grand is a magical and meaningful place,” says Cindy Bradley of the San Pedro City Ballet, which she co-directs with her husband, Patrick. “We started 27 years ago, and we wanted to open up the world of ballet to the kids in the area. The Warner Grand has been an essential piece of making this happen. It has become our home for the annual Nutcracker performance, and it has all the features to give the dancers a professional experience.”

The ballet’s biggest star is Misty Copeland. She danced on the Warner Grand stage for the first time in 1996 in a production of the classic ballet Coppélia, a memory she captured in an illustrated children’s book she recently authored called Bunheads.

Now Misty is a principal dancer with the American Ballet Theatre and one of only a few African American principal ballet dancers in the world. “Misty is really changing, maybe even saving, ballet,” Cindy muses. “She’s opening doors for other people of color, she tells her story to children around the world, and she came back in 2016 to do a master class at the theater, which helped establish our Dance Education scholarship fund. In 2020, we had six high school graduates from diverse backgrounds who all are now in college. Some were from high risk, low-income families.”

MANY HAVE ENTERTAINED ON THIS STAGE
Theatre Manager Lee Sweet has always put the presenters first and center stage. With no event production budget or funds to hire sufficient staff, Lee has made the theater tick by offering affordable rates and nurturing community presenters, many of whom are youth-oriented. Lee has widened the sense of ownership and created a big tent of producers who return time and again to present at the theater.

Before the pandemic-related closure in 2020, some of the theater’s frequent producers were Rolling Hills Prep School for their annual musical, Grupo Folklorico Sabor de Mexico, a youth dance group, and the San Pedro City Ballet. The Golden State Pops Orchestra, once a mainstay, may be back in the coming years. Encore Theatre Group, producers of musicals starring local youth and adults, has made the theater their home, helping to bring and maintain a wide audience. “We were attracted by the theater’s beauty,” says Encore director Carla Rojo, “and are fortunate to have been embraced by the local community.” A local middle school student, Drake Nash, said he was “inspired to become an actor when I was six years old” by Encore’s production of Shrek.

Another long-term user of the Warner Grand is the Long Beach Opera. This innovative group has premiered many of its shows at the theater, including The Central Park Five by Anthony Davis, which won the Pulitzer Prize for Music in 2020.

The Warner Grand has also hosted some top performers over the years, too many to mention. Some highlights include concerts by jazz artist Diane Reeves, the LA Phil (three times), and shows by the Ramones, Leo Kottke, and Al Hirt, comedians George Carlin and Hannibal Burris, spoonbender Uri Geller, and concerts by Band of Horses, Dishwalla, Michael McDonald of the Doobie Brothers, Gary Wright (“Dreamweaver”) backed by members of the Stone Temple Pilots, Miguel, Chris Cornell of Soundgarden, the Goo Goo Dolls, and Jackson Browne. 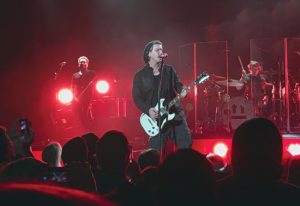 In the 1980s, Madonna drew crowds during a photoshoot by Herb Ritts, and Dennis Rodman was sighted doing an interview at the theater in 2018. Other prominent guests who have graced the stage include actors Tippi Hedren, Michael York, Betty Garrett, Pat Boone, author Ray Bradbury, and Robert Towne, author of the Academy Award-winning screenplay for the film Chinatown.

Sweet remembers his favorite event, when the famous primatologist Jane Goodall came to speak in January 2013. “We have never had a bigger audience. People were sitting on the stairs. Betty White was here to introduce her; what a great night.”

It’s also been the backdrop for many TV shows, including Melrose Place, The OC, Heroes, Party of Five, Monk, and HBO’s Perry Mason.

WHAT IT ALL ADDS UP TO
Over the years, the Warner Grand has faced many threats, but probably the worst of all occurred in the early morning hours of November 2, 2015, as the building next to the theater was engulfed in flames. Schindler-Johnson witnessed the love for the Warner Grand firsthand. 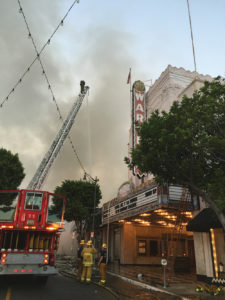 November 2, 2015: a fire engulfs the building next door to the theater. (photo: Liz Schindler-Johnson)

As the fire raged, she was called to the scene by then Battalion Chief Ronnie Villanueva, a San Pedro resident whose daughters had acted in both Grand Vision youth musicals in the early 2000s. He gave the instructions to protect the theater. It was the firefighters on the roof, with their backs facing east, shooting water into the fire away from the theater that saved it.

Moments like that make us realize what a precious gift it is to still have the Warner Grand Theatre in the San Pedro community — turning 90 this year and going strong. A generation of young people have been raised with the theater in their lives and woven into their education.

Someday in the not-too-distant future, there will be another San Pedro High School grad, like Misty Copeland or R&B singer Miguel, who will rise to great heights of fame. And many more young people will find their calling as television executives, lighting designers, and other entertainment industry workers because they were inspired and motivated by the theater. Still, others will find their visits to the theater just made them happier, more well-rounded people.

However, the theater impacts each one of us personally; we are lucky to have such a spectacular public building in town that helps young people find their path and brings everyone in the community together. WGT