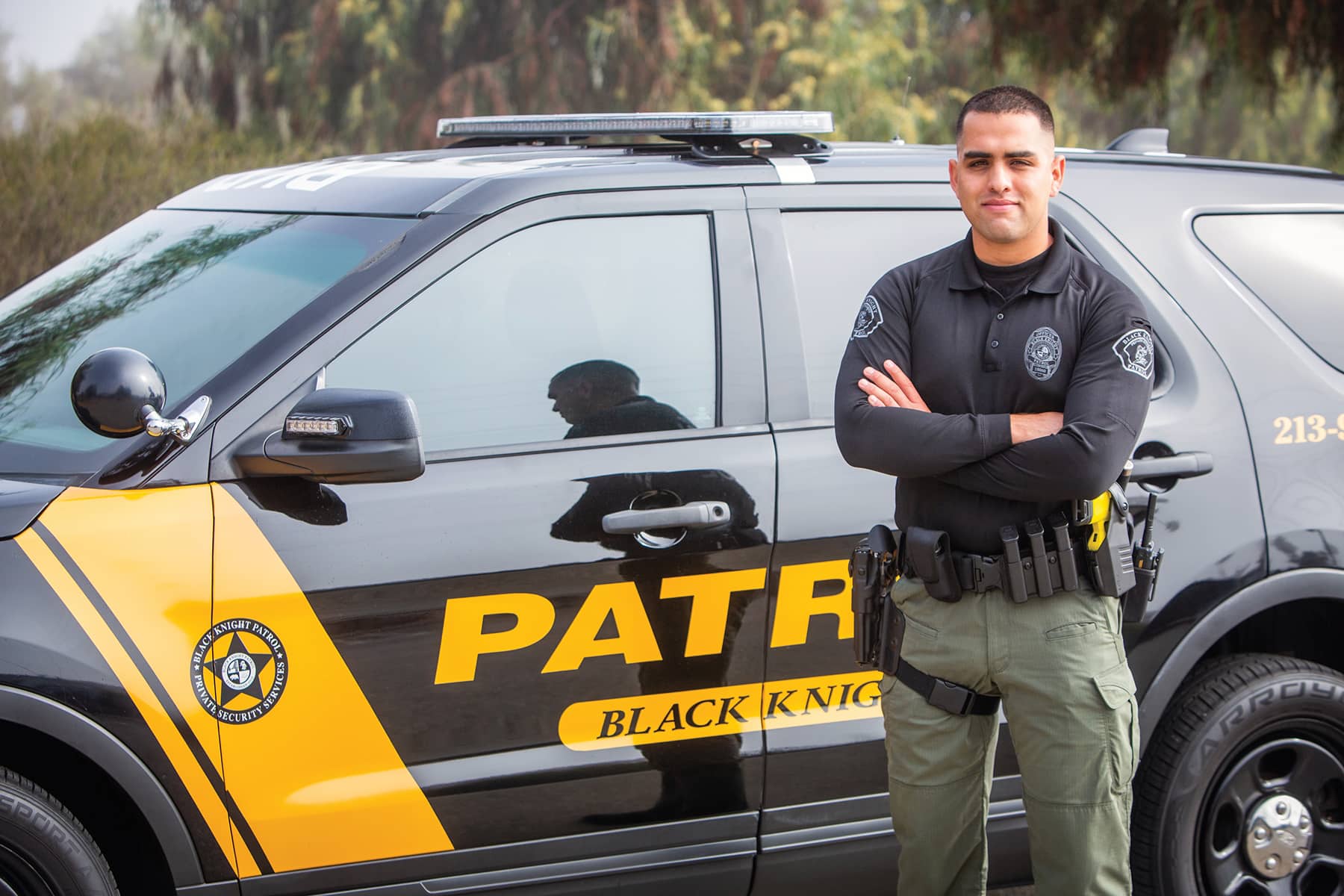 Once upon a time, a young man from San Pedro aspired to protect his hometown. Now Manuel Jimenez is the CEO and president of Black Knight Patrol, a private security company celebrating its fifth anniversary. 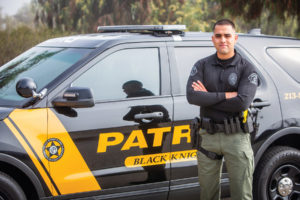 Born and raised in San Pedro, Jimenez attended 15th Street Elementary School, Dana Middle School, and San Pedro High School Police Academy Magnet, where he served as senior class president, showing an eagerness to lead at a young age. At age 14, he enrolled in the LAPD Cadet program, where he would serve as a cadet for four years. It was here that he gained his first experience with law enforcement and security. Additionally, Jimenez found a love for charity and worked tirelessly doing community service.

The program provided him with a sense of belonging. After graduating from high school, Jimenez enlisted in the United States Marine Corps and served as an active Marine for four years. His service inspired him to found Black Knight Patrol.

“I always wanted to become a cop, [but] now I think I can make a difference and a change in the private sector, both with our community and our employees,” says Jimenez. “Being able to employ and create jobs here in San Pedro is a reason why I wanted to continue being part of the community.”

Black Knight Patrol is, at its core, a private security company. But as the last five years have progressed, they have made themselves a San Pedro staple. The patrol services Los Angeles County, Riverside County, Ventura County, and Orange County. Their clients range from San Pedro Fish Market and Toyota Arena in Ontario to the Waldorf Astoria in Beverly Hills. Jimenez has a staff of over 120 employees and hires many veterans. According to Jimenez, about 30% of his staff are from San Pedro.

“The discipline the Marine Corps instilled motivated me to always be driven and give everything 100%,” says Jimenez. “Uniformity is really big for us, [as is] military discipline and always striving to achieve perfection.”

When hiring, Jimenez requires all staff to already have obtained a California “guard card.” Once hired, the recruits are trained and earn their baton, pepper spray, and weapons permit. “We have a whole training division here that shows they are qualified to possess these permits,” says Jimenez. “I think it’s just having a good attitude, a good personality, and the drive to want to work here. We are firm believers that the patrol is the extension of our clients.”

The guards are expected to make good impressions, as they are often the face of the hospitality locations. As long as the patrol has been in existence, they have yet to use lethal force. The team relies heavily on verbal judo and de-escalation tactics. “That’s not to say we are not going to protect ourselves or the public,” says Jimenez. “We always try to resort to de-escalation. At the end of the day, we just want individuals to leave our premises peacefully.”

Black Knight Patrol is heavily involved in the San Pedro community. Jimenez has created a prosperous relationship with the LAPD and even teamed up with them at the beginning of summer 2020. The project in question is the Ice Cream Patrol, an initiative to give out 5,000 ice cream treats. Moreover, Jimenez and his team put on an annual Veteran’s Day event where they feed over 1,000 veterans and other community members aboard the Battleship USS Iowa. This year’s Veteran’s Day will signify the fifth anniversary of Black Knight Patrol.

“We like to say we’re very engaged with the community,” says Jimenez. “We have a very diverse group of individuals that strive to leave an imprint in the community, whether it’s here in San Pedro or other locations where we have clients.”

Black Knight Patrol utilizes social media in an appealing way as well. Sharing posts with daily updates and fun facts, the patrol connects to the community with their authentic content. On Instagram, the regular postings present the patrol as a friendly team that is determined to protect the community. The account shares photos showing client locations or “Fleet Fridays,” where they show off Black Knight Patrol’s vehicles. The patrol also has a YouTube account with short video explanations. The videos range from more “Fleet Fridays” to footage from their community outreach events. 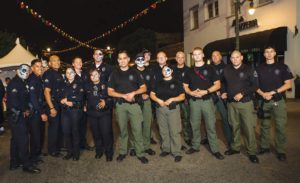 “Reliability and accountability are two things that rise to the surface for me,” says Weaver. “[They] go above and beyond what they’re contracted to do with us, as far as services. They’ve done philanthropic types of donations with us.” Not only did Black Knight Patrol take initiative on creating hygiene kits for the residents, but Weaver has noticed that the people at the site create a welcoming environment. “What is really important to us at these sites is having responsiveness,” says Weaver. “They’re never hesitant to respond to any concerns or issues that we have, and I think that’s really important.”

In the future, Jimenez hopes the patrol will continue to work closely with the community and take on bigger projects with LAPD. He also adds that there is always room for growth. “Our long-term goals are to continue to grow and employ military veterans and deliver the utmost professional security service,” says Jimenez. “It’s all about changing the views of how people view security and continue to provide services to our clients throughout Southern California.” spt