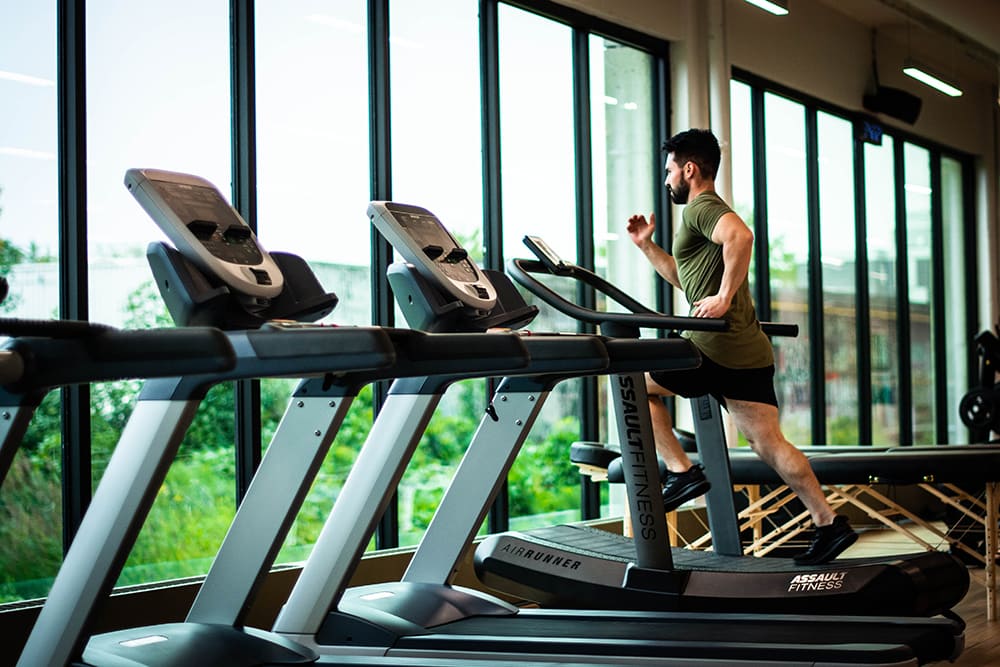 A while back, I was talking to a client who had just lost 100 pounds. As we were chatting about his own fitness journey, he kept saying, “If you saw me at my biggest, you would not have recognized me.” He then pulls out an old cell phone picture, and as he and I stare at it, he says, “Shoot, I don’t even recognize that guy anymore.”

I was absolutely astounded by his transformation. He had spent a significant portion of his adult life weighing well over 300 pounds, and one day, seemingly out of nowhere, decided enough was enough. And now here we are a few years later, he lifts and trains hard. At the gym, in his garage. He doesn’t stop. An active and healthy life is a part of him now.

I kept picking his brain because I wanted to know – what changed? How do you go through each day living one life and suddenly, at the turn of a dime, completely change into another? How can he lose 100 pounds when others can’t seem to lose 10?

These are the questions I flung at him as I was trying to solve this riddle. He said, “I can’t speak for anyone else, but for me, I can recall the exact moment. It happened at work. One day I’m at my locker, and I see a woman and two kids clearing out a space a few lockers down. They looked devastated. I recognized the woman as the wife of a coworker who just passed away. He had died of a heart attack a few days prior. Now here they were, grabbing his belongings. A wife without her husband, kids without their father.

“I finished changing and left, but that moment hit me hard. I kept thinking, ‘If I keep up the way I’m going, not taking care of myself, sooner or later it’s going to be my wife and kids clearing out my locker.’ That’s what did it for me. I had numerous reprimands from doctors and relatives over the years to watch my weight, start exercising, etc. But none of it seemed to stick until that day. I started exercising the very next day and haven’t stopped since.”

He told me that story a couple of years ago, and I never forgot it. I’ve been thinking about it recently with everything going on. Pandemics, riots, curfews, and economic instability. 2020 has thrown nearly all of us crisis after crisis.

I don’t know about you, but one of the lessons I’ve gleaned this year and have had burned into my psyche is the idea that that which you ignore/delay/avoid/put off does not go away. It only gets worse.

We all, at one time or another, have had a problem or challenge we prefer not to deal with. The debt that’s not going away, the cholesterol that’s climbing, the relationship we’re neglecting. All of these things are painful to look at, so we sweep them under the rug and try to ignore/delay/put off the best we can. The problem is: problems earn interest. The longer you let them sit, the longer you pretend they don’t exist, the bigger they become. And sooner or later, you won’t have the option to not deal with it; the choice to deal with it will be made for you.

The client I talked about saw what was ahead if he continued down the path he was on, so he woke up and did something about it. Now you may have all your ducks in a row, but if not, you probably know the feeling. If you do, here’s something you need to know: problems cast long shadows. They always appear bigger and more overwhelming than they really are. But I’ve never encountered a single problem that wasn’t made drastically better by sitting for 30 minutes to clearly define the problem and naming three to five steps you can take to make it better.

And if you find, while the world opens up, that shedding the Quarantine 15 is one of those things on the list – you know where to find me. spt