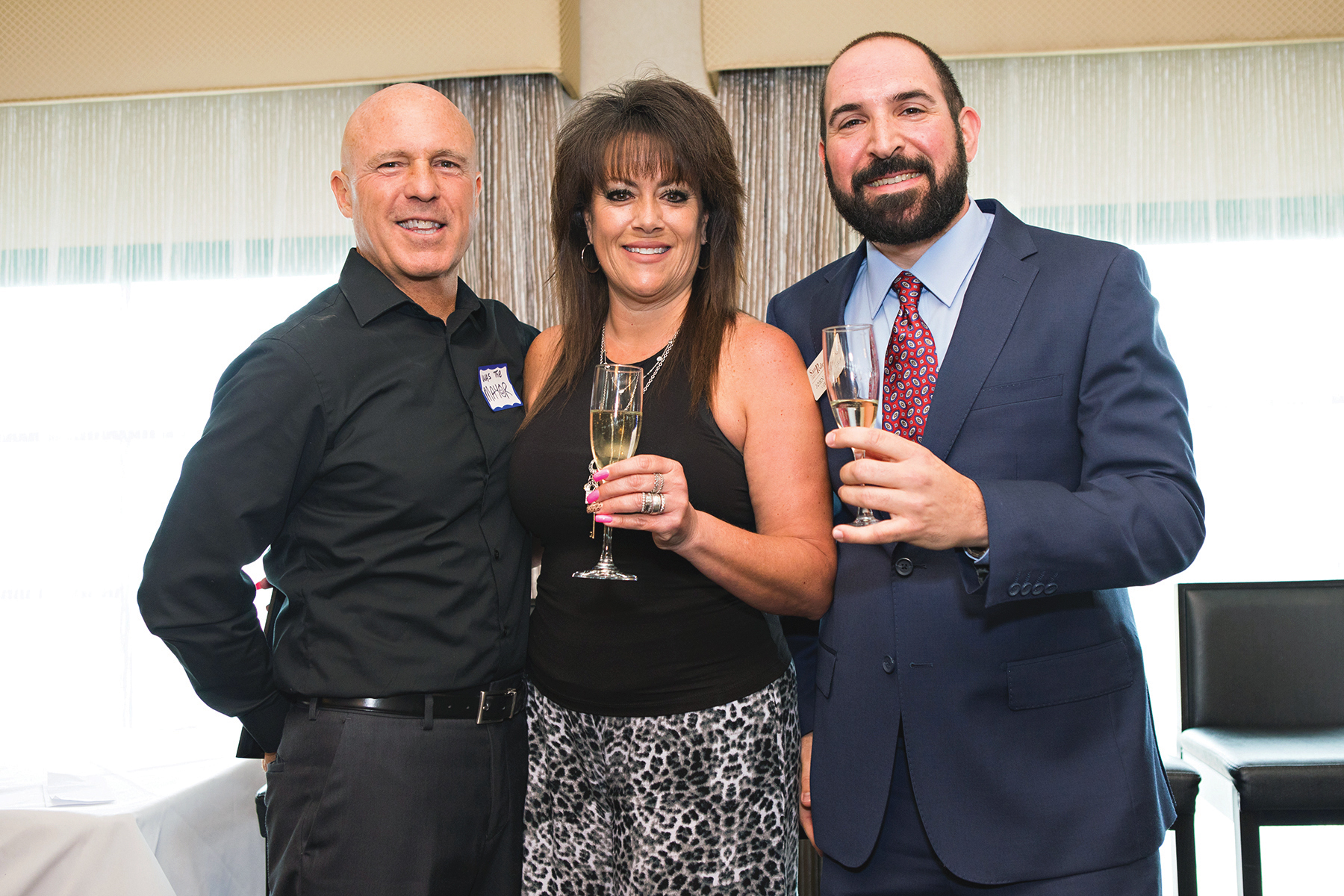 Pam Costa is having a moment. The mastermind behind two winning Honorary Mayor of San Pedro campaigns, Costa decided 2019 was her year to step out of the background and into the spotlight. The leadership director at Port of Los Angeles High School, Costa raised $47,774 for three local charities (Maria’s Closet, Pedro Pet Pals and Port of Los Angeles High School), which guaranteed her a victory over five other candidates: Ryan Blaney, Rudy Caseres, Manuel Jimenez, George Palaziol, and Humberto Raygoza. To top it off, she’s taking over honorary mayor duties from her husband, Domenic Costa, who just finished his two-year term. San Pedro Today caught up with the new honorary mayor to discuss her winning method, why she decided to run herself, and what she’s looking forward to as Honorary Mayor of San Pedro.

You’ve been the behind the scenes mastermind on two successful honorary mayor campaigns (Domenic Costa and Dave Martinez), why did you decide to step into the spotlight this time and run yourself?

Pam Costa: I decided to run because I absolutely love my charities. Two years ago, Ronna Luna (president of Maria’s Closet, a charity that supplies prom dresses to girls in need), approached me and asked me to be on their board of directors. I would be running the events and fundraisers associated with the charity. When you meet Ronna, you are automatically drawn to her passion for this charity. I knew immediately that I wanted to be a part of it. I knew running for honorary mayor would be a perfect way to raise money for her. Then there is Pedro Pet Pals, and the founder, Theresa Sardisco, is an angel on earth. Her passion for animals is contagious, and helping her was a no-brainer. Running for honorary mayor brought her into my life, and for that I am truly blessed. Then there is my school, POLAHS. I love this school and love all my kids. Raising money for them is an honor because it will help fund even more amazing programs that they deserve.

Costa: San Pedro is such a generous city! People came to events and had fun! I told my family if I was going to do this, it had to be fun. People wanted to support me and my charities, so they participated in the events that we held.

I did many restaurant fundraisers and am so grateful to the owners that hosted them: Dominick’s Pizza House, Big Nick’s Pizza, Sorrento’s, Buono’s Pizza, Sebastian’s, The Whale and Ale, NUDA, and Pappy’s Seafood.

We did a sing-a-long to Mama Mia [at the San Pedro Brewing Company]. San Pedro Fish Market hosted a dinner and silent auction. Captain’s Treasure Chest gave me a percentage of sales for a week. We did a pub crawl on the trolley and went to three local bars for St. Patrick’s Day. Off the Vine gave us a percentage night. We put on a 5K and had more than 100 runners and also had vendors selling.

The Wingtips played at the Dalmatian-American Club. I baked hundreds of cakes and had bake sales anywhere they would allow me. I had Bunco put on by Ann Esposito. I had a boutique hosted at Theresa Lauro’s home where we also had a swordfish barbecue donated by Dino Lauro. Tom Scotti, my former principal, cooked a five-course meal in my home for 40 people. We had 53 people on a bus to Pechanga and had quite a few big winners! We had a Super Bowl pool and a March Madness pool. These events were so much fun, and I was blessed with all the support.

How many hours did you put into it? How many volunteers did you have?

Costa: I truly worked everyday. I wrote more than 200 letters asking people to donate to my campaign, made phone calls and planned events constantly. I was blessed with an amazing committee of eight fabulous women and the best campaign manager, my husband, Domenic.

Given your experience, did you have a strategy going in, or was a lot of it planned on the fly?

Costa: I definitely had a strategy. My letters were printed and stuffed, ready to mail the day the chamber gave us the go-ahead. I had all my restaurants booked ahead of time. I had five amazing men I was running against and knew I had to work extremely hard.

Aside from the charities, what’s another rewarding aspect about running for honorary mayor?

Costa: I wanted to do it for myself this time. I had been the campaign manager twice and wanted to see if I could do it. I want to help people learn how to fundraise and take the fear out of asking. Being told “no” should make you try harder. I have told Elise Swanson [of the San Pedro Chamber of Commerce] that I want to do speaking engagements and really build up this event. I would like to create more fundraising events for the chamber.

What’s the biggest challenge in running for honorary mayor?

Costa: The biggest challenge is not burning out the community. There were six of us running and the events were constant. We flooded social media, and I am sure people were tired of the words “honorary mayor.”

If there was one thing you’d want to improve about the honorary mayor campaign, what would it be?

Costa: I would really emphasize that if you are going to run, [I think you should] really put your all into it. Your charities benefit not only from the money they will receive but they get the publicity also.

What are you most looking forward to doing as honorary mayor (holiday parade, ribbon cuttings, chamber ambassador)?

Costa: I can’t wait to just get involved in the community. My husband loved riding in the parade, and now I get to. I told Elise, I am here for anything and everything!

Do you have any advice for future candidates about running a successful campaign?

Do you plan on working (or running) another campaign in future?

Costa: We will see. This one really tired me out. I love helping people, so the answer is probably yes! spt