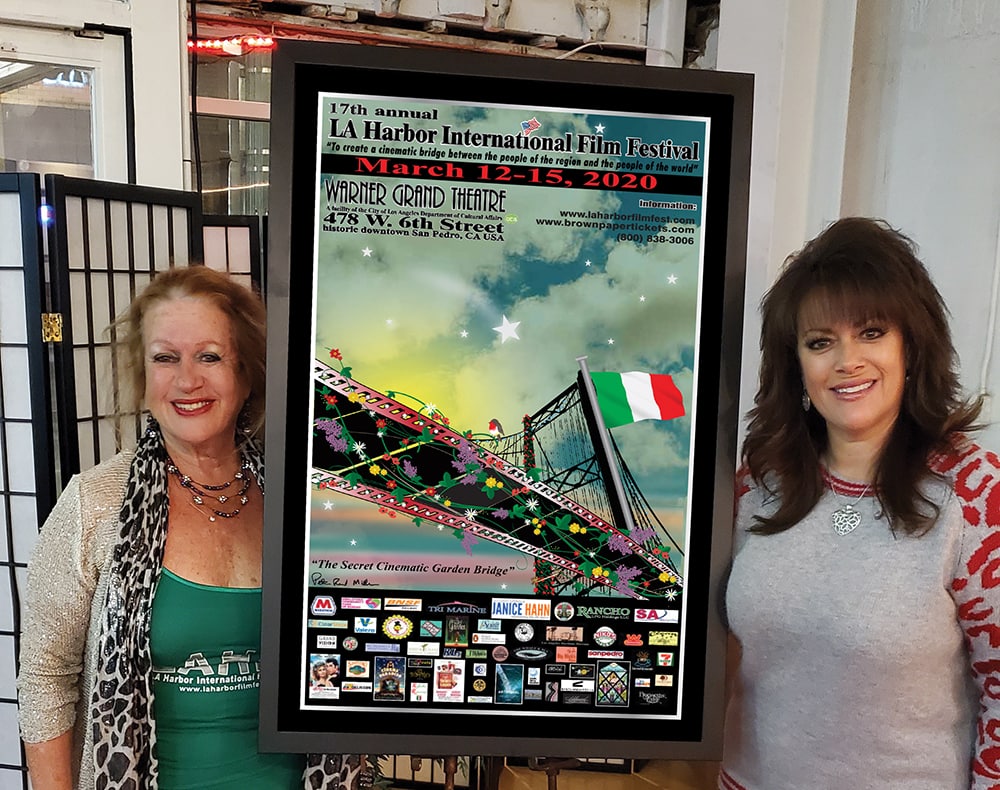 An Italian celebration for the love of cinema and a visit back to Rydell High highlight this year’s 17th annual L.A. Harbor International Film Festival, which runs March 12-15, at the Warner Grand Theatre.

The festival begins Thursday, March 12, with the popular “Read the Book, See the Movie” (RBSM) educational program, which aims to promote literacy and an appreciation for film. This year’s RBSM book/film is Frances Hodgson Burnett’s 1911 novel, The Secret Garden.

“The Secret Garden has been on our list because of its enduring respect with its significant place in world literature,” says festival founder, Stephanie Mardesich. “Thanks to the generosity of Random House Penguin Young Readers sponsorship, students receive the books as gifts, and for many, it’s the first time they have owned a book.” According to Mardesich, 16,000 books have been distributed to students and community members since the program began in 2004. Prior to the film, there will be a brief presentation by the South Coast Botanic Garden about their unique space in the Palos Verdes Peninsula.

“With the designation of Little Italy in historic downtown San Pedro last year, it turned our attention once again to Italian cinema,” says Mardesich. “San Pedro is home to an immense population of Italian heritage who arrived mostly during the great immigration influx of the late 19th and early 20th centuries, many from the islands of Ischia and Sicily who were part of the venerable tuna canning industry, my family heritage. We are delighted to bring the film back to the Warner Grand screen and celebrate our new downtown destination.”

Saturday evening culminates with the annual Hollywood Nostalgia Tribute Night featuring the iconic 1978 film musical, Grease, at 7 p.m. Directed by Randall Kleiser, the film stars John Travolta and Olivia Newton-John as teenagers in the 1950s experiencing love and life, backed up by one of the most popular soundtracks of the 20th century. While this isn’t the sing-a-long version, Mardesich encourages everyone who comes to have a good time and sing all you want.

“We anticipate Grease to be a fun ‘ageless,’ date night, family-friendly time for all,” says Mardesich. “When the audience exits the theatre exclaiming, ‘That was terrific, why don’t they make movies like that anymore?’ It reaffirms our mission to promote and preserve the best of classic Hollywood filmmaking.”

The festival ends as it always does with the annual DocSunday, a day of documentary programming. The day begins at 1 p.m. with the short film, On the Waterfront, which focuses on a variety of environmental approaches to waterfront development in the District of Columbia. The short is followed by the documentary feature, Artifishal (2019), a film about people, rivers, and the fight for the future of wild fish and the environment that supports them.

The festival closes at 4 p.m. with the gospel music documentary, Say Amen, Somebody, directed by George T. Nierenberg. The film explores the history of the faith-rooted musical style.

“This exuberant concert movie is a truly uplifting experience that will bring smiles, cheers, and some tears,” says Mardesich. “We expect a huge turnout from the greater Los Angeles region to enjoy the music, the movie and all San Pedro has to offer.” spt